Urfi Javed is known for her eccentric fashion and thanks to her surname, she has often been linked to Bollywood’s celebrated lyricist Javed Akhtar.
On Saturday, the actress bumped into the legend and shared a picture from their meeting. Joking about meeting her ‘grandfather’, the actress wrote, “Finally met my grandfather today. Also, he is a legend, right in the morning so many people lined up for selfies but he didn’t refuse anyone, chatted with everyone with a smile. He was so warm! I’m in awe.” Urfi has often been referred to as Javed Akhtar’s granddaughter. And after several attempts to clarify the same, Urfi sported a T-Shirt which proclaimed, ‘Not Javed Akhtar’s Granddaughter’. In the past, Javed Akhtars wife, veteran actress Shabana Azmi had also rubbished the rumours and tweeted, “Urfi Javed is not related to us in any way.” 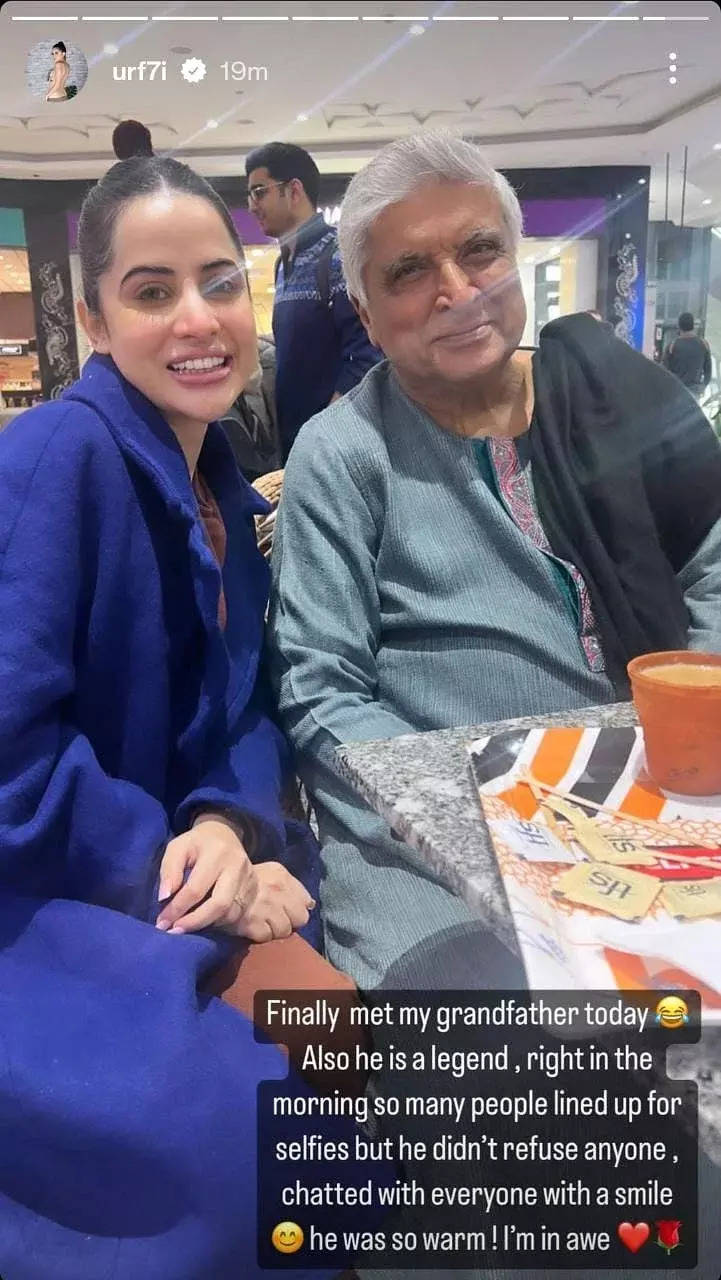 Speaking about the connection, Urfi had told ETimes, “People have cooked up stories just because my entire name is Urfi Javed. But he was never associated with me in any way. All this is just done to troll him and put his name down by associating my outfit controversy with him. But how is that even relevant? Even if his own granddaughter wears anything of her choice what’s wrong with that? Why is he being held responsible for that?”Source