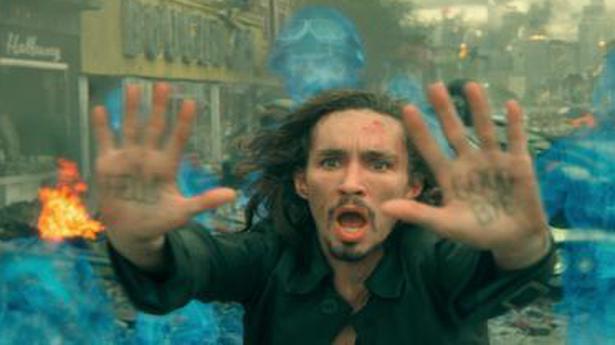 Probably one of the most interesting parts of season two is that the Umbrella Academy troop are dropped off in different years within the 60s of Dallas, Texas, by Five. What’s that, southern America in the 60s? This should definitely bode well. By placing the Umbrella Academy troop in a considerably more contentious time — better known as the ‘Great Society’ as per President Lyndon B Johnson — sees the characters responding to this in revealing ways.

But how great are these times, and does the Umbrella Academy troops prosper or fail in this stifling decade?

Undoubtedly one of the hardest scenes to watch is Allison’s (Emmy Raver-Lampman) interaction in a ‘whites only’ diner, a disturbing reality of during the Civil Rights Movement — a reminder of the Greensboro Sit-in in North Carolina. She has the power to change realities by simply uttering “I heard a rumour…” but she opts out of this in this emotional scene, knowing that if she does, she will affect the ripple of time. Ultimately, the stark reminder of the oppressive segregation of the sixties (and, in many senses, today) has apt timing in respect to the Black Lives Matter movement.

Aidan Gallagher continues to impress as Five, the centripetal force of the Hargreeves’ continual chaos, unity and strength. The old soul portrayal is nailed perfectly by Gallagher, as usual, but we finally see new stresses to him where we see Five crack under ticking time and pressure which may jar audiences a bit.

Continuing to steal scenes, Klaus (Robert Sheehan) brims with witty repartee worth an Oscar Wilde read, as he navigates the socially repressed society of southern America during this time. Leave it to Klaus to find his place in the swinging 60s, be it as a reluctant hippie cult leader or as a guru in Varanasi with devoted disciples who adorn him with hefty garlands. As his drug habit spirals to mute his power of hearing the dead, his journey is somehow one of the most relatable ones this season — hilarity and solemnity.

Diego’s life takes a turn as he ends up in a psychiatric institute where he meets the enigmatic but ultimately likeable Lila Pitts (Ritu Arya) who smuggles bacon in her socks from the cafeteria and calls Diego (David Castañeda) “an open book for very dumb children.” Who couldn’t love that? As the adopted daughter of The Handler (Kate Walsh), she has some secrets of her own but these are worth revealing only as one watches for themselves. Casting Arya as a vital secondary character in Umbrella Academy was a smart choice; one watches the second season and is unable to pull focus away from her during Diego-centric scenes. She is an interesting foil to Diego’s grave vigilante nature, which has been a joy to watch.

Vanya (Ellen Page) has her memories wiped clean and is taken in by a farming family in rural Texas, where she is reshaped by grit, rediscovering her sexuality and the truth of her powers. Her arc has been one of the most emotionally evocative to watch and I often found myself replaying her scenes for the pure nature of them.

Meanwhile quiet Luther (Tom Hopper) finds work for a Jack Ruby, a dodgy nightclub owner who famously shot Lee Harvey Oswald (the man who assassinated President John F Kennedy). Luther, who joins a fighting ring reveals a side of himself we have long been waiting to see, too.

It is hard to sum up Umbrella Academy’s second season without offering up spoilers on a silver platter. But the ten episodes are paced a lot better than the first, given the new sense of urgency. However, the idea of an apocalypse has been done and dusted through the just two seasons of the show, even though there are some appealing twists in some small ways.

Steve Blackman and Jeremy Slater, the show’s creators, have been mindful in retaining the unattainable quirkiness that is unique to Umbrella Academy, though this season understandably takes itself a bit more seriously. Production design, cinematography and music combine to set the tone of 60s: immersive, and a stark contrast from the eclectic ambience of the first season. The smattering of real-life figures adds some shades of reality and anxiety, while not hindering history as it unravels.

Unfortunately, in some scenes including those in the season finale, there is a restraint which can be frustrating for audiences amid the continual tonal transitions. Do watch this with some patience, if not just for Klaus, like I did.

‘The Trapped 13’ documentary review: A sensitive portrayal of the 2018 Thailand cave rescue