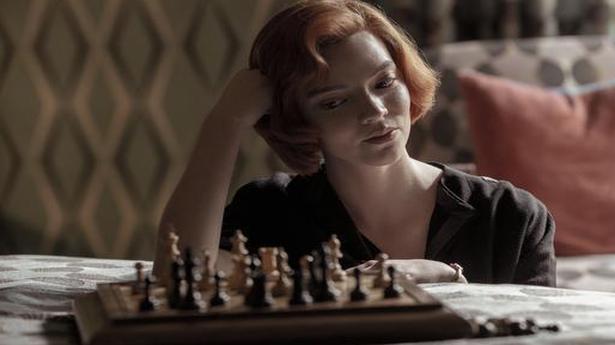 The talented Anya Taylor Joy and Oscar-winning screenwriter-director Scott Frank come together in ‘The Queen’s Gambit’, which makes chess appealing to non-players in mesmeric ways

Since childhood, I steered clear of chess, feeling that the people who often played it were just far too intense — and in some cases, too snobby — for my liking. It always remained an enigmatic sport for the umpteen rules to remember, and the energy seemed way more than what the sport was worth. But yes, I always considered chess a sport; in its essence, it is competitive that exercises some part of the human body.

The Queen’s Gambit, Netflix’s latest psychological-drama limited series based on the eponymous 1983 novel by Walter Tevis, sums up the sport and its pressures through the eyes of Elizabeth Harmon, played by Anya Taylor Joy (The Miniaturist, Glass). Yes, chess is the central nervous system of the series, but the heart and soul is Beth.

At the start of the series, which is set in a Cold War era, Beth loses her mother in a car accident and is placed in a girls’ home until she is adopted by the cheery Alma Wheatley (Marielle Heller) and her stoic husband. Much of the first episode narrates her loss as well as her gain of chess-playing abilities, learning from the orphanage’s gruff janitor, William Shaibel. Unfortunately, during this time, Beth swallows several handfuls of blue and green tranquillisers. These distinct-looking pills would become central to the story later.

Anya Taylor Joy is transfixing as the socially-aloof and checkmate-driven Beth, slicing through chess matches like a hot knife through butter. This noticeable in even the most nuanced movements such as the pensive posture and minute eye movements while she studies the chess-board. Through the series, as Beth meets her matches (no pun intended) across different verticals, audiences are kept on their toes by an unpredictable yet entrancing Joy whose talent is only further stoked alive by Frank’s impeccable writing and directing.

Even as her fame propels her all over the world and sees her gracing the cover of chess magazines, Beth’s exterior in the first few episodes is rarely affected. Only when she meets photographer Townes (Jacob Fortune-Lloyd) do we see a shy warmth, and it is a pining that forges on through the remaining episodes.

The Queen’s Gambit sees an impressive supporting cast, all of whom impact Beth’s life in some shape or form. Tina Gerussi and the rest of the series’ casting team can call checkmate of the groundswell of raw talent in the show.

Following the adoption, Alma’s husband leaves the family ultimately binding mother and child in a unique relationship where Beth’s long-nurtured chess talent sees Alma becoming an agent of sorts, collecting 15% commission on the matches’ wins. Heller shines as Alma, straddling the line as a parental figure and business partner, cementing for audiences that the two are not necessarily traditional mother and daughter, but there is a remarkable symbiosis.

Beth’s enigma draws in many a male admirer. She meets the lovable Harry Beltik (Harry Melling, The Devil All The Time, Harry Potter) who is instantly enchanted by Beth but she does not return his feelings. Melling, in his few scenes across the episodes, is a scene-stealer, occupying a space between unassuming innocence and worldly knowledge, the latter coming to light in later episodes. And then there’s the charming Benny (Thomas Brodie-Sangster, Love Actually) who carries an alluring swagger about him that piques the usually reserved Beth’s interest. Each encounter reveals more about the Beth audiences loves and learns to love more.

But one of the most remarkable relationships is Beth’s competition with Russian champion Vasily Borgov (Marcin Dorocinski). Beth meets Borgov and loses dismally in a match but competing with him becomes something of a mission, though they rarely interact. Dorocinski’s expressions are set in an almost clay-like manner, unmoving even at the most tense nexus of a match which is disconcerting.

Chess, inherently being a visually-charged sport, has to be portrayed on screen thoughtfully. Frank and cinematographer Steven Meizler and editor Michell Tesoro have risen to the challenge of bringing a confusing-to-some sport to the screen for all. The Queen’s Gambit‘s visual elements are only elevated by the smatterings of tilting shots and VFX-melded frames. When Beth falls into addiction, the cinematography reflects this but through nuanced subtlety rather than the cliched manner.

Sound and music are inherently their own storytellers in the series; from composer Carlos Rafael Rivera’s numerous scores each like a fingerprint of a given scene, to the hypnotic sound design by Wiley Stateman. The core sound to series is the chess timer’s ticking, often bringing the audience’s focus to that very moment a match is taking place. It is a sound that is synonymous with the sport and is successfully inserted alongside the most strategic frames.

The series itself is a dark horse from Netflix, having been in quiet production for almost two years. That said, the pace of Beth’s own story is best suited for the steady thrum of a series rather than a one-shot film. The debate of ‘choice versus the only choice’ is resounding across the seven episodes; Beth is a chess pioneer thanks to her good choices and moves, whereas her pull into addicted is justified by anything but. The story is not always an easy watch, perhaps triggering at some parts, but as audiences watch Beth grow, the attachment evolves into something that’s not entirely formulaic to most female-led series.

So, what am I most grateful for watching The Queen’s Gambit? That I wasn’t taught — actively or passively — how to play chess, but rather introduced to the mind-boggling pressure players must surely experience… undoubtedly, the most rewarding feelings taken away from the series are empathy and understanding.