Bollywood star Salman Khan on Wednesday participated in Green India Challenge here by planting a sapling and urged all his fans to plant trees to protect the environment.
Salman planted a sapling at Ramoji Film City where he was shooting for his upcoming movie “Kabhi Eid Kabhi Diwali”.

He was accompanied by Rajya Sabha MP and Green India Founder J Santosh Kumar and his film crew.

I have accepted #GreenindiaChallenge from @MPsantoshtrs garu and I have planted saplings at Ramoji Film City . I re… https://t.co/xHa5Mk20Fk

The actor appreciated the mission taken up by the MP. “Planting trees is a very good thing. I don’t know why people take interest in cutting trees. It is said that when a man stops growing, you should plant a tree. Tree is a still man and a man is a walking tree. This bond is very important,” Salman said. 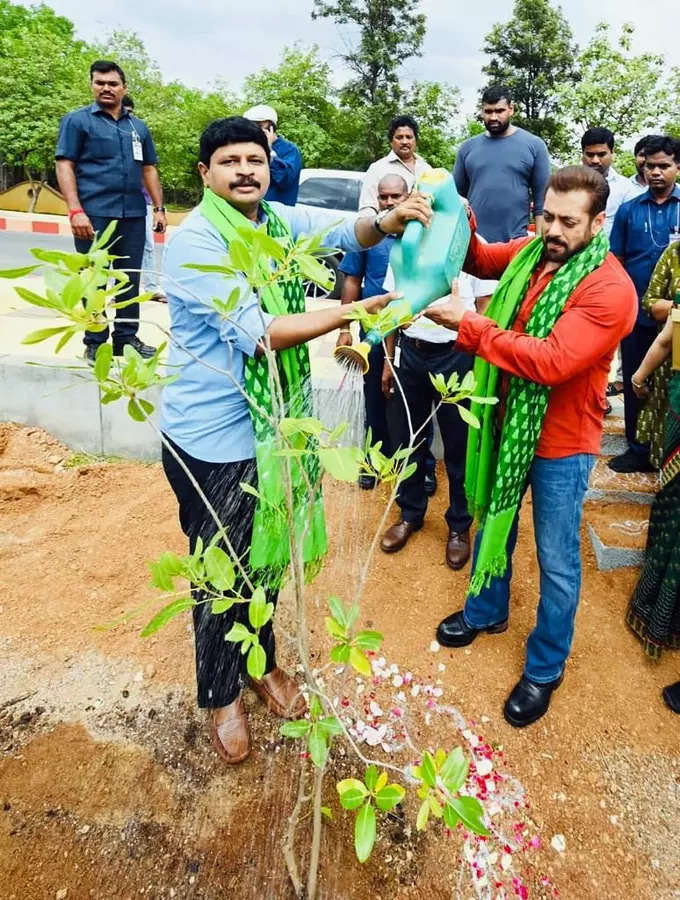 Underlining the importance of plantation, he said “wherever you have trees, you will have water”.

Salman said that every person should take responsibility of the plantation programme and also take adequate care of the saplings until they grow big trees. It is unfortunate that human loss due to natural calamities, heavy rains and floods is immense, he said, adding that the only solution to check human loss is promoting massive plantations.

Santosh Kumar thanked the Bollywood star for accepting his request and joining the Green India Challenge. He said that Salman’s initiative to plant saplings will definitely inspire crores of his fans.
Source