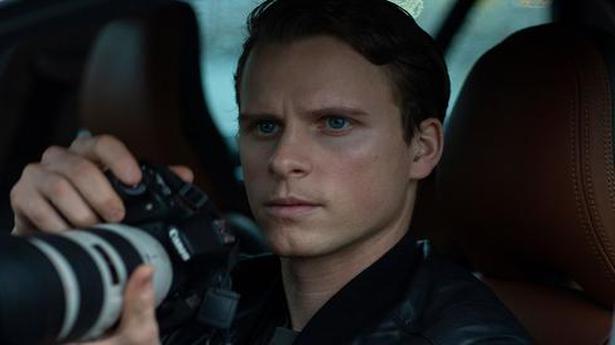 The show has nothing much going for it as Mankell fans would not care much for this anaemic offering and those on the lookout for some good, twisted Scandi-noir will be disappointed as well

Here is another origin story of a beloved fictional character, close on the heels of the excellently atmospheric Perry Mason. While the HBO show on the defence lawyer’s transformation from down- and-out PI to courtroom titan (he is not pacing with his thumbs hooked to the armholes of his waistcoat yet) was set in 1931 Los Angeles, Young Wallander is disconcertingly set in the present.

Swedish author Henning Mankell (1948-2015) wrote 12 books featuring Kurt Wallander, a police inspector in Ystad, from 1991 (the English translation, Faceless Killers, was published in 1997) to The Troubled Man in 2011. Wallander, also like Perry Mason has a robust, onscreen life. There was a Swedish film series with Rolf Lassgård playing the titular role from 1994 to 2007. A Swedish television series with Krister Henriksson playing Wallander featured new stories. There was also the BBC English production with Kenneth Branagh (before he was the magnificently moustachioed Hercule Poirot) in the lead.

“Wallander’s First Case” appears in a collection of short stories, The Pyramid (2008). The story follows a 21-year-old Wallander, who has just joined the police force. The tenacity and intuition that marks his later work are in play here when he refuses to accept the death of a neighbour as a simple case of suicide. The story acts as a precursor to his struggles with maintaining a work-life balance, his fraught relationship with his painter father (who paints the same scene an astonishing 7000 times) and his girlfriend Mona, who would later become his wife.

So if we are following Wallander’s print timeframe, he would have been 21 in the late 60s or early 70s. Nothing has been accomplished by placing Young Wallander in the present. Unlike say Sherlock or Elementary where the consulting detective has been pulled out of the fog-enwreathed Victorian world of hansom cabs to the present day, modern technology or problems do not add anything to the narrative.

At a time when technology is evolving at a breathtaking pace, Alex Rider (the books are set fairly recently in the 2000s), showed how to update seamlessly. The strong point of Mankell’s novels was Wallander’s dogged determination and painstaking thoroughness. Finding out the truth behind horrific crimes was as much a result of the ability to see connections as the patience to dig them out.

Unfortunately, Young Wallander does not show the police officer to be either tenacious or insightful as the clues fall into his lap. Also he seems to be working alone with the others, including his mentor, Hemberg (Richard Dillane), his boss, Rask (Leanne Best), and his best friend and fellow police officer, Reza (Yasen Atour), being glorified flunkeys.

If the idea was to set the series in the present to bring modern, first-world problems to the fore, it is done in a lackadaisical manner. The central mystery of a hate crime, seasoned with rich people’s secrets, torture (why was the poor dog killed?) drugs and smuggling is not particularly engaging.

Cast-wise Adam Pålsson makes for a buff Wallander before junk food and diabetes wrecked his body and Ellise Chappell is pretty as Mona. Charles Mnene as gang-leader Bash, Jacob Collins-Levy as slimy rich guy Karl-Axel Munck and Alan Emrys as his brother, Gustav, do what they can with their sketchily written parts.

With Lithuania standing in for Malmö, the show is produced by Yellow Bird which was set up by Mankell and Danish producer Ole Søndberg in 2003. Incidentally, Yellow Bird also produced the excellent Millennium trilogy films based on Stieg Larsson’s books. Language is a problem in Young Wallander as it seems rather British with gangs speaking as if they are in a Guy Ritchie movie.

The show has nothing much going for it as Mankell fans would not care much for this anaemic offering and those on the lookout for some good, twisted Scandi-noir will be disappointed as well. Even though Season 1 has an open-ended climax, a second season might not be warranted unless there is some radical rethinking in plot and execution.