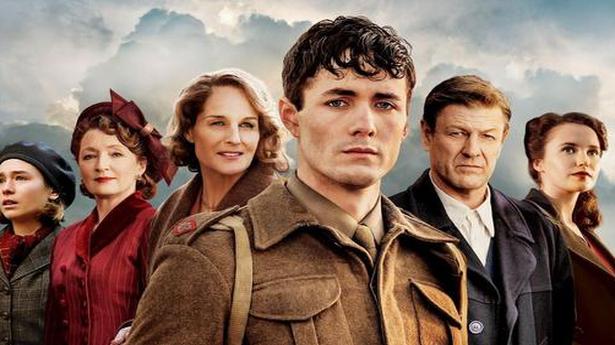 While the show has taken some liberties with historical accuracy, it has portrayed the lives of ordinary people rather well, as the the look, feel and sound of the era are beautifully recreated

There are many things BBC’s World War II drama, World on Fire, gets right. In fact, one is willing to forgive the fudging of time frames for dramatic purposes and the general prettifying of the frames mainly because World on Fire has its heart in the right place.

The show opens in March 1939 in Manchester at a Blackshirts rally. Factory girl Lois Bennett (Julia Brown) and her posh boyfriend, Harry Chase (Jonah Hauer-King), try to disrupt the meeting. The main players are introduced. Lois’ father, Douglas (Sean Bean) is a bus conductor and a pacifist. He is suffering shellshock after being mustard gassed at the Battle of Somme in World War I. Lois’ brother, Tom (Ewan Mitchell) is a ne’er-do-well, who sees the Navy as a way to get out of jail for his latest offence.

Harry’s mother, Robina (Lesley Manville) believes in everybody knowing their place and feels Lois is definitely not right for Harry. Her only consolation is Harry is leaving for Warsaw to work as a translator. In Warsaw, Harry stays with a Polish family and soon falls in love with the daughter of the house, Kasia (Zofia Wichłacz)

In Berlin, fearless American journalist Nancy Campbell, (Helen Hunt) is witness to the Nazis experiments with truth, race and disability. Her nephew, Webster, (Brian J. Smith) is a doctor in the American hospital in Paris.

Nancy realises her neighbours, Claudia (Victoria Mayer) and Uwe (Johannes Zeiler) Rossler are desperately anxious about their daughter Hilda (Dora Zygouri), who suffers from epilepsy. Their son, Klaus (Bruno Alexander) is a soldier. With the war rolling on as inexorably as the German tanks into Danzig, these intertwined lives are swept along.

Kasia’s father, Stefan (Tomasz Kot), and brother, Grzegorz (Mateusz Więcławek), go to Danzig to fight the Germans and Grzegorz’s romantic ideas of war are quickly dashed. With the war, the British embassy is shut and Harry leaves for England. He decides to marry Kasia so she can travel with him. Kasia stays back in Warsaw and sends her younger brother, Jan (Eryk Biedunkiewicz), instead with Harry to England.

After being dismissed from diplomatic service for his undiplomatic conduct Harry joins the Army and is later recruited by the Special Operations Executive. His first assignment sees him back in Poland. Lois joins the Entertainments National Service Association (ENSA) and entertains troops in France with her friend, Connie, (Yrsa Daley-Ward), who is worried about her husband, Eddie, (Ansu Kabia) a jazz musician in Paris.

With both his children joining the war, Douglas forms a friendship with Robina and Jan. Lois’ ENSA work brings her in contact with an RAF fighter pilot, Vernon Hunter (Arthur Darvill), who is smitten with her. She also meets Randy (Benjamin Wainwright) who is part of Vernon’s squadron and Webster’s brother.

While the show has taken some liberties with historical accuracy, it has portrayed the lives of ordinary people rather well. Webster’s love for the saxophonist Albert (Parker Sawyers) could have happened as the bohemian scene in Paris was a magnet for the marginalised. When Eddie tells Albert, who wants to stay on in Paris, “Coloured and queer with the Nazis in charge! Good luck with those chances,” it has a ring of truth and also ups the stakes for Webster and Albert. One can only imagine Webster’s difficulties as “a fairy growing up in a military base in Texas”.

Nancy’s voiceover is sometimes annoying even as she says, “In wartime, truth is sometimes little more than wishful thinking.” And Kasia’s resistance efforts seem rather naïve. Acting wise, veterans Sean Bean, Leslie Manville and Helen Hunt are on point with the others giving adequate support. Shot in England and Prague, the look, feel and sound of the era are beautifully recreated.

Season 2 picks up from where Season 1 ended. According to series creator, Peter Bowker, the Manchester Blitz in August 1940 and North Africa will feature in Season 2 and we can look forward to more of the slightly soap operatic lives of Harry, Lois, Kasia and company.

World on Fire is currently streaming on SonyLIV