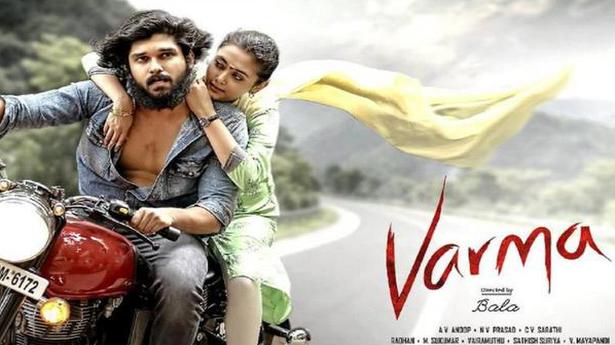 When the announcement came that Bala was going to remake that film, it was celebrated by a section of film buffs who may or may not have liked the Telugu original, but were remotely interested because of the name attached to it and the interpretation the filmmaker — traditionally known for dealing with violent characters — would give to a movie which could well be seen as a spiritual sister to his own Sethu. Pardon the cynicism, but I half-expected Bala to give a redemptive arc to this morally-wretched universe, and suspected it to be even more violent — in the manner in which it treats the heroine and everyone except the titular character — and therefore more “problematic”.

But the Bala Cut, as it would come to be known, is surprisingly cold and lifeless — even by the standards set by Adithya Varma — and edits out the dramatic bits of the Telugu original, only limiting to its plot points. The filmmaker seems to be totally detached and uninterested — either with the subject material or the actors — here and gives a reinterpretation to his own Sethu, with regard to the way the heroine is written and coached to perform. Megha Vasudevan (Megha Chowdhury) is the most submissive of all versions put together; she comes from an upper caste family from Kerala, wears traditional clothes and flowers in her hair, in the introduction scene, and is God-fearing (sings ‘Harivarasanam’ before switching to ‘Jimikki Kammal’). In short, she is the Abitha Kujalambal (from Sethu) that the original failed to define in the first place. She, like Abitha of that film, is possessed and harassed by the hero.

In my review of Adithya Varma, I had written: “What has also remained a mystery is the redeeming quality of Preeti/Meera towards the climax stretch. What is so great or pure about Adithya Varma that any woman would put up with?” Varmaa, too, does not seem to broach that train of thought. In that sense, Adithya Varma works much better as a film than this — whether it is performances or music.

One of the things that became a subject of discussion when that film released was how that guy fat shames his girlfriend’s friends, making crude jokes about them. That entire portion is removed in Varmaa, but it does have its fair share of sexist dialogues. In one scene, we see that guy calling out someone for “objectifying women” and in the same breath, uses a derogatory word (in Tamil for women) to refer to that person, countering himself.

But what Bala tries and gets it marginally right, unlike other filmmakers, is the additional space and weight given to the domestic helper Bhavani (played by Easwari Rao). This seemingly insignificant character is there in all versions, but is made into a joke thanks to that guy. But Bala humanises her, making her the moral epicentre of this film — not to the effect he would have liked, but it still is an interesting addition.

That guy is entitled and a spoilt brat because of the privileges he enjoys from his family and his immediate circle, who merely exist and whose existence would raise concern outside of the film’s universe. Bhavani is the one and the only one who stands her ground and who is also responsible for the person that guy turned out to be. She is the mother he never had, perhaps explaining his man-child issues. In fact, when she says it was she who raised him, he turns pale slapping her with: “Didn’t you get paid?” He is that sort of a guy.