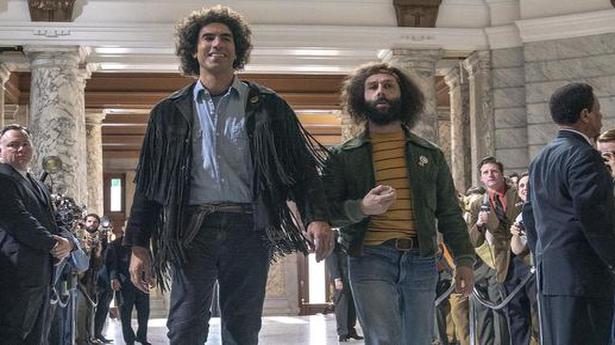 Abbie Hoffman was something of a hero in university. The civil rights activist seemed to be that heady mix of razor-sharp intellect coupled with a puckish sense of fun. So there we were, passing the blistering-hot summer days pouring through newspapers and journals from the ‘60s and ‘70s in the American Studies Research Centre in Secunderabad reading about the exhilarating days of love-ins, beat poets and books that were trips on a magic bus. It was, incidentally, part of our paper on American literature and so one could feel suitably righteous giggling over underground comics and Hoffman’s life story, Soon to be a Major Motion Picture.

When Aaron Sorkin, who has written Broadway plays and Hollywood movies such as A Few Good Men, The Social Network and Charlie Wilson’s War, turned his eyes on the infamous trial of anti-Vietnam protestors, one wondered if the thrill of the glory days of endless possibility could be recreated.

Happily, The Trial of the Chicago 7, which Sorkin has written and directed, has succeeded spectacularly in doing precisely that. The credit for this white-knuckle thrill ride goes to the tight writing and the absolutely brilliant performances by an ensemble cast. In August 1968, a protest against the Vietnam war at the Democratic National Convention in Chicago turned violent.

The Trial of the Chicago 7

Abbie Hoffman, Jerry Rubin, Tom Hayden, Bobby Seale, David Dellinger, Rennie Davis, Lee Weiner and John Froines were charged by the Federal government with crossing state lines and conspiracy to incite riot. The case came to court in September, 1969. The Trial of the Chicago 7 follows the trial till the verdict in February 1970 intercutting with the events of August 1968 and Hoffman’s stand-up over the weekends at university campus.

Holding all this incandescent talent together and shining bright as a beacon is Sacha Baron Cohen as Abbie Hoffman. Whether he is teasing the judge with a heartfelt cry of “Father”, when the former says he is not related to Abbie, or recounting the events of the protest saying, “Allan Ginsberg was letting out a war chant to beat poets that they should begin pelting the troops with blank verse,” or making the crucial observation that Hayden “implies possessive pronouns and uses vague noun modifiers” or even quietly admitting “I have never been on trial for my thoughts before,” Cohen is spellbinding.

Cohen, who would soon be seen in the next edition of Borat, has created an unforgettable Hoffman in this prescient tale of the power of an idea.

The Trial of the Chicago 7 is currently streaming on Netflix

‘The Trapped 13’ documentary review: A sensitive portrayal of the 2018 Thailand cave rescue

‘The Ghost’ movie review: Nagarjuna’s actioner is slick, but misses the bullseye