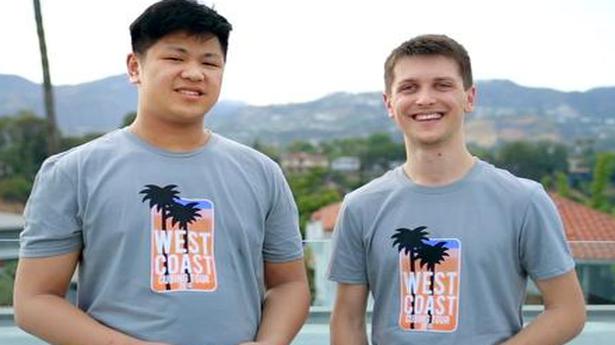 Filmmaker Sue Kim shows us an intriguing, emotional side to competitive sport, through this documentary on the world of speedcubing

How fast can you solve a Rubiks Cube? Netflix’s latest short documentary, ‘The Speed Cubers’ puts the spotlight on the rather fascinating sport of speedcubing through two champion speed cubers: Feliks Zemdegs and Max Park and their road to the 2019 WCA world Championships.

The documentary, directed by Sue Kim, is a heart-warming watch for she doesn’t just stop with introducing us to speedcubing. The movie choses to delve into the lives of Feliks and Max, their warm camaraderie and how speedcubing has influenced their lives.

Two months ahead of the WCA world championships in 2019, the then-23-year-old Feliks is in his home in Sydney and we are quickly taken through his initial journey in the world of speedcubing. When a 14 year old Feliks is asked after breaking two world records what his secret is, he responds with a grin and says, “Practice”.

Speedcubing is something his family initially thought was a phase or a hobby, Feliks says. “After the first time I solved it, I just wanted to get faster and faster. It was addictive,” he muses about his affiliation to the sport.

As a person with autism spectrum disorder, we then see how much of an influence speedcubing has had on Max Park’s life. His father recalls how as a child, Max couldn’t do anything with his fingers, since his fine motor skills were stunted. However, after he showed interest in a cube at home, his parents saw it as an effective teaching tool as well as a way for the family to connect.

“A giant playdate situation that we were going to exploit for Max’s social development,” is how Max’s dad describes the first time they took him to participate in a competition. The documentary shows us a series of clips from competitions Max has participated in through the years and the positive changes it has brought about. His father recalls in awe, how Max, after winning an event, mimicked his peers who were up on the podium with him and held his trophy the same way. “For us, an autistic kid looking at his peer and mimicking is the ultimate goal,” he says.

Max’s ascent in the world of speedcubing means that Feliks goes from being the first person that Max ever asked for a photograph with to his competitor.

Despite how Max goes on to smash several world records held by Feliks, it is delightful to see that the warm relationship and camaraderie they share remain. While it is evident that Max idolises Feliks, we also see an underlying sense of pride that Feliks has for Max’s achievements and how he remains one of his biggest cheerleaders. The two champions are described as being cut from the same cloth, but that they also push and understand each other at the same time.

Kim shows us the emotional side of speedcubing for the two champions as well which is sure to leave a lump in your throat. While Max’s parents discuss how they’ve learnt to deal with failure, seeing several records of his broken by Max hasn’t been easy for Feliks as well.

The 40-minute documentary doesn’t tell us much about the history of competitive speedcubing or how many speedcubers take to it, but the friendship the two champions share and what we’re shown about the role of speedcubing in their lives more than makes up for it.

Give this lovely gem of a documentary a watch, and get ready to hold your breath every time a speedcuber attempts to solve a puzzle. You’re sure to find one eye nervously fixed on the timer near them.

The Speed Cubers is currently streaming on Netflix