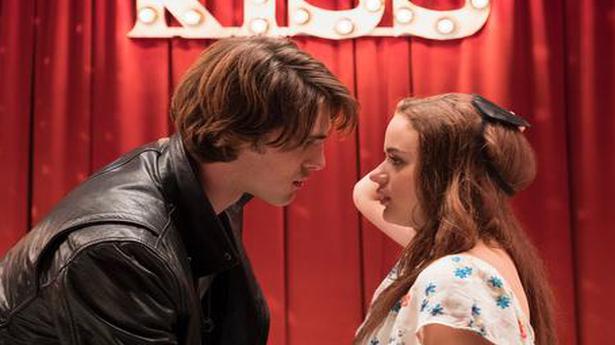 A better movie would have made us care for the characters and invest in their troubles, but who needs any more emotions these days?

I am so sure Vince Marcello, who returns as director for The Kissing Booth 2, watched 80s Hindi films. There is high school romance, the player who turns good for love (yeah, right), the wicked girl with the golden heart who comes in the way of the lovers, misunderstandings, tears, fights, songs and the big dance competition. There is even a scene where the leads run towards each other from opposite ends of the frame — unfortunately not in slo-mo or it would have been a dead ringer for a gazillion Hindi films from the 80s. And that dance competition? I could almost hear Pancham da letting it rip on ‘Aa Dekhen Zara’ (Rocky, 1981).

The Kissing Booth 2 picks up from where the 2018 movie left off. Elle and Noah are blissfully in love. Bestie Lee and Rachel are also living their happily ever after. Then Noah goes to Harvard. Elle is lonely but doesn’t want to be clingy and unknowingly becomes the third wheel in Lee and Rachel’s relationship. There is a hot transfer student, Marco. Lee and Elle had decided to apply at the Berkeley University for the longest time, though Noah wants Elle to apply at Harvard so that they can be together. There is an issue of school fees which gives Elle the idea of participating in the dance competition for the prize money. Noah seems to be close to the attractive Chloe.

Like The Kissing Booth, the sequel is also based on Beth Reekles’ novel. Everything moves on the well-oiled wheels of rom-com convention. A better movie would have made us care more for the characters and invest in their troubles. Here you could just passively watch good looking people in lovely houses, deal with their particular problems and come out with nary a scratch on their flawless faces — even the tears are picture-perfect. Which is precisely what all those many repeat viewers are anyway going to do.

The many comings and goings at LAX, cruelly reminds us of what we lost to COVID-19 as does JRR Tolkien’s evocative ‘Not all who wander are lost,’ which form part of the lyrics of one of the many songs the film is stuffed with. An airport is no more an innocent gateway to an adventure or a holiday. Journeys no more end with lover’s meetings; it ends in a 14-day quarantine.

The Kissing Booth 2 is currently streaming on Netflix