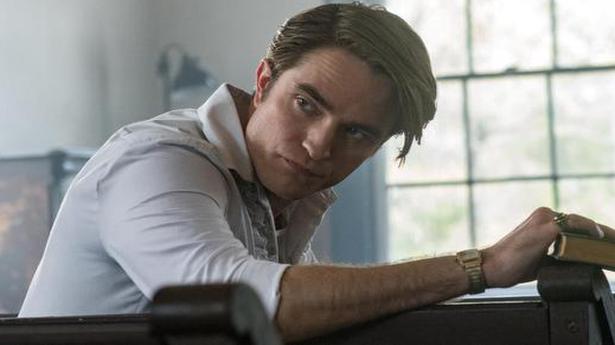 Based on Donald Ray Pollock’s eponymous book, with Jake Gyllenhaal as one of the producers, the film explores the intersection of faith, crime and violence.

I am haunted by dogs dying on screen. There was the dog cruelly killed in Young Wallander and now poor Jack meets a grisly fate in this excellent and supremely disturbing Gothic noir from Antonio Campos. Based on Donald Ray Pollock’s eponymous book, with Jake Gyllenhaal as one of the producers, The Devil all the Time explores the intersection of faith, crime and violence.

Set in a 20-year time frame the film opens in 1945 in the Solomon Islands when a marine, Willard Russell, comes upon Gunnery Sergeant Miller Jones who is crucified and left to die by the Japanese. Willard does the humane thing and shoots Miller in the head. On his way home, Willard falls in love with a waitress, Charlotte. They get married, have a son Arvin, and settle down in Knockemstiff in Ohio. Meanwhile in Coal River, Virginia, Willard’s mother, Emma, has promised god that if he brings Willard home safe, she will get Willard married to Helen, an orphan, who she is looking out for.

The Devil all the Time

Helen, in turn, marries an itinerant preacher, Roy Lafferty, and has a daughter, Lenora. There is also a serial killer couple, Sandy and Carl who pick up hitchhikers to torture and kill them, while Carl captures their pain and suffering on camera. With this cast of characters and bleak landscape, it is no surprise misfortunes pile up thick and fast on Arvin — from cancer and bullies to venal preachers, the aforementioned dog killing and psychopathic murderers.

Even though the film is over two hours long, it moves at a brisk pace punctuated by scenes that are uncomfortable to watch and still more difficult to tear your eyes away from. The acting, especially by Tom Holland is riveting. His 17-year-old Arvin is worlds away from Peter Parker. He has nailed the quiet, self-possessed boy effectively concealing the brutal mauling life has given him.

Robert Pattinson is a revelation as the slimy preacher Reverend Preston Teagardin, his well-turned-out figure hiding the rot within. Bill Skarsgård as the traumatised Marine Willard; Riley Keough as Sandy, who begins to have second thoughts about her husband’s murderous hobby; Jason Clarke (John Connor from Terminator: Genisys) as Carl, who can only see god in mutilation; Sebastian Stan as Sandy’s brother, Lee, the morally bankrupt sheriff; Eliza Scanlen as pious Lenora, marked out for victimhood even as a child; Mia Wasikowska as Helen, and Harry Melling as the deluded preacher Roy inhabit their roles, creating unforgettable characters.

With author Donald Ray Pollock as the narrator, the voiceover is not so annoying. Bracketed by World War II and the Vietnam War, with an excellent soundtrack of gospel and country music, The Devil All the Time, is a fascinating portrait of the cost of conflict.

The Devil All the Time is currently streaming on Netflix