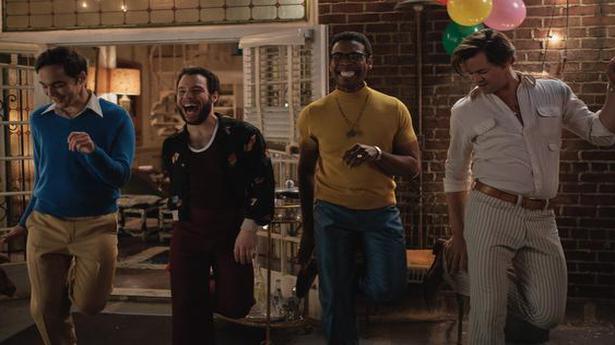 Adapted from Matt Crowley’s 1968 play, the Netflix drama tells the story of a group of gay friends during a birthday party, with an all-star cast including Jim Parsons and Zachary Quinto

When Mart Crowley’s landmark play, The Boys in the Band, premiered off Broadway in 1968, it was in an era marked by the damaging effects of McCarthyism and the subsequent persecution of the LGBT community. The Stonewall uprising, which marked the beginning of the queer liberation movement, was still one year away.

As Crowley mentions in a feature on Netflix, even the actors in the play were discouraged by their agents from being a part of it at the time.

Following the precedent of adapting the play to film featuring the same actors, the 2020 Ryan Murphy-produced film also features the same cast and director as the 2018 Tony winning revival production. Perhaps in the most positive marker of how much things have changed from 1968, the roles in the 2020 film are played by out gay men.

So, what is The Boys in the Band about? (The title, incidentally is taken from the Judy Garland-starrer A Star is Born).

Michael (Jim Parsons) is set to host a birthday party for Harold (Zachary Quinto), Michael’s equal in acerbity, who doesn’t hesitate to call him out. On the guest list are Donald (Matt Bomer), whose analyst has cancelled his appointment; Emory (Robin de Jesús), the most flamboyant one in the group; Bernard (Michael Benjamin Washington), the only black man; Hank (Tuc Watkins), who has left his wife and children, and Larry (Andrew Rannells) who are in a relationship but have differing views on commitment and monogamy. One unexpected addition is Cowboy (Charlie Carver), a pretty but dumb escort (as everyone makes sure to let him know) Emory hires for Harold.

While the party begins in good spirits (it’s a lot of banter), Michael is worried as he was forced to invite his distraught college roommate, Alan McCarthy, to the party. The addition of this particular unexpected guest serves as the catalyst for what is to follow as Michael asks the group to essentially cool it, as Alan is straight and doesn’t know that Michael is gay.

The Boys in the Band

Naturally, things don’t go as expected: insults are hurled, offensive language is used, and a fight breaks out. In addition, Michael, who has been drinking and smoking (earlier, he tells Donald that he stopped because he can’t take the ‘icks’ anymore and acknowledges that he gets hostile when high), proposes a game: each person has to call up someone they love and tell them that they love them.

Things get increasingly out of hand and bitter truths emerge as Michael, pressures his friends to make the calls, including Alan who he tries to goad into coming out. Alan, on the other hand, keeps looking to Hank for help, who, in appearing ‘straight’, is the person he is most comfortable with.

While all the actors are very good, particularly Jim Parsons, it is also in the moments of vulnerability when making the call that de Jesús, Rannells, and Washington shine.

The film deals with themes and subjects such as coming out, internalised homophobia, religion, commitment, friendship, relationships, the sense of community, and the idea of beauty.

While The Boys in the Band probably works better as a play, a film makes the story accessible to a far wider audience. In addition, the film serves as a good marker of how things were, how much has changed, and how much more needs to change. And for that reason, is definitely worth a watch.

The Boys in the Band is currently streaming on Netflix

‘Farha’ movie review: A simple but affecting film on civilian casualties of war