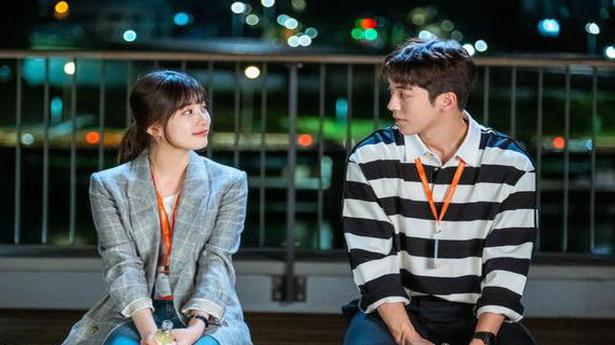 The Korean show follows the lives of a group of people trying to make it big in the world of start-ups in Seoul, and features an ensemble cast of several talented actors

Six episodes in, the highly anticipated K-drama Start-Up, which premiered on Netflix in October is off to a great start.

The show follows the lives of a group of people trying to make it big in the world of start-ups in Seoul, and features an ensemble cast of several talented actors. While Start-Up’s premise might indicate a deep dive into the cut-throat world of innovators and fledgling companies, the rather refreshing and heart-warming first episode came as a pleasant surprise.

We’re introduced to the main characters through a feel-good back story that connects them. Growing up, young sisters Seo Dal-mi and Seo In-Jae see their father struggle with his entrepreneurial ambitions. While they are separated soon after, they meet years later only to find themselves on opposite ends of the spectrum.

The older Dal-mi (Bae Suzy) has stars in her eyes and hopes to successfully launch her own company as she struggles through a host of part-time jobs. Life has been kinder to her sister In-Jae (Kang Han-Na) who has a thriving career. A blast from the past comes in the form of Nam Do-San (Nam Joo-Hyuk), whom Dal-Mi believes was her childhood pen-pal and whose letters brought her immense comfort through the toughest period of her life.There’s also hotshot venture capitalist Han Ji-Pyeong (Kim Seon-Ho), the actual author of the letters to Dal-Mi back when he was young, who is indebted to her grandmother.

The worlds of the four main characters collide in the Silicon Valley-esque ‘Sandbox’: a fictional start-up incubator. There are plenty of references and industry jargon thrown about, but the writing thankfully, has been smart and well-researched so far.

While the interesting premise certainly is a major plus, a show like this needs characters that the viewers want to root for, to sustain interest.

Start-Up delivers on this, and much more. Nam Joo-Hyuk plays the quiet, dorky Do-San with earnestness and warmth. He’s at his entertaining best in the scenes with his company Samsan Tech’s partners (Yoo Su-Bin and Kim Do-Wan), and the trio bring a fun, chaotic energy to the show. While Bae Suzy brings alive the effervescent and ambitious Dal-mi on-screen, here’s to hoping Kang Han-Na isn’t reduced to a scheming caricature; there’s a lot in the writing that seems to dangerously veer towards that territory and it would be a terrible disappointment given how they initially portrayed her acumen.

When was the last time that K-drama audiences were so conflicted as to whom to support between the main and the second lead? Kim Seon-ho has taken social media by storm as the sweet, charming and helpful Ji-Pyeong. While there’s a solid love triangle blooming, it will be interesting to see how the showrunners take this forward, while ensuring that the drama doesn’t lose sight of the dreams of the protagonists.

With ten more episodes to go, a strong foundation has been laid for the lead characters, all while delving into their family ties, friendships and romance. Start-Up promises to have audiences cheering for every milestone that the rag-tag bunch at Samsan Tech have ahead of them.

Start-Up is currently streaming on Netflix