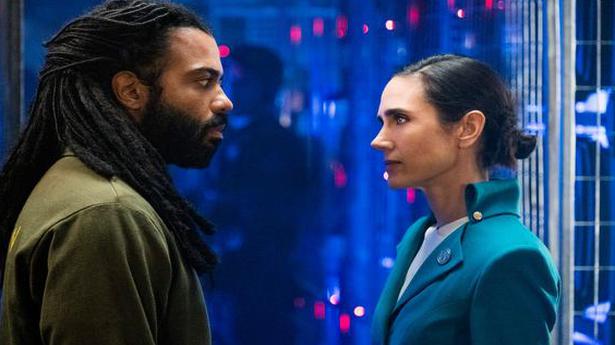 With Bong Joon-ho serving as executive producer, this reboot show on Netflix can’t quite recapture the original film’s manic magic

In Agatha Christie’s classic whodunit, Murder on the Orient Express (1934), Monsieur Bouc, the director of the Compagnie Internationale des Wagons-Lits, tells his friend and detective, Hercule Poirot, that only on a train could there be a gathering of people from different nationalities and class.

Korean director Bong Joon-ho (Parasite) used this rather obvious metaphor to explore class struggles in his 2013 movie, Snowpiercer. After a climate change experiment goes horribly wrong in 2014 turning the world into a frozen wasteland, a reclusive transport magnate, Wilford, creates an ark on a train that endlessly circles the globe. By 2031, there are battles being fought between the “tailies” at the end of the train and the entitled first class passengers.

Snowpiercer was in turn based on the 1982 French graphic novel Le Transperceneige by Jacques Lob, Benjamin Legrand, and Jean-Marc Rochette. Now after being in development hell for the longest time, comes a web series based on the movie. Bong Joon-ho serves as one of the executive producers.

The show is based seven years after the big freeze—2021. The class wars are simmering, though the tailies’ cannibalism is a thing of the past. When there is a murder on the train, Melanie Cavill, the all-powerful head of hospitality, who has Wilford’s ear, asks Andre Layton, a former homicide detective to help solve the case.

Apart from trains, crime is a perfect vehicle to study class, colour and gender—where else will the prince and the pleb be tainted by the same event? So the chance of uncovering the casual cruelties of class in a train thundering through a frozen, post-apocalyptic wasteland was irresistible.

Snowpiercer works on some levels and is wanting in others. The action sequences are thrilling and the production design of suggesting space in what is essentially a long, narrow metal tube is clever. The colours are rich and warm in first class and get progressively darker and duller as we move down the train. The aquarium and orchard cars are marvels of design.

The acting is uneven— Jennifer Connelly is exemplary as Melanie; she is warm and cool, gentle and tough, and carries the show on shoulders much like the train itself. Mickey Sumner is good as Bess, a rookie police officer before the freeze, who is assisting Layton in the investigation. Alison Wright as Ruth Wardell seems a spiritual predecessor to Tilda Swinton’s extraordinary turn as Minister Mason in the movie. Annalise Basso is beautifully unhinged as Lilah Jr.

Daveed Diggs is not particularly memorable as Layton despite making the Braveheart speech and having many awful and nice things happen to him. It could be the fault of the writing as well, which is rather flat and has all the characters behave in rather dull ways. Starting with annoyingly portentous episode names—‘Justice Never Boarded’, ‘The Train demanded Blood,’ the writing revels in purple prose and predictability.

By inexplicably solving the murders by the fourth episode, Snowpiercer loses the chance to be a thrilling whodunit while also looking at class warfare. The onboard romances, whether the triangle between Layton, Josie (Katie McGuinness) and Zarah (Sheila Vand) or between Bess and Jinju (Susan Park), is rather cold like the weather outside. The interesting ones are those of Melanie and the engineer Bennett (Iddo Goldberg) and Lilah Jr and her bodyguard Erik Sotto (Matt Murray) and Ruth and head of security Nolan Grey (Timothy V. Murphy) as they look at power and gender.

That repeated telling of the train being “1001 cars long” before the opening credits grates and makes the 10 episodes feel like they are 1001 hours long. By choosing a sledgehammer over subtlety, Snowpiercer traps the viewer in a closed circle of mediocrity elevated by flashes of good acting and creatively imagined action.

Hopefully, the writing will be tighter in Season 2. Sean Bean plays Wilford, and we can enjoy a thrilling journey aboard the Snowpiercer with the supply train, Big Alice, for company.

Snowpiercer is currently streaming on Netflix