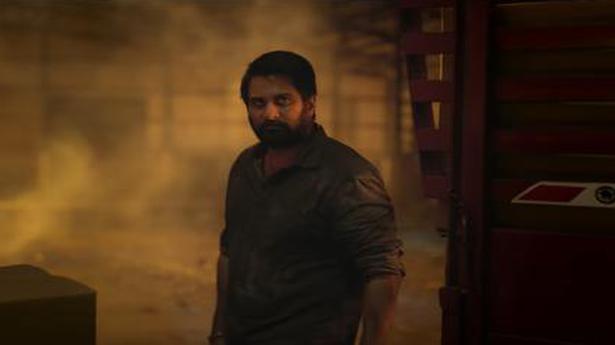 Mohan G attacks his critics directly who called him out for making a casteist work in ‘Draupadi’, a film I haven’t yet seen but well-aware of its politics. The result? We get an even more controversial film…

A stream of couples and a young group of susceptible teenagers from college, both of whom seem to lack clarity or political beliefs, constitute the dominant target audience of Mohan G’s films, were the audience with whom I caught Rudra Thandavam. Needless to say, it was a rather unusual but very believable sight on a Friday morning at the cinema hall for a Mohan G film. I’m sure you are aware by now, that his films are a laborious effort to cash in on the divide-and-split politics of caste, now coupled with religion in Rudra Thandavam, which presents a very dangerous theory to the audience, sugarcoated in the form of entertainment — one that would radicalise a young adult crowd, launching them into celebratory mode for an offensive dialogue or a parody aimed at marginal sections of society.

Unlike Draupadi, in which Mohan G seems to have played it safe by testing waters with his ‘ideology’, he seems to have finally come out of the closet with Rudra Thandavam by making a passionate plea to ‘erase’ caste from caste-related violence, in a shocking manner. Allow me to explain.

In May last year, a black man was pinned down by three police officers, one of whom, a white man, pressed his knee on the man’s neck close to eight minutes, resulting in a ghastly murder which was caught on camera in broad daylight. Tens of thousands of people, Americans to be precise, took to the streets to protest against White Supremacy and police brutality, which has a history with African-Americans and the hashtag #BlackLivesMatter launched a revolution of sorts in the West. George Floyd was the man who was killed by Derek Chauvin, who has now been sentenced to prison for third-degree murder and second-degree manslaughter. Now, imagine a filmmaker making a plea for Chauvin by removing, rather erasing, the racial angle in order to suit his ‘politics’. Would you call it convenient or tone-deaf?

Closer home, let us take another ghastly murder in which a father-son duo was brutally tortured and killed in custody by two police officers. The case that shook Tamil Nadu last year was reported to be linked to caste. Now, what if a filmmaker defends custodial torture — by making a case for a nexus between caste and religion? Sounds dangerous? Rudra Thandavam is that film.

Here, Mohan G attacks his critics directly for calling him out for making a casteist work in Draupadi, a film I haven’t yet seen but well-aware of its politics. The result? We get an even more controversial film.

Everything — from where Rudran Prabhakaran (Richard Rishi) gets transferred to, the wall posters of political leaders inside Vathapi Rajan’s (Gautham Menon playing the leader of a political outfit called Manitha Urimai Ezhuchi Iyakkam) office, to the handpicked actors for the respective characters — seems to suggest something common among them. The lamb in this onslaught is Gautham Menon.

History does not seem to be Mohan G’s best suit; he introduces a dangerous concept called: crypto-Christians, primarily attacking Dalit Christians, who, according to the director, are benefiting from the fruits of caste, despite having being converted. It goes to a point where a boy’s community certificate becomes a bone of contention at the courtroom. There is a whole history behind why Dalits took refuge in Christianity, but that is not something Rudra Thandavam seems interested in. It wants to ‘other-ise’.

These are moral issues, but does it at least have the aesthetics of a cop film? No. Everything is all over the place — from music to acting. Especially music the crescendo of which hits the roof and I wish the decibels were higher, to save us from the film’s talkie portion.

Speaking of acting, Gautham Menon plays a villain here. He may look and sound alien to the film’s milieu, which, of course, is a problem but that is a minor one compared to the larger pothole. It is not a film writer’s job to comment on an actor’s choice of characters and I do believe it is well within the actor’s rights to play a morally-flawed character. But, here it is a question of being part of a film that is fundamentally wrong at many levels, its politics being the least. Of course, you can express disappointment over Gautham’s inclusion but whether he thinks it is a mistake, is a good place to leave this discussion.

‘Sardar Udham’ movie review: Nuanced portrait of the pride and pain of a revolutionary 4 min read

‘Sardar Udham’ movie review: Nuanced portrait of the pride and pain of a revolutionary

‘Sardar Udham’ movie review: Stunning portrait of the pride and pain of a revolutionary 4 min read

‘Sardar Udham’ movie review: Stunning portrait of the pride and pain of a revolutionary

‘Aranmanai 3’ movie review: A horror-comedy that takes too many detours and ends up directionless 3 min read

‘Aranmanai 3’ movie review: A horror-comedy that takes too many detours and ends up directionless

‘Aranmanai 3’ review: A horror-comedy that takes too many detours and ends up directionless 3 min read

‘Aranmanai 3’ review: A horror-comedy that takes too many detours and ends up directionless