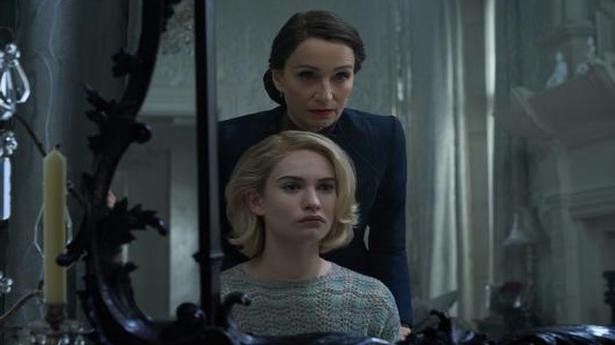 There must have been some logic for this remake. Someone must have thought it a good idea to remake Alfred Hitchcock’s 1940 adaptation of Daphne Du Maurier’s Rebecca (1938), which incidentally won the Best Picture at the 13th Academy Awards. The reasons for this dull reboot seem remarkably well-hidden behind the gorgeous production values and great-looking cast.

The novel tells the story of a naïve young girl who is swept off her feet by an older man, Maxim De Winter. She marries and comes to live with him in Manderley, the grand family house by the windswept sea in Cornwall. In Manderley, the girl quickly realises the shadow of Rebecca, the first Mrs De Winter, lies over everything. Rebecca seems to have been perfect — beloved, beautiful, witty and sophisticated.

The second Mrs De Winter (the protagonist is not named) feels more and more inadequate and matters are not helped by the housekeeper, the sinister Mrs Danvers, who does not lose any opportunity to show how inept she is compared to the accomplished Rebecca. Matters come to a head when Rebecca’s boat is found at the bottom of the ocean and the mystery of her death is solved.

Ben Wheatley’s Rebecca starts like every other version with “Last night I dreamt I went to Manderley again.” Wonder if the iambic pentameter made any effect on breathy Ms Lily James who plays the unnamed protagonist. The movie then goes back to the golden days in Monte Carlo where the young girl meets the aristocratic widower, De Winter (Armie Hammer). They marry and come to Manderley only to be met by chilly Mrs Danvers —Kristin Scott Thomas gnashing her teeth and glowering in vain. It would have been easier to stop Golitsyn from stealing the NOC list in Mission Impossible than salvage anything from this movie.

The 2020 version does nothing new — it does not explore Danvers’ obsession with Rebecca, nor does it throw any light on Rebecca herself, who tragically seems to have been a millennial before her time. It doesn’t even try to give the second Mrs De Winter a first name! The only change from the earlier versions is reverting to the novel’s version of events for Rebecca’s death, which does not add anything to the movie.

Beautifully shot and handsomely produced, this 2020 iteration of the Gothic classic would struggle long and hard in vain to free itself of Rebecca’s shadow.

Rebecca is currently streaming on Netflix