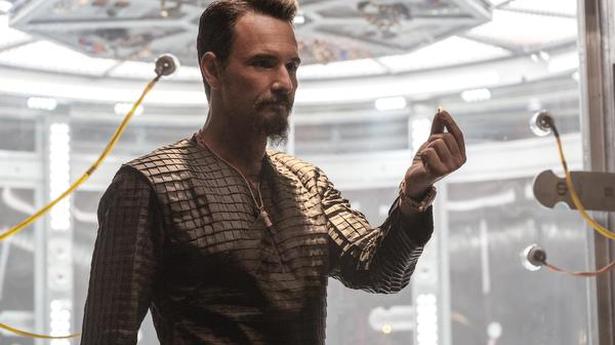 It tells the story of a new drug, Power, that gives the user superpowers for five minutes

This is the kind of movie that begs to be watched on screen burying your face in a bucket of popcorn (caramel and cheese), shooting black coffee and dreaming of greasy gobi manchoori for dinner. Unfortunately, theatres are still closed and watching Project Power at home is not quite the same thing-acquired by Netflix, the film might not have made it to theatres even without the pandemic.

This utterly silly movie directed by Henry Joost and Ariel Schulman (Paranormal Activity 3 and 4) tells the story of a new drug, Power, that gives the user superpowers for five minutes. There is much stop-clocks and countdowns to tell us over and over again that the powers last only for five minutes, which seem to be enough time to rob a bank or kill the police officers in an entire precinct.

Three people – military vet Art Reilly, a cop, Frank Shaver, and a teenage dealer, Robin, come together to uncover some hideous conspiracy involving icy doctors, shady cartels, defence contractors and mysterious experiments. The action scenes are very nicely done, especially when the power is on – that bank robber turning into a human chameleon was spectacular as also dealer Newt’s human torch gig. The superpowers are taken from animals. Frank’s superpower makes his skin bulletproof, which is pretty cool while Reilly’s ability to direct super-heated air is from the pistol shrimp.

This is the kind of movie that demands people walk in slo-mo with loads of attitude biting off heavy duty one-liners as they squint meanly at the camera. Jamie Foxx (Reilly) and Joseph Gordon-Levitt (Shaver) are more than up to the task. Dominique Fishback is engaging as aspiring rap artist Robin. Amy Landecker plays sinister doctor lady Gardner, while Kyanna Simone Simpson is Tracy, Reilly’s daughter who inherited superpowers from her dad without having to take the drug. Colson Baker (Machine Gun Kelly) has fun as Newt. Courtney B. Vance as Police Captain Crane reveals his helplessness against the remorseless system.

Set in New Orleans (nice), Project Power annoyingly skims through weighty topics, including the “great power, great-responsibility one”, who will watch the watchmen, how the cards are stacked against a black woman and the authorities’ response to Hurricane Katrina.

The lip service is frustrating, almost as if the makers could not even give the power’s five minutes to explore these problems.

A good-looking movie, Project Power is an okay way to spend 114 minutes.