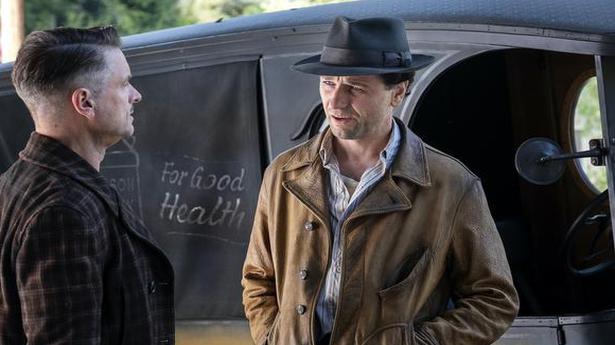 Once you get over the differences from the novels and and accept the adaptation as a different animal, there is a lot to enjoy in the show

When Perry Mason first appeared in print in Erle Stanley Gardner’s The Case of the Velvet Claws in 1933, he is described as a “fighting attorney, who preferred being paid off as a sheep to being double-crossed like a lamb”. Details are sketchy about the defence lawyer through 82 novels. We know he lives alone in an apartment and though his face is described as being similar to that of “a chess player studying a board”, and his hands and eyes are described in great detail, one does not know the colour of his hair or eyes.

Mason has had successful film (Warren William played Mason in the 1930s films), and television (Raymond Burr in the CBS TV series from 1957 to 1966) avatars. The time was ripe for a reboot and since so little is known of Mason, the makers of HBO’s Perry Mason could start with a blank page and fill in the details. And what a colourful set of details they have filled Mason’s world with!

The series opens in Los Angeles, on a cold, winter night in December 1931. A horrific crime has been committed. On the day after Christmas, one-year-old Charlie Dodson is kidnapped. Even though his parents, Emily (Gayle Rankin) and Matthew (Nate Corddry), pay the ransom of 1 million dollars, Charlie is found dead with his eyes stitched open. Perry Mason (Matthew Rhys), a down-on-his-luck private investigator, is assigned the case by his mentor, EB Jonathan (John Lithgow, brilliant).

As Mason and his partner Pete Strickland (Shea Whigham) investigate the case, they uncover the mandatory can of worms. Matthew is the son of tycoon, Herman Baggerly (Robert Patrick, yes T-1000 from Terminator 2: Judgement Day) who has connections to the Radiant Assembly of God, led by the charismatic Alice McKeegan (luminescent Tatiana Maslany). There is also the District Attorney Maynard Barnes, (Stephen Root) who wants to get a conviction to improve his chances for Mayor. There are evangelists, fanatics, believers and atheists, junked-out Chinese prostitutes, crooked accountants, bent cops and cheating spouses.

In the midst of it all is Mason himself, who is as a big a mystery as poor baby Charlie. As the show progresses, we see him struggle with alcohol, divorce, separation from his son and PTSD from WWI. In Rhys, we have the perfect Mason and his transformation from scruffy investigator to courtroom tiger is riveting. Rhys’ face is a canvas of conflicting emotions and we can literally see the “words that outrun” his head. The pilot, Lupe Gibbs (Veronica Falcón), with whom Mason has energetic, athletic sex, perceptively says, “You have a dark halo on your head”. Finding Charlie’s killer becomes Mason’s one shot at redemption for all his sins of omission and commission. When the wrong person is accused of the murder, Mason steps into the breach left by EB to find the truth—because he knows “there is what is legal and there is what is right”.

Perry Mason is peopled with rounded characters from Jefferson May’s morgue attendant, Virgil Sheets, who dreams of being small enough to fit into a lady’s purse and Andrew Howard’s quietly dangerous, Joe Ennis, to Lili Taylor’s Birdy McKeegan, Alice’s mum who will do anything to survive and Strickland’s weakness for purple prose which has him talk of “vanishing like the blush of innocence”.*

Perry Mason’s Los Angeles looks very different from the golden City of Angels of Hollywood or even across the pond, the gorgeous hues of Agatha Christie’s Poirot’s England. This Los Angeles is grimy, gritty but also oddly, touchingly beautiful when the light bursts in from the cracks and peeling facades.

Once you get over the differences from the novels — Paul Drake (Chris Chalk) is an angry black cop and Della Street (Juliet Rylance) is lesbian and accept Perry Mason as a different animal, there is a lot to enjoy in the show—from gorgeous visuals and solid acting to delightful period detail and tight writing. In these days of obsessive hand-washing, the 1930s cavalier attitude to hygiene might turn a few stomachs, as also the violence.

Incidentally, when Della tells Mason they have a new client called Eva Griffin, those in the know will be pleased as that is the name the shady lady gives the 27-year-old Della in The Case of the Velvet Claws…

United States: Storms cause major tornadoes, flooding around the South