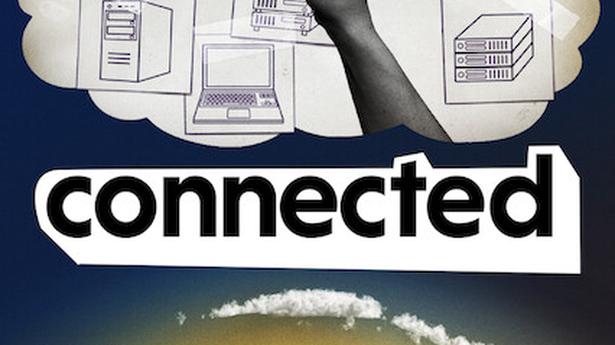 Featuring six episodes of 40 to 50 minutes each, Connected covers a range of topics, from simple surveillance to clouds, nukes, and even poop

How does the barren and sandy Chad desert of Africa nourish the Amazon rainforests of South America? Why is human facial recognition software being used on pigs? Netflix’s new docuseries Connected chronicles these and many more connections between seemingly disassociated objects all around us.

On a call from Los Angeles, executive producer and host of the show, Latif Nasser explained to The Hindu how it took around three years to develop the idea, carry out the research, shoot, and finally wrap it up before the lockdown hit. Dr. Nasser is a science reporter and the director of research for the New York Public Radio show Radiolab.

Featuring six episodes of 40 to 50 minutes each, Connected covers a range of topics, from simple surveillance to clouds, nukes, and even poop. The show is informative, well-animated, and at the end of each episode you are forced to remind yourself “how little we know of what there is to know”.

Dr. Nasser’s screen presence and the astonishing places he visit make the show quite an attraction in these lockdown days. He is wide-eyed and eager to learn in almost every episode. “It’s basically Bill Nye and Anthony Bourdain had an awkward Muslim baby,” is how he describes himself on Twitter.

When asked about his favourite episode, Dr. Nasser said, “The one on dust was deeply profound. It was a story about life and death and what it means to sow the world with your presence. There was something therapeutic and beautiful making it.”

The episode most discussed and analysed on social media is the one on numbers, titled ‘Digits’. It revolves around a simple law called the Benford law or first-digit law and how it can be applied to everything from taxes, sports, and even music. “Though the law has been explained to me so many times in so many different ways, it is still spooky, comforting, and astonishing — all at the same time,” says Dr. Nasser.

How did nuclear weapons, one of man’s worst creations, help an art detective? The final episode on nukes, which Dr. Nasser describes as the trickiest one, answers this question. “I don’t want to be an apologist or it shouldn’t portray that I was embracing nukes. We needed to be careful, sensitive and show our viewers that, ‘Yes, there are unintended consequences and we should learn from events we wished never happened.’ It was a tricky moral tightrope we walked.”

Dr. Nasser’s storytelling approach, extensive research, and the wide range of interviewees who break down the science for him are what make Connected work.

Even the episodes seem to be interconnected. When Dr. Lassina Zebro from the Comprehensive Nuclear-Test-Ban Treaty Organization says, “In God we trust. All others, we monitor,” one is reminded of the first episode on surveillance. Though we all claim to be very concerned about our privacy, we undertake very little to protect our personal data on social networking sites.

The show hits poignant notes when scientist Moussa Abderamane picks a fish fossil from an empty desert and says in French, “The dead are not dead. They are alive somewhere. They didn’t die for nothing.” In these uncertain times, where isolation and quarantine are commonly used words, the show is a reminder that we are all still connected.