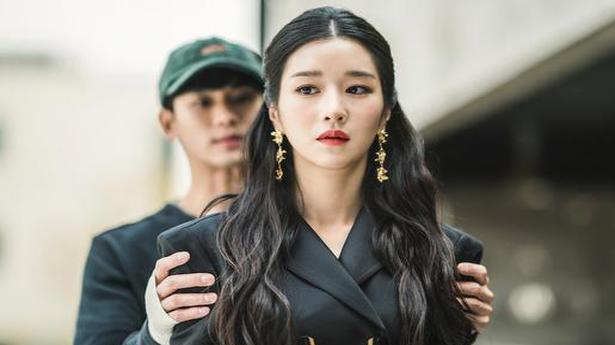 Among the top trending shows on Netflix, the ongoing romance-drama would benefit from more discussions surrounding mental health in the upcoming episodes

The intriguingly titled It’s Okay to Not Be Okay has featured among the top trending shows on Netflix for the last few weeks now. The K-drama, which has new episodes releasing every weekend, has completed eight episodes and so far, has lived up brilliantly to its interesting premise.

In the first few episodes, we are introduced to Ko Moon-Young (a fierce, impeccably-styled Seo Ye-ji) who is a children’s book author, but her personality and stories are anything but warm and fuzzy. Her publisher and people around her speak in hushed tones about her Antisocial Personality Disorder (APSD). On the other side, we have brothers Moon Gang-Tae (Kim Soo-Hyun) who works as a caregiver at a psychiatric ward, and Moon Sang-Tae (Oh Jung-Se), the older brother with Autism Spectrum disorder, who is also a budding artist.

Orphaned when they were young, the brothers are shown to have moved around quite a bit, and Gang-Tae takes up jobs as a caregiver in a psychiatric ward at every place they temporarily set up camp in. Gang-Tae and Sang-Tae are thick as thieves; there’s genuine warmth in their relationship despite a troubled past. As the episodes progress, it is rather refreshing to see Sang-Tae’s innocence, enthusiasm and frank declarations and how they give Gang-Tae strength.

A large part of the show is set in the OK psychiatric facility where Gang-Tae begins to work. Subverting cliches, the mental health facility is one filled with bright sunshine, stunning views and soothing colours. The caregivers and nurses have uniforms in pastel pinks and greens and the show has so far, largely succeeded in ensuring that the inmates are not made caricatures of.

The initial buzz around the show came largely from its premise and the fact that it would shed light on mental health. While the show has tackled a few diverse themes so far, it can greatly benefit from more nuanced discussions surrounding mental health in the upcoming episodes.

It’s Okay to Not Be Okay

If the psychiatric facility is one of warmth and light, Moon-Young’s ‘haunted castle’ residence is diametrically the opposite. The production design for this show deserves a special shoutout for the lovely aesthetics. Every episode so far is titled after a book authored by Moon-Young or a folk tale and deals with its themes. These stories have been included into the episodes through a mix of interesting formats: a Tim Burton-esque animated short, illustrations from a children’s book and even a silent-movie.

Moon-Young is a character that’s not just well written, but excellently played by Seo Ye-ji. This is a character that could have easily stopped at being an over-the-top caricature if not for the right actor. She’s confident, has no qualms in being rude, unapologetic about being a ‘monster’ and plays by her own rules. But at the same time, she’s vulnerable, haunted by her past and it is heartwarming to see her trying to forge a bond with the brothers.

Check out the Part 2 review here:

The show’s focus is largely on the journey towards personal healing for Moon Gang-Tae and Ko Moon-Young. What makes the writing refreshing here is the fact that they aren’t relying on the other person to lead them. The character development, and the slow but steady evolution of the protagonists comes from their self-realisation and reflection. Kim Soo-Hyun too largely succeeds as the quiet, calm and amicable Gang-Tae. The last episode was monumental for his character and it will be interesting to see how the writers take this forward.