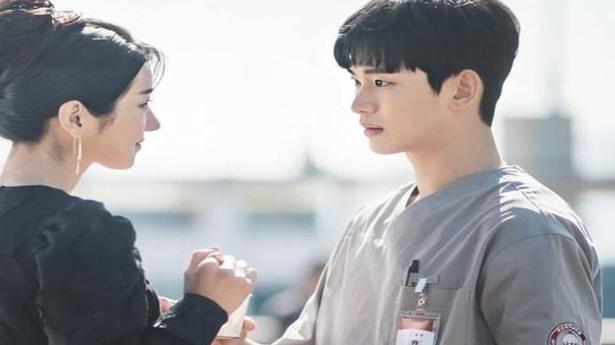 While the first eight episodes focused largely on setting the stage for the characters and the beginnings of their arcs, the second half made us willing spectators to their journeys of healing and acceptance

The heart warming and intriguing K- drama It’s Okay To Not Be Okay (IOTNBO) completed its 16 episode run on Sunday. While the first eight episodes of the show focussed largely on setting the stage for our characters and the beginnings of their personal journeys, the second half made us willing spectators to their journeys of healing and acceptance.

We learn more about Moon Gang-Tae (Kim Soo-Hyun) and Moon Sang-Tae (Oh Jung-Sae), how their past is linked with Ko Moon-Young (Seo Ye-Ji), and their growing camaraderie in the present. While the inevitable romance blossoms between Gang-Tae and Moon-Young, what happens from there on is anything but cliche. The OK Psychiatric facility continues to be an integral part of the show, but there’s less screen time dedicated to the facility and its patients as the Moon Brothers and Moon-Young take the centrestage.

Check out the Part 1 review here:

Moon-Young begins to work on her next children’s book; only this time, she ropes in Sang-Tae as the illustrator. For Gang-Tae, he’s forced to confront the demons of their past and attempt to make peace with it. Despite the rather dark and sober issues at hand that we’re waiting to see a conclusion for, the show’s writing infuses warmth through several heartening moments.

From the Moon brothers trying to help Moon-Young deal with her recurring nightmares to Moon Young and Nam Ju-Ri (Park Kyu-Young) slowly, but steadily rebuilding their childhood friendship, there’s much to revel in.

The show however noticeably ignores telling us more about Moon-Young and her mental health. While the Moon Brothers seek out Dr Oh Ji-Wan (Kimg Chang Wan), the head of the psychiatric facility in their own ways, there’s little said about Moon-Young after the show throws light on how the mental abuse she faced as a child impacted her. While we do see how she begins her journey of self-healing with the Moon brothers standing by her, the show could have gone into more nuance- especially after the character was marketed as someone having Anti-Social Personality disorder.

While the pace of the show surprisingly fell in episodes 13 and 14, the last two episodes including the finale make up for it. It isn’t a fast paced show by any means and isn’t meant to be one either; there’s a lot to observe, take in and reflect on.

Oh Jung-Sae’s Moon Sang-Tae is perhaps the show’s biggest victory. Movies and Television shows tend to exaggerate and lack sensitivity when it comes to writing a character or portraying a person with autism spectrum disorder. Here’s a show that didn’t just stop with getting this right, but also managed to cast an actor who remained consistent throughout. Through the second half of the show, we see Sang-tae evolve, let go of his fears, build new friendships and explore exciting new opportunities which might define his future.

As the amicable, calm caregiver who is on the road to finding his happiness, Kim Soo-Hyun brought Gang-Tae alive on screen perfectly — someone whose silent world weariness slowly but steadily progressed to sparkling eyes, smiles and enthusiasm. As was evident in the first part of the show, Seo Ye-Ji has probably been the biggest revelation of 2020 with regard to K-dramas. Her fierce, vulnerable and nuanced portrayal of Moon-Young is sure to fetch her all the awards next year.

The focus might have been trained on the three main leads, but the show also benefited immensely from its supporting characters.

Kim Mi-Kyung as Kang Soon-Deok, the head chef at the psychiatric facility who has a hot meal and words of comfort always ready, Kim Joo-Hun as Lee Sang-In, the flustered, struggling publisher awaiting Moon-Young’s next novel, and Kang Ki-Dong, who plays the Moon brothers’ funny and trustworthy friend Jo Jae-Su lend heft to the show in their small yet, well-written roles.

There’s a lot of content on Instagram and Twitter dedicated to decoding Seo Ye-Ji’s looks from the show, and with good reason! After Son Ye-Jin from Crash Landing on You, Ye-Ji’s chic looks from IOTNBO that featured an array of high-end brands are definitely going to be discussed for a while.

If you find yourself missing the show, the next best thing to turn to would be the eclectic soundtrack. The song Wake Up by Elaine will find an instant place in your morning music playlist.

‘Andor’ series review: The perfect springboard into our favourite galaxy

‘Hush Hush’ season one review: Thriller soars on its compelling performances, but leaves us wanting more

‘Chattambi’ movie review: A well-crafted film that needed to explore its protagonist further