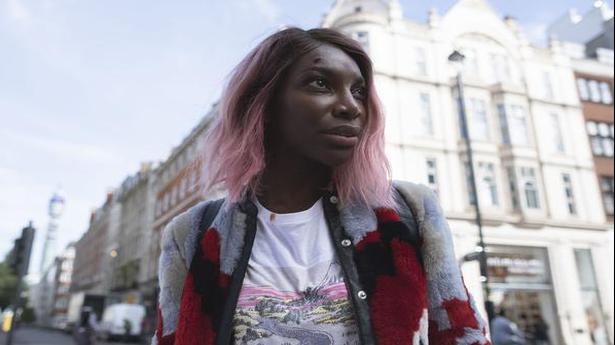 The story of a sexual assault survivor is a chilling social documentary delving into the dynamics of race, gender and victimhood

Six episodes into Michaela Coel’s fearlessly frank I May Destroy You and I hesitate to predict what path the show will take. Usually by the time a show hits the half-way mark (I May Destroy You has 12 episodes), one has a fair idea of what is going to happen.

This show, however, which tells the story of a writer, Arabella Essiedu (Coel) trying to put her life together after being raped, delves into different aspects of the millennial life including the validation and trolling from social media. Arabella is a Twitter star and her first book based on her tweets, Chronicles of a Fed-Up Millennial, is wildly successful. With success come a publisher, contract, money and expectations. When the publishers send Arabella to Ostia in Italy to finish her second book, she whiles away time in the arms of a dreamy-looking drug dealer, Biagio (Marouane Zotti).

Arabella returns to London to frantic calls from the editor Julian, (Adam James) asking to read the draft. Arabella assures him it is ready and just needs some “polishing” (how many of us said that very same thing as deadlines have loomed over us!). She promises to have the draft ready the next morning.

Pulling an all-nighter, Arabella takes a break and goes out. The next morning she cannot remember what happened and as she struggles to piece the night’s events together with her best friends Terry (Weruche Opia) and Kwame (Paapa Essiedu) she realises her drink was spiked and she was raped.

There is no easy phrase to formulate I May Destroy You. Like life itself, there is drama, comedy, tragedy and mystery. While Arabella is a victim of a horrific assault and struggles to process what happened to her, she is not a milk-and-water character, silently suffering the slings and arrows of outrageous fortune.

The 33-year-old Coel, who wrote the series, drew on her experience of being assaulted in creating the show. Arabella, who holds the show together even as it makes detours in space and time, might not be very likeable, she is however uber real. None of us are the perfect, heroic characters that we would like to be.

Arabella puts Terry down quite often, calling her ugly and retorting with ‘sparkling’ to Terry’s ‘still’. Sharp as a knife, she teases the Indian Zain (Karan Gill). When he says he went to Cambridge, she says “You must be hugging your certificate at night.” Her description of publisher Susy Henny (Franc Ashman) (“She is not just cool, she is Obama”) is evocative.

I May Destroy You

I May Destroy You can be looked at as a social documentary delving into the dynamics of race (“White girl’s tears have high currency”), gender and victimhood. The difference in the way police deal with male and female victims of sexual assault is revealing.

Theo (Harriet Webb), who went to school with Terry and Arabella, runs a support group for survivors of abuse. Terry doesn’t warm up to Arabella going to a support group run by Theo and we find out why in a flashback to 2004 when the girls were in school. Theo was as much a perpetrator as a victim.

When Kwame says, “Even if you never find the answer, I think it is really cool that you are asking yourself the question,” it encapsulates the spirit of the show. Tough questions need to be asked, that is the first step, the crack that will let the light in. So was the squeamishness to the section on period sex an aversion to a discourse on bodily fluids or was it internalised oppression?

Along with the tough questions, the incisive writing and spot on acting, I May Destroy You is a lovely-looking show. Arabella’s London with its hot pinks and electric blues is a very different one from Richard Curtis’ gently romantic one, but no less attractive.

When Arabella says, “Control what you can, no more no less,” she is not kidding. Coel has a gentle but firm hand at the helm of this zeitgeist-y show. And if you are in habit of watching the credits, the presence of an intimacy coordinator is supremely reassuring.

The autobiographical element in I May Destroy You, which is its strength, could well prove to be its weakness. Like Coel’s sitcom, Chewing Gum, I May Destroy You fixes the audience with its glittering eye of honesty. What would happen if Coel ran out of life experiences to use? The thought of this provocatively scintillating voice going silent is a sobering one indeed.

I May Destroy You streams on Disney+Hotstar