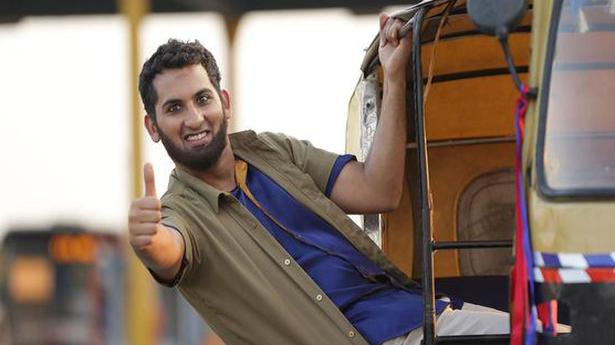 Despite the intent being fresh, clumy scripting and over-mining the material for sexual innuendo spoil what could have been a stellar effort

Entirely set in Shivajinagar, a bustling melting pot of cultures and languages in the heart of the City, with a large Muslim population, the film seems to offer a more rounded narrative of the City. The film is also multilingual —with characters speaking Kannada, Urdu, Tamil and English — natural to their roots and the characters that populate the film. While they speak different languages and come from diverse religious backgrounds, they quite naturally understand each other. It paints a picture of an organic, lived-in cosmopolitanism that is effortless. When was the last time a working class Muslim was the protagonist of a mainstream film? It also includes an inter-religious marriage which is on the rocks for the couple’s struggle to have children, not allegations of Love Jihad.

It is significant that the film is scripted and directed by Pannaga Bharana and produced by Puneeth Raj Kumar Productions, indicating an openness to a more layered and inclusive narrative of the city.

Danish Sait is rightfully the face of this new-age Bengaluru cinema. His debut film Humble Politician Nogaraj, was also an attempt in the same direction.

But while the intent is fresh, one only wishes the makers of the film had made better use of the wonderful premise they had: in a case of mistaken identity, a French national (Sal Yusuf) who lands in Bengaluru is assumed to be in charge of delivering a consignment of narcotics and ends up with Asghar (Danish Sait), an auto driver from Shivajinagar. The duo are chased by both gangsters and cops.

Rather clumy scripting and over-mining the material for sexual innuendo in almost every gag, mar the film. All the subplots in the film have a sexual undertone to it. That would be fine, if only they worked! While a few jokes land, most of them miss the right note, making the film — even with a runtime of less than two hours — a drag in parts, especially in the second half. It feels like a skit stretched a tad too long.

The film also opts for one too many caricatures with no arc over the course of its runtime. In fact, we know so little about even Asgar, the protagonist of the film, that he remains a caricature. Though Danish Sait fits in with his effortless Urdu, he also tends to overact, making the role veer towards being a caricature. French Biriyani is an interesting genre film, but certainly needed more attention to detail.