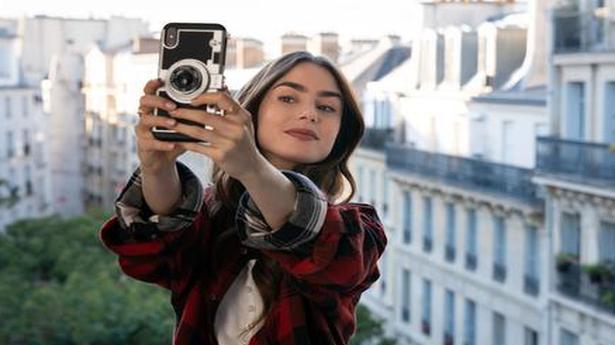 ‘Sex and the City’ creator Darren Star presents a breezy rom-com universe on Netflix, that is an absolute treat for millennials

It’s probably all the pandemic-induced house arrest; you’re sure to find yourself wanting to hop on a plane with every beautiful frame of the French capital while watching Emily in Paris.

The web series, which dropped on Netflix last week has 10 episodes and lends itself perfectly to a session of binge-watching, boasting of stunning visuals, big fashion moments, charming French men and a lot of chatter about food and wine.

We dive straight into Emily Cooper’s (Lily Collins) shift from Chicago to Paris. She can’t imagine living anywhere other than Chicago and yet, due to a sudden turn of events, she finds herself on a plane to Paris. Cooper is there to give Savoir, a Parisian marketing company that they’re merging with some American perspective on marketing. This is something that her French colleagues, led by the head Sylvie (Philippine Leroy-Beaulieu) aren’t particularly welcoming of, and are also in equal parts bemused by the fact that she can’t speak French.

The show packs in as many stereotypes as possible, staying true to its rom-com genre. We have the cold boss, the hot neighbour, the funny co-workers, the genius yet moody fashion designer and the supportive friends. Yet, what makes Emily in Paris tick is how it doesn’t ever take itself too seriously.

We see Emily navigate work as her mid-western sensibilities clash with the Parisian work culture and ethic: all while posting (sometimes cringeworthy) updates on her social media accounts and slowly building a following. “Americans live to work, we work to live.” a colleague tells her sagely. True to the times it is set in, the series has a lot to say about influencer marketing, Instagrammable spots and what it means to be politically correct.

The show’s creator Darren Star (Sex and the City, Younger) keeps the tone light, effervescent and optimistic. You know Emily is going to emerge unscathed from every curve-ball that’s thrown at her in each episode, and yet it’s hard to stop watching. This predictability does not take away from the show’s light-hearted appeal.

The series is also hell-bent on ensuring that we’re all on the same page when it comes to agreeing that Paris truly is the city of romance. Emily is relentlessly pursued by every man she meets, though these romantic encounters range from swoon-worthy to downright appalling.

Collins brings Emily alive on screen with her enthusiasm and earnestness. Hers is a character that could have become unlikable if not played by the right actor and she largely succeeds in giving you a protagonist that you end up rooting for (and yet want to stage the occasional intervention for). Leroy-Beaulieu plays a tough boss to the hilt, and while it sure is entertaining to see her roll her eyes at Emily’s marketing ideas and spar with her, you are left wanting more.

Lucas Bravo who plays Gabriel, her dreamy next-door neighbour, also plays a huge part in her tangled romantic life and lights up the screen in every frame he’s in. One wishes, however, that the writers had spent a little more time on Emily’s friend Mindy Chen (Broadway star Ashely Park) and her storyline. There’s a lot that could have been fleshed out with her story; but within the limitations of her character, Park manages to infuse warmth to her on screen persona.

While the show doesn’t quite pack the punch that Star’s earlier work Sex and the City did, watch Emily in Paris for its breezy charm and appeal. There’s a lot of wine, croissants, chic couture and dreamy Paris moments to be enjoyed.

Emily in Paris is currently streaming on Netflix