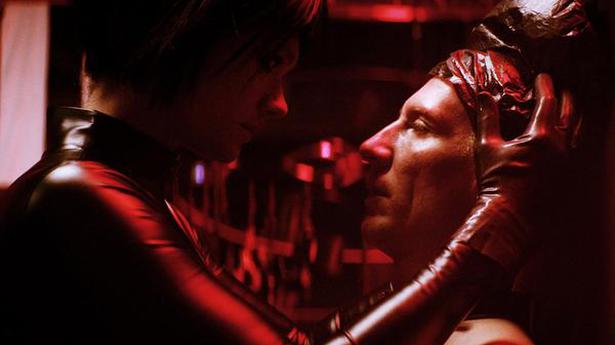 Finnish filmmaker J-P Valkeapää makes hardcore kink appear tender. In Dogs Don’t Wear Pants, he showcases BDSM unflinchingly and at its extreme, yet balances it out with melancholia and almost dream-like images in the same sequence, creating a hard-to-watch yet captivating experience. It would be quite rudimentary to describe Valkeapää’s latest as provocative. There is rational and substance to his visualisation. In addition to the film’s graphic nature, it throws open some fascinating inquiries about the extremes of sexual pleasure and pain; the link between trauma and sexual awakening; and how the human mind can find catharsis in physical agony.

What works in the film’s favour is that it not only abstains from being judgemental (or worse, prudish) but also endorses a sex-positive attitude. The hardcore fetish is laced with universally familiar themes of trauma and haunting memories, thereby ‘normalising’ it. Through the eyes of a ‘regular’ man like Juha, the audience is incrementally ushered into an underground scene of extreme sexual acts, and eventually flips the gaze, using a typical coming-of-age arc. It’s quite interesting to see the film using a conventional narrative trajectory to deal with a subject that to most would be rather shocking. On one hand, we see melting candles on a naked body, golden showers, leather costumes, bondage gear, neon red dungeon, flaccid penis; and on the other, erotically-shot bodies underwater in soft embraces, creating an intriguing juxtaposition of human intimacy and pleasure. The sex scenes are tactfully executed to amplify the inherent power play in the act.

Even though Juha and Mona assume clear roles in this dominant and submissive relationship, the power play between them remains fluid. They want to make an emotional breakthrough through pain and pleasure. Through them, Valkeapää highlights latent, almost primal, desires that exist right under the surface of ordinary suburbia, waiting to be unleashed by accident.

‘Andor’ series review: The perfect springboard into our favourite galaxy

‘Hush Hush’ season one review: Thriller soars on its compelling performances, but leaves us wanting more

‘Chattambi’ movie review: A well-crafted film that needed to explore its protagonist further