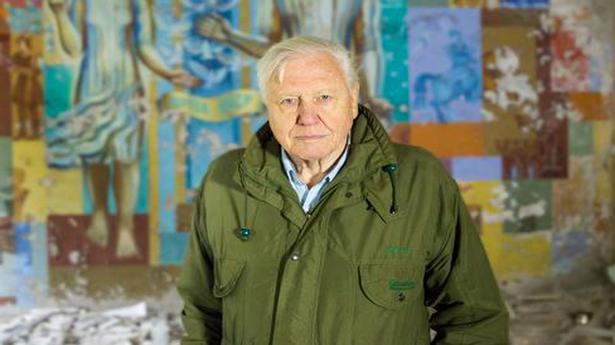 The documentary, through the eyes of the 94-year naturalist, educates us on how steeply and quickly the planet has changed over his lifetime

It is the early 2000s. My grandmother’s quaint tile-roof house in a small coastal village in Kerala, surrounded by stretches of coconut, mango, cashew and guava trees, is my summer vacation destination. It’s simply serene, sunny, and green. At night, the sound of chirping crickets, hooting owls and the occasional jackal howl kept us bright-eyed kids company. Today, almost years after my grandma passed away, all one sees there are rows of fancy two-storeyed houses.

David Attenborough: A Life on Our Planet is a similar “witness statement”. The story through the eyes of a 94-year naturalist educates us on how steeply and quickly the planet has changed over his lifetime.

The documentary opens with him standing in a deserted building with broken walls and shattered glass on the floor. He is in Ukraine where the Chernobyl nuclear plant tragedy happened in 1986. Though the catastrophe had an impact across Europe, he says that, “the true tragedy of our times is still unfolding, barely noticeable from day to day: the loss of biodiversity.”

Astounding nature photography accompanies his narration. Using archive footage of his work, he describes the damage human beings have inflicted over the last 94 years. Shots of lush rainforests with birds and butterflies are followed by chainsaws cutting down the trees. You see thriving coral habitats with colourful fishes and then bleached white dead corals, due to a result of ocean warming and gutted frozen fish; a glimpse of our overfishing over the years.

The most upsetting is the story of the destruction of rainforests of Borneo, which was replaced by rows of oil palms. This destroyed the habitat of the orangutans. “Orangutan mothers have to spend 10 years with their young, teaching them which fruits are worth eating. Without this training, they would not complete their role in dispersing seeds, and the future generation of many trees would be at risk,” says Attenborough.

Though nature takes time and energy to craft itself, humans have caused its collapse single-handedly. If changes continue at this rate, he notes that by 2100, the world would be almost four degrees warmer and a sixth mass extinction would be underway.

Every few minutes, we are shown a table depicting the world population, carbon in the atmosphere, and the percentage of remaining wilderness starting from 1926 — the year Attenborough was born — to 2020.

The last half an hour is an outliner for what can be done to reduce our carbon footprints, how to be sustainable, and a reminder that, “if we take care of nature, nature will take care of us.”

It is a wake-up call not just for individuals, but policymakers, governments across the globe, and a prescribed watch for climate change deniers.

Colin Butfield, WWF’s Executive Producer for the film, says in a release: “For decades, David has brought the natural world to the homes of audiences worldwide, but there has never been a more significant moment for him to share his own story and reflections. This film coincides with a monumental year for environmental action as world leaders make critical decisions on nature and climate. It sends a powerful message from the most inspiring and celebrated naturalist of our time.”

A gratifying full circle is made when the directors zoom out from the shattered building near Chernobyl Plant to show us that the wild has started to reclaim the city where over 50,000 people once lived. There will be no silver bullet to solve this crisis, but there is hope that nature will surely heal and restore if we give it the urgent attention it needs.

David Attenborough: A Life on Our Planet is now streaming on Netflix