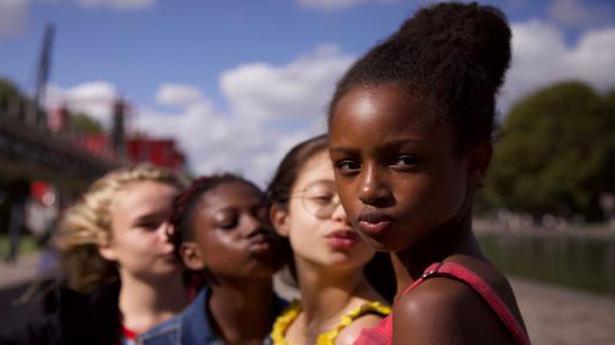 The award-winning French project, which has been accused of sexualizing girls and sparked a #CancelNetflix campaign, is difficult to watch as just another film

This French film written and directed by Maïmouna Doucouré has been in the eye of several storms. The coming-of-age film premiered at the 2020 Sundance Film Festival and won the French-Senegalese Doucouré the director’s award. It has attracted negative feedback for its sexualisation of children. Netflix, which acquired the film, drew flak for its poster advertising the film. Even though the film was well-reviewed, ‘Cancel Netflix’ became a thing with conservatives and conspiracy theorists jumping on the bandwagon.

With all this in the background, it is difficult to watch Cuties (Mignonnes in French) as just another film. However, needs must and as the camera follows 11-year-old Amy, a Senegalese girl living in Paris with her mother, Mariam (Maïmouna Gueye), and two younger brothers, we are drawn into her life. Amy’s struggles against a conservative aunt, her boredom with the never-ending prayer meetings, her loneliness, her unhappiness at the way her mother is being treated (her father has married again and is bringing his new wife home) makes her ripe to throw in her lot with the Cuties.

Angelica (Médina El Aidi-Azouni), Coumba (Esther Gohourou), Jess (Ilanah Cami-Goursolas) and Yasmine (Myriam Hamma) are the Cuties, a dance group, who are training to take part in a competition. Slowly, Amy is accepted into the group. The girls dress like their older competitors and there is definitely nothing very cute about the girls’ highly suggestive dance moves. Even as Amy is going for dance practice, preparations are on at home to welcome her father and his new wife, much to Mariam’s distress.

Watching Amy (Fathia Youssouf is incandescent) grow up under the merciless glare of social media reminds us to give thanks for growing up at a time when every silly foible and blunder was not recorded, uploaded and there to haunt one for all eternity.

Is the film exploitative of young children? One is reminded of Nietzsche’s warning to monster hunters, “if thou gaze long into an abyss, the abyss will also gaze into thee”. Doucouré who said she wrote the film after watching a talent show in Paris, has been quoted as saying she “created a climate of trust between the children and myself”. We have seen enough talent shows in India where the children perform rather inappropriate film songs and dances.

There have been comments of certain scenes being taken out of context, which has also contributed to a sea of flak. The film was deeply disturbing because it shows how difficult it is to be a girl these days. Watching Angelica twerking as she takes clothes out of the washing machine is difficult because of a crushing sadness at the loss of childhood. Banning a film or a streaming service is definitely not the answer to save our children.

Cuties is currently streaming on Netflix