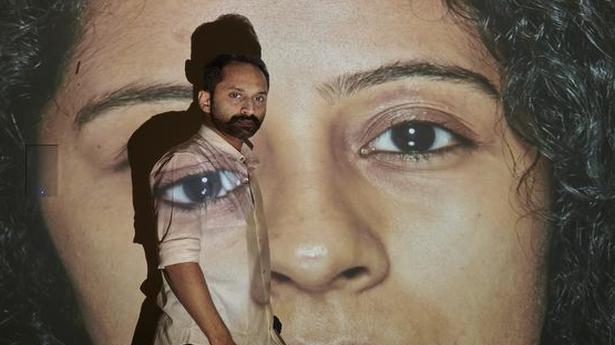 The performances of the three lead actors gives the Malayalam film its emotional core, without which it could have remained a mere showcase of technical mastery

In a pandemic-hit world where a large number of people are cocooned indoors and interact with each other more through screens than in the real world, it was about time that movies also reflected that reality.

But, C U Soon, streaming now on Amazon Prime, is not set in such a world. Rather, telling the story through screens — everything from mobiles to laptops to CCTV visuals — is a challenge that the filmmakers have placed for themselves.

It is something a few others have tried before, like in the 2014 horror film Unfriended or the 2018 film Searching, both of which told their story through screens. Yet, Mahesh Narayanan who has written, directed and edited this film has left in it a mark of his own.

Here, we have Jimmy Kurian (Roshan Mathew), a Dubai-based banker meeting Anu Sebastian (Darshana Rajendran) through an online dating website. Jimmy comes across as impatient, wanting to meet, and before long, get married, within a few days of them being introduced to each other. The audience cannot also be faulted for some impatience in those initial moments, when all that they get are text conversations between the two on-screen.

With Jimmy wanting to get married to a somewhat reluctant Anu, his mother seeks the help of his cousin Kevin (Fahadh Faasil), who knows a thing or two about snooping online, to do a background check. A lazy search later, he gives the go-ahead. But when things seem to be going smoothly, Anu disappears without a trace.

Beyond the surface of the constant shifting between the myriad screens, there is a base story, which if told in a conventional manner, might not have matched the excitement quotient that this plot manages to produce — for there is a tinge of familiarity to Anu’s plight. But at the same time, it is this story, and the performances of the three actors, that gives the film its emotional core, without which it could have remained a mere showcasing of technical mastery.

Performing is not easy, when it is just the actors’ faces in close up on the screen, most of the time. Darshana, Fahadh and Roshan pull it off marvellously. The taut screenplay hardly ever lets up, from the frenetic pace that it sets right at the beginning, flitting from one screen to the next, from one corner of the globe to the other. The makers have achieved this with characters who remain indoors and meet each other mostly online.

Moments that we live out of the screen, in our real lives, are inventively brought within the screen. At times, it also makes us wonder whether we live more of our life on screens now.

Questions about surveillance and snooping are also raised, on the many footprints that people leave in the digital world, making it easy even for strangers to construct an almost accurate picture of your life. Not all strangers can be well-intentioned as the snooper in the film is.

In C U Soon, Mahesh Narayanan has turned the limitations set by the pandemic to his strengths. Creativity cannot be locked down, for long.

C U Soon is currently streaming on Amazon Prime

Krishna impresses with his presentation of kritis and raga essays