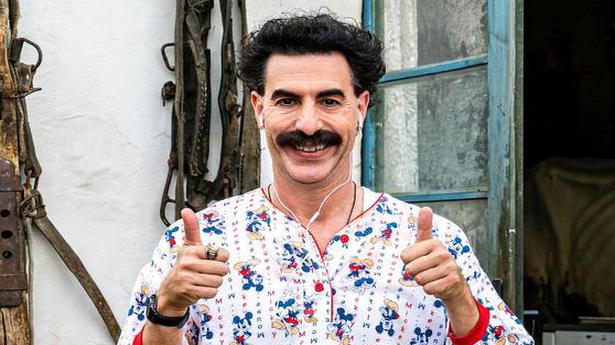 Despite a variety of relevant topics all commented upon, the sequel does not feel as sharp and fresh as the original

He is back, and this time with his daughter.

Borat Sagdiyev (Sacha Baron Cohen), the reporter from Kazakhstan, who in Borat: Cultural Learnings of America for Make Benefit Glorious Nation of Kazakhstan (2006), came to study American culture and ended up making his country a laughing stock around the world. Borat was thrown into prison for this and has spent the last 14 years breaking rocks.

Now, he is given a chance to make things right when the President (Dani Popescu) suggests he go once again to America and present a monkey (the minister of culture no less) to President McDonald Trump. Borat’s producer, Azamat Bagatov, unfortunately does not accompany him as he has been turned into a dreadfully detailed armchair.

Of course, nothing goes as planned with Borat and instead of a monkey he is stuck with his daughter, Tutar (Maria Bakalova). Borat tries to make good by offering his daughter instead and all matter of mayhem ensues only to come right in the end.

COVID-19, the US elections, racism, feminism and anti-Semitism are all commented upon apart from the ubiquitous smartphones and Internet searches. Borat appears in a variety of disguises, including a pink bikini in that much publicised encounter with former Mayor of New York City, Rudy Giuliani. There is the weird accent and strange syntax as well the political incorrectness, but it all feels a little bit bleh—not as sharp and fresh as the original. One could have done with some irreverent laughs in these endless rainy days. Sigh.