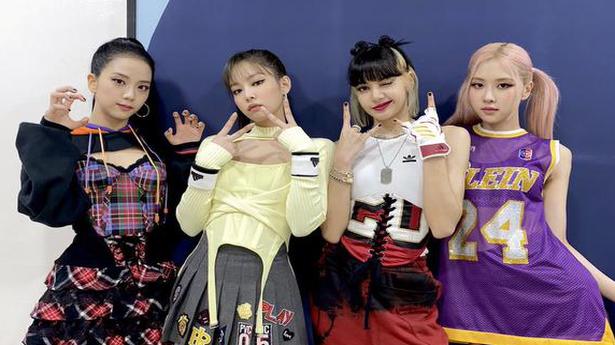 Directed by Caroline Suh, the documentary chronicles the meteoric rise of the South Korean girl group and its members Jennie, Jisoo, Lisa and Rosé

Blackpink: Light Up the Sky, Netflix’s newest documentary film couldn’t have dropped at a better time. The South Korean K-pop girl group made history by debuting at No.2 on the Billboard Top 200 chart a few days ago for their latest release, The Album, earlier this week.

Directed by Caroline Suh, the documentary chronicles the meteoric rise of the girl group and its members — Jennie, Jisoo, Lisa and Rosé — who were introduced as Blackpink in 2016.

We see their earliest trysts with music, as the girls take us through their individual beginnings as teenage K-pop idol trainees with YG Entertainment. For a viewer who is largely unaware of what the genre of music is or how Blackpink burst onto the scene, the context is effectively set.

What makes the film shine is how the focus doesn’t just remain on the big moments. There’s a lot of screen time dedicated to their explosive performance at Coachella 2019 where they made history as the first girl K-pop group to take the stage at the prestigious festival, but the film also highlights the gruelling road towards their success.

Director Suh uses footage of the girls taken during their recording sessions, backstage at their concerts and intimate, personal interviews which she combines with early home videos taken before they became household names. The girls themselves, sit in a theatre and view videos of their first auditions as an Idol trainee with YG entertainment — giggling at their fashion choices, the ‘dark music’ they used to sing and how their musical prowess has evolved.

Blackpink: Light Up the Sky also throws some rather fascinating light on how K-pop idols are auditioned, trained and readied to become music superstars. Training for 14 hours a day, a break only once every 13 days, abstaining from drinking, smoking or getting tattoos, learning several new dance and music forms: all this for years coupled with the uncertainty that they might never actually debut as an idol.

Striking a refreshing balance between their career highs and lows, the girls take a look at their journey with honesty and sincerity. “When things get faster, it becomes rather overwhelming at times,” says Rose. If being an idol trainee was tough, thriving as the reigning K-pop queens comes with its share of homesickness, self-doubt and anxiety.

The documentary is also successful in humanising the global stars while also managing to capture the warmth they share. “When everyone settles into their roles, a synergy is born,” says Jisoo, as she reflects on what makes them tick.

With both Blackpink and septet BTS (Bangtan Boys) dominating the global music charts at present, the spotlight is shining harder than ever on Korean pop music. Suh, in a recent interview, said that she hopes for the Blackpink members to be seen as more than just one-dimensional stars and idols. The film does just that — and is sure to leave you rooting for them — and also wanting to play their chartbusters like ‘Whistle’ and ‘DDU-DU DDU-DU’ on loop!

Blackpink: Light Up the Sky is currently streaming on Netflix