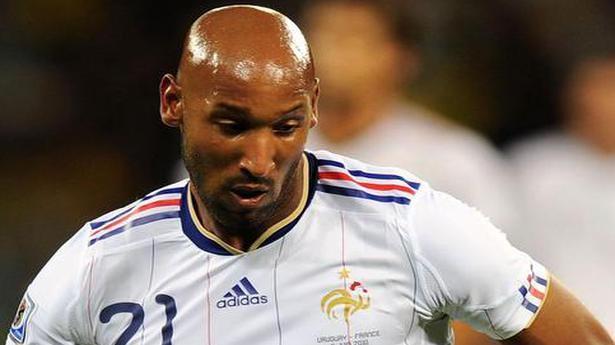 The documentary, directed by Éric Hannezo, tries to uncover the man behind the football star’s many controversies

Maybe the documentary should not have been called Anelka: Misunderstood as it sounds apologetic, which does disservice to its subject. While there has never been any doubt of the 41-year-old French footballer’s talent, there are diametrically opposing views of his attitude. He has been called “Le Sulk,” while Arsenal teammate, Lee Dixon, described him as “shy and introverted”.

The documentary, directed by Éric Hannezo, tries to uncover the man behind the controversies. It does so with interviews with Anelka and a host of others including his brothers, Claude and Didier, who were his managers, his Belgian choreographer wife, Barbara, actor and comedian Omar Sy, actor and director Franck Nataf, former Arsenal manager, Arsène Wenger (who allegedly told him, “No matter how much money you earn, you can only eat three meals a day and sleep in one bed”) and legendary footballers Emmanuel Petit, and Didier Drogba among others.

The documentary starts with Anelka in Dubai enjoying the quiet life with his family and goes back to Anelka growing up in Trappes, near Paris. He describes his childhood as enjoyable. Anelka: Misunderstood follows his career from joining Paris Saint-Germain at 16 to his move to Arsenal, Real Madrid, his return to Paris-Saint Germain, playing for Liverpool on loan, Manchester City and Chelsea.

His forays into coaching (he was player-manager for Shanghai Shenhua and Mumbai FC) and managerial stints are not touched upon. In the film, former team-mate, Thierry Henry, says, “For me, there is a world of difference between what people think of Nico, and Nico himself.” This is essentially true of anybody, what people think of you is most often very different from what you think of yourself and what you are.

Of course when you are a phenomenally talented and successful footballer, the stakes change drastically. Anelka speaks candidly of the many charges against him — of being too fond of money, of the supposed anti-Semitism in the quenelle gesture he made after scoring during a match in 2013 and the altercation with coach, Raymond Domenech, during the 2010 World Cup in South Africa which cost him his international career.

A straight-forward biography, the access granted by Anelka ensures we get to hear the footballer’s side of things. The chance to see Anelka’s skill on the field is an added bonus. The only problem with the French documentary is everyone speaks very fast and one has to do speed reading of the subtitles, which are most often not placed for maximum readability. “I have lived my life at full speed,” Anelka says and that blistering pace powers this documentary too.