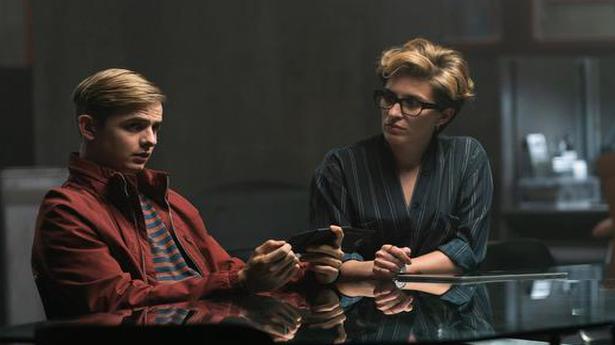 Adapted from the books by Guy Burt, the series strikes the right balance between believable, high-octane action and full-on fantasy

Like his grown-up avatar, James Bond, teenage spy Alex Rider, offers the ultimate escapist fare. From 2000, Anthony Horowitz wrote 12 novels featuring Alex, a reluctant MI6 recruit, repeatedly saving the world from a bevy of colourful megalomaniacs and their weird and wonderful sidekicks. All the things that made James Bond hysterical fun, are faithfully reproduced in the novels from the fancy meals to preposterous plans for world domination. The sex, sadism, alcohol and cigarettes are naturally given a miss.

Incidentally, Horowitz was commissioned by both the Arthur Conan Doyle and Ian Fleming estates to write further adventures of Sherlock Holmes and James Bond. The resultant novels, The House of Silk (2011) and Moriarty (2014) for Holmes and Trigger Mortis (2015) and Forever and A Day (2018) for Bond were enormous fun.

The first Alex Rider novel, Stormbreaker, was made into a film in 2006. The eponymous film with a screenplay by Horowitz and star-studded cast, including Mickey Rourke, Bill Nighy, Alicia Silverstone, Stephen Fry and Ewan McGregor, was a spectacular flop and we had to wait 14 years for the adaptation of the second Alex Rider novel, Point Blanc (2001).

The wait has been worth it as the series adapted by Guy Burt strikes the right balance between believable, high-octane action and full-on fantasy. Credit should also go to Otto Farrant for his pitch-perfect Alex walking the line between sass and vulnerability. Brenock O’Connor as Alex’s best friend, Tom Harris, looking strangely like a young Benedict Cumberbatch, is eminently watchable.

The eight-episode first season, largely follows the book. Fourteen-year-old Alex lives with his uncle Ian (Andrew Buchan) and Jack Starbright (Ronkẹ Adékoluẹjo) a UCL graduate from America and housekeeper/Alex’s carer. When Ian dies, Alex is recruited by Alan Blunt (Stephen Dillane), from the Department of Special Operations, of the MI6. Alex’ handler, Mrs Jones (Vicky McClure) is not very happy about throwing Alex into the deep end. There is a mysterious assassin, Yassen Gregorovitch (Thomas Levin), who has a connection to Alex.

Rich and powerful people around the world are dying in accidents and the only link seems to be Point Blanc, an exclusive school in the French mountains. The school, run by Dr Greif, (Haluk Bilginer) is for wayward children of the super-rich. Alex joins Point Blanc as the bratty heir to a food empire and quickly uncovers a mad world domination plot of mammoth dimensions. He has to save the world and outsmart the wicked Eva Stellenbosch (Ana Ularu) with a little help from Kyra (Marli Siu) an introverted hacker and fellow student at Point Blanc.

There is a thrilling chase down the snowy slopes on a repurposed ironing board reminiscent of Fleming’s On Her Majesty’s Secret Service. Shot in London and Romania, the series, which has Horowitz serving as one of the executive producers, seamlessly updates the story, introducing smartphones and social media without losing the spirit of the books.

The theme song, The World Is Mine by Samm Henshaw and the opening credits have a James Bond-ish feel but also manages to give the impression of being its own beast. I cannot wait for season 2 which hopefully will be an adaptation of 2002’s Skeleton Key which has sharks, nuclear bombs, the impossibly scary henchman Conrad and of course Sabina Pleasure! Groovy baby, yeah!