Bollywood actress Parineeti Chopra recently made a trip to Nepal and was seen posing in front of Mt Everest during her getaway. Now, it’s Kartik Aaryan is taking inspiration from the actress as he shared pictures of himself in similar poses.
On Friday, Kartik took to his Instagram handle and dropped a glimpse of his short break to the mountains. In the pictures, he was seen sporting a backpack with his back facing the camera, almost like Parneeti’s recent pictures from Nepal. He captioned them, “Breathe”.

Soon after he shared the post, Parineeti pointed out that Karthik copied her with the pictures. She reposted the pictures together and wrote, “Mere @kartikaaryan kya bolte ho (My Kartik Aaryan what do you want to say!).”

Responding to Parineeti, Kartik blamed her for copying him and wrote back, “Stop copying me Pari.” To this, she replied once again, “GUTS. Need Diet_Mountain to announce the truth about who copied whom.”

Check out their hilarious banter here: 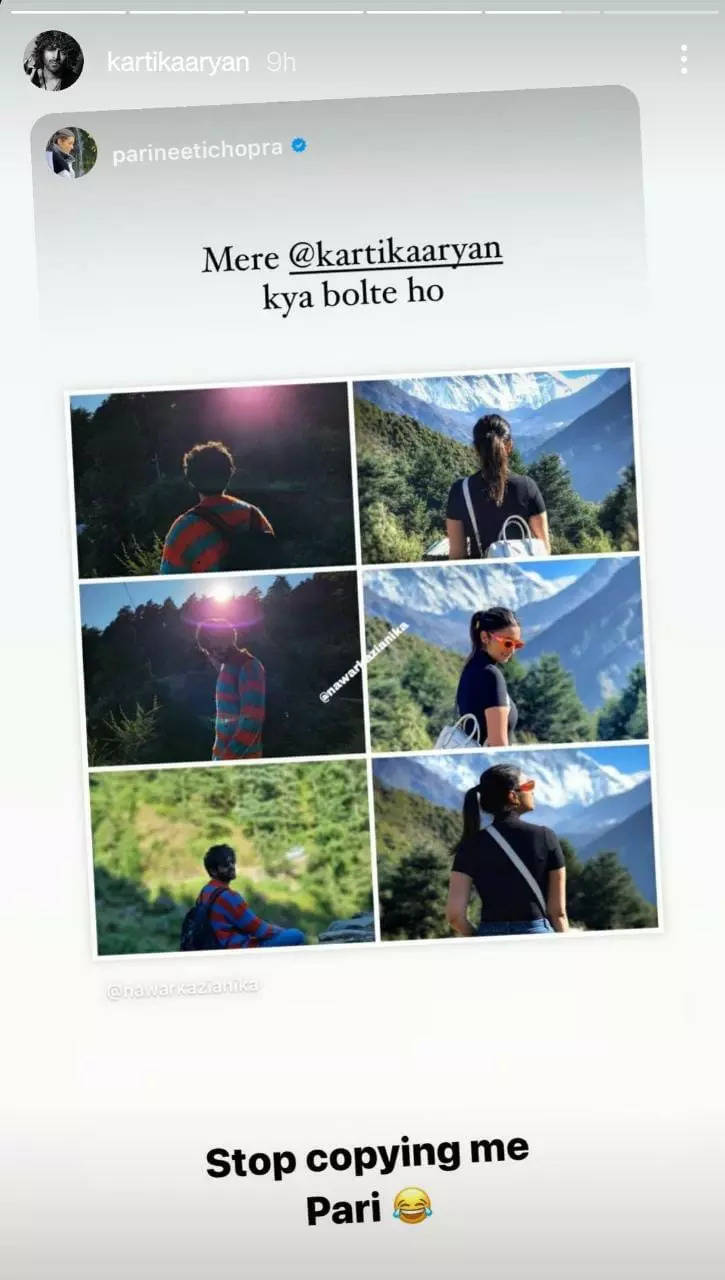 Last week, Parineeti had put up mesmerising pictures from Mt Everest earlier. “Good morning, Mr Everest. You taught me a lesson in humility today #Uunchai #ShootMode #Nepal” she further penned down a note in the post.

Currently, she is shooting for Sooraj Barjatya’s next ‘Uunchai’ in Nepal. Her co-stars Anupam Kher and Boman Irani were also with her for the shooting schedule.

Kartik, on the other hand, will be next seen in ‘Bhool Bhulaiyaa 2’ with Kiara Advani.