Kareena Kapoor Khan attended a family dinner on the occasion of Karwa Chauth. Late actor Rishi Kapor’s daughter Riddhima Kapoor Sahni shared the pictures from the small get-together. For the occasion, Bebo wore a pink loose kurta teamed with matching pants. The pregnancy glow was totally visible on her face!
Also, Tara Sutaria was present at the party and in the picture shared by Riddhima, she can be seen posing beside her beau Aadar Jain. The photo also featured Randhir Kapoor, Neetu Kapoor, Armaan Jain with his wife Anissa Malhotra. Riddhima captioned the post, “Check out the pics here: 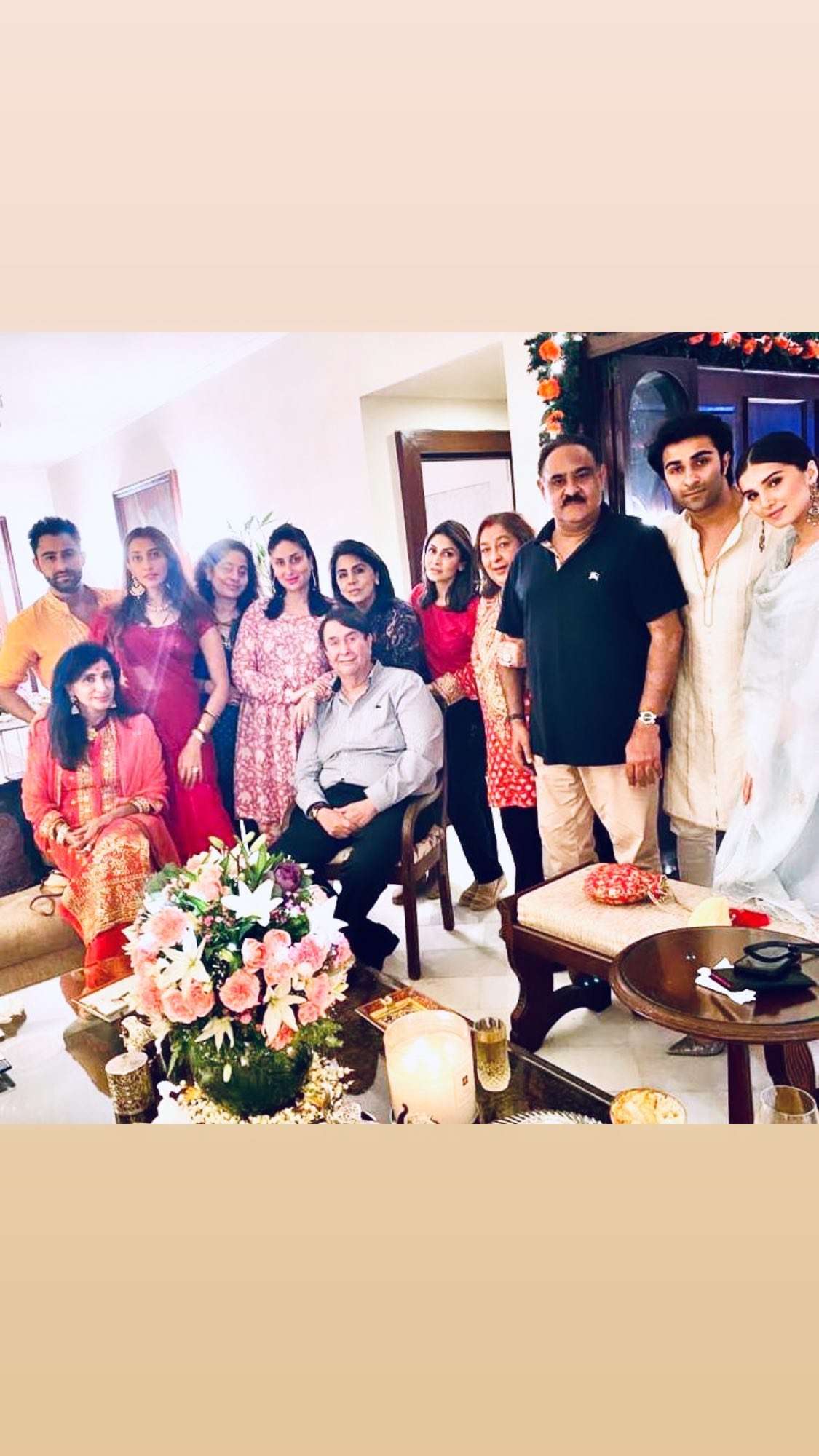 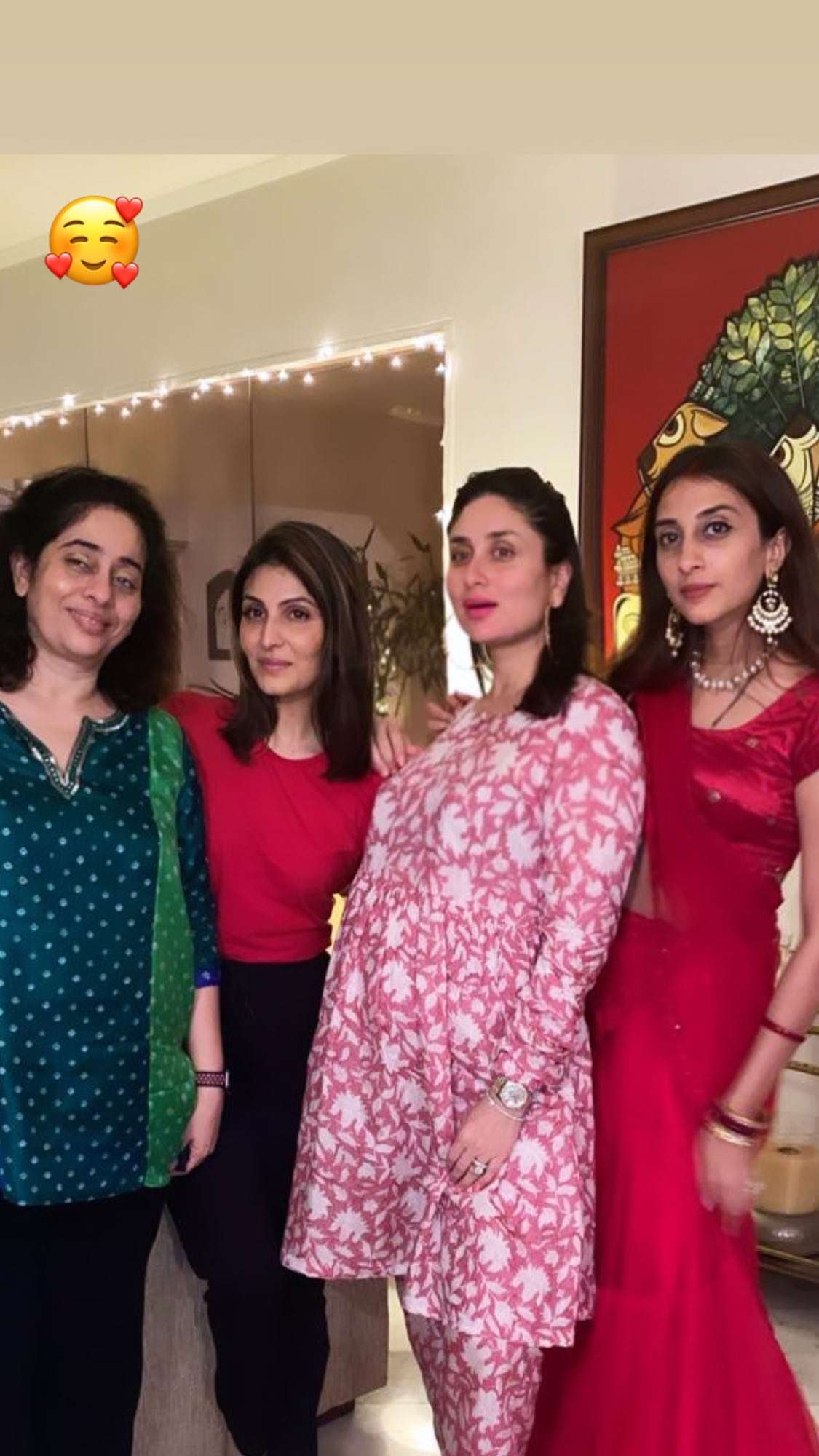 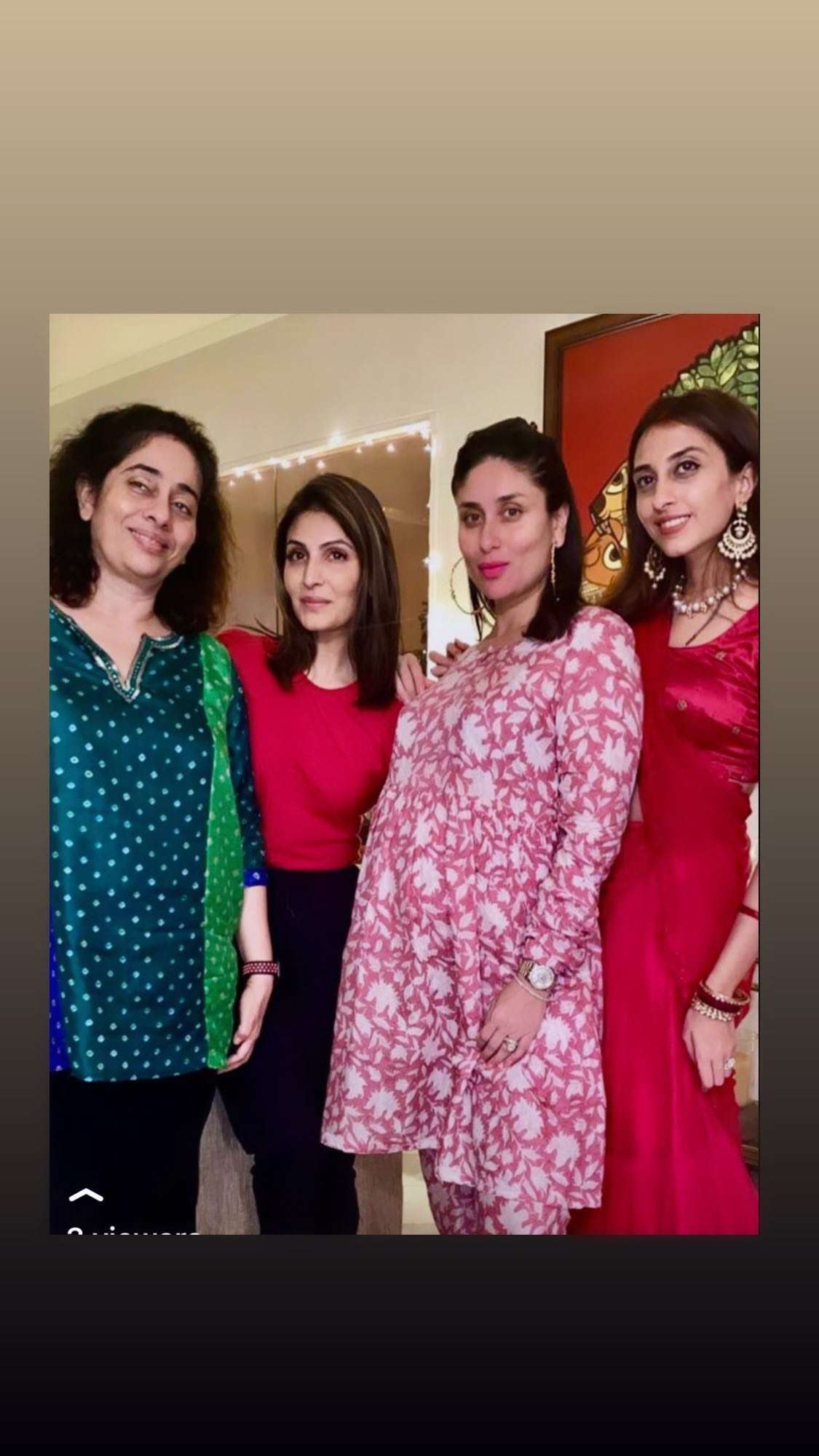 Meanwhile, on the work front Kareena will next featue in ‘Laal Singh Chadda’. She recently completed the shoot of the film. She was last featured in ‘Angrezi Medium’ starring late Irrfan Khan.
On the other hand, after having floored everyone with her style file in 2016, when she was pregnant with Taimur Ali Khan, Bebo is once again rocking her second pregnancy.