Ranbir Kapoor and Alia Bhatt are all set to get married this weekend. The preparations for the wedding are in full swing. Now, today in the evening, the groom-to-be was snapped by the paparazzi as he exited a clinic in the city. The actor wore a pastel-coloured shirt teamed with light blue ripped denim and a golf cap. The actor gave a thumbs-up to shutterbugs as they clicked his pictures. Check out the photos here: 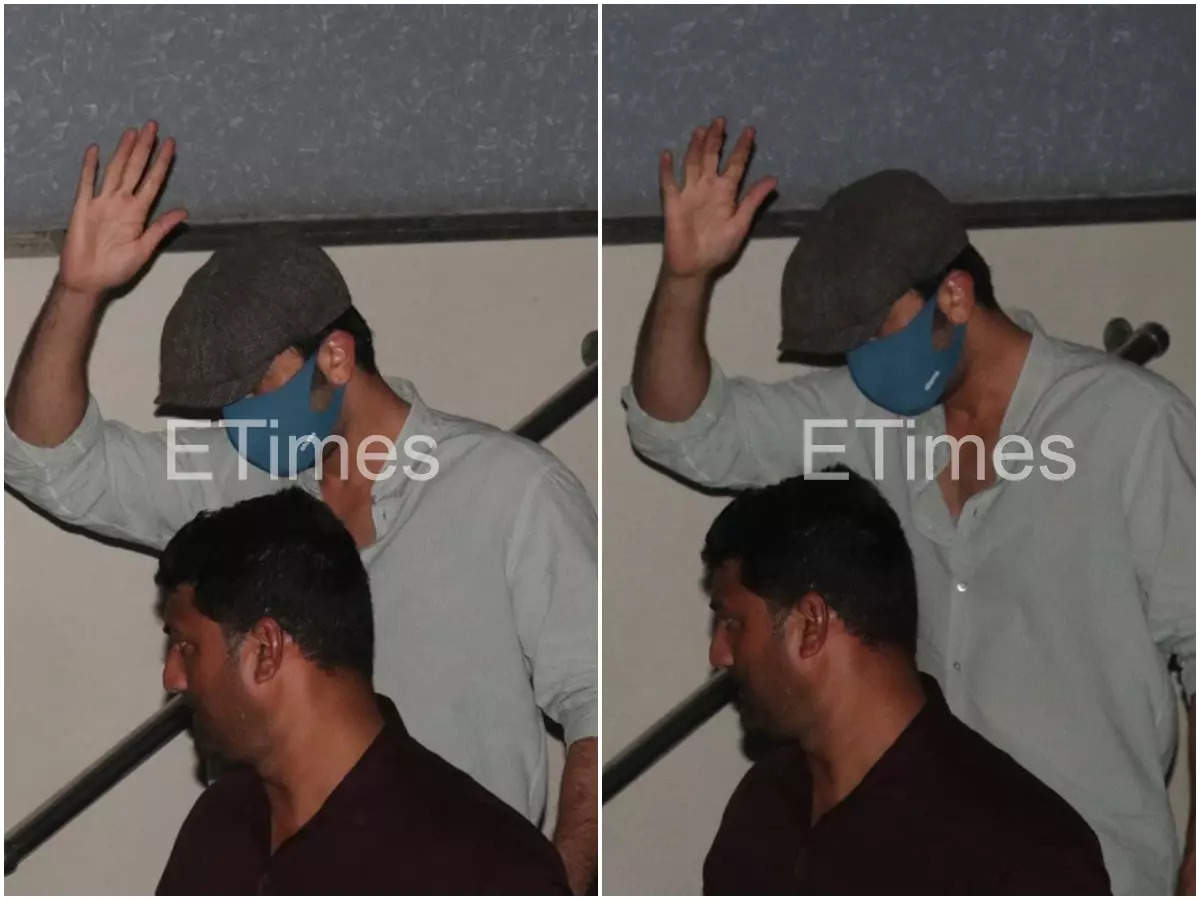 Meanwhile, the wedding will take place at RK’s Bandra house, Vastu. White curtains have been put up around the venue for privacy concerns.
For the last two days, Ranbir was shooting for Luv Ranjan’s film at Aarey Colony, Goregaon while Alia was handling the wedding arrangements. Today, Alia left for Panvel where she is filming for ‘Rocky Aur Rani Ki Prem Kahani’.
Also, the couple has not made any official announcement of their marriage yet. The duo fell in love with each other while they were shooting for ‘Brahmastra’.
Source