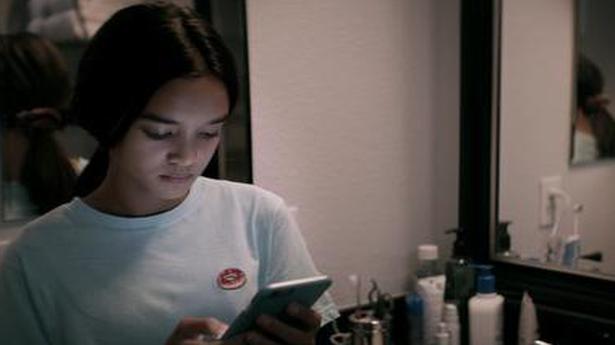 Making waves online for its subliminal messaging, ‘The Social Dilemma’ features whistleblowers who worked for the greedy Internet companies accused of ‘tech-xploitation of bio-power’

There is a ‘now you see it, now you don’t’ scene in The Social Dilemma, where former Google design ethicist and product philosopher Tristan Harris does a vanishing coin trick. It comes about 20 minutes into the film but it is quite a metaphor for the entire arc of the documentary. Social media is always going to be a dozen steps ahead of you, even when you think you may have cracked the formula for social networking.

As most of the world continues to be home-bound, Netflix has placed audiences in the ultimate social dilemma by streaming The Social Dilemma, the latest documentary from Jeff Orlowski. In the past six months, the OTT giant has put out a plethora of documentaries on the Internet problem, so what is so different with this one that people all over the world are hyperventilating? Answer: All those swirling facts about surveillance, data collection, algorithmic power and addiction have solid corroboration straight from the people who not only worked at these companies but even helped start them or catalyse their growth. In the roughly 90-minute film, a handful of former employees of Twitter, Google, Apple, Facebook, Uber, Instagram and more recount their ethical concerns over the shifting tides of social media and power. As expected, audiences share in the discomfort of these confessionals which appear to be PSAs of sorts.

Watching this as someone who studied the Internet and its intricacies in post-graduate school, offered up some pretty vivid flashbacks to the then-seemingly mundane theories and literary works in the form of now-confronting realities. Foucault’s theories of power and surveillance? Chomsky’s five filters of the propaganda model? It all came rushing back to me as I watched more.

The Social Dilemma stresses that we have subverted to a lifetime of voluntary servitude online, because — especially now — it is our primary means of connection. It confronts audiences with the reality that future generations are essentially born to only be sent down a rabbit hole that is both addictive and isolating, thanks to features such as ‘doom scrolling’ — formerly known as the euphemistic ‘infinite scrolling.’

We see much of this in the dramatised scenes around a fictional middle-class American family, with each member becoming enslaved by their addiction to the digital space; the pre-teen daughter (Sofia Hammons) is vulnerable to self-image issues and peer pressure, the son (Skyler Gisondo) struggles with romantic heartbreak and becomes vulnerable to radicalisation via social media. Ultimately, the family becomes more distant in its nucleus as each person’s attachment to the online becomes more prevalent through the slow roll of their thumbs on their screens — it’s a shock to the system, given there have been many a time I have preferred the company of my phone over that of my family, at the dining table.

What would social theorist Michel Foucault — an academic about whom I ranted many a time — think of social media now? Interviews with Harris, Rosenstein and Zuboff reveal that audiences need to think about the privatisation of the Internet by large corporations. As a theorist who lived way before even an inkling of the Internet even existed, Foucault believed that the masses are conditioned through language to take on ideological perspectives which may have very little to do with fact. Now with social media, there is the reality of fake news and memes which gain traction through shock value and bias but have prevalent effects on consumers.

Who’s in the documentary?

Foucault’s take on surveillance comes to mind at the introduction of the trinity of social media, algorithmic power and surveillance turning us, the consumers, into the product. Lanier specifies it, “It’s the gradual, slight, imperceptible change in your behaviour that is the product. That is the only possible product.” The Internet is not black and white, confirmed at Seibert’s, “Everything [people] are doing online is being watched, is being tracked, is being measured. Every single action you take is carefully monitored and recorded. Exactly what image you stop and look at, for how long you look at it.”

Algorithmic power to the fore

Probably one of the most compelling statements in the entire documentary is from Zuboff herself “[Social media] is a marketplace that trades exclusively in human futures… and those markets have produced the trillions of dollars that have made Internet companies the richest companies.” The trading floor here runs on the fuel of algorithms. The Social Dilemma dissects them into the three goals of engagement, growth and advertising held mutually across Internet companies.

This is effectively visualised on-screen through an interesting back-end dramatisation starring Vincent Kartheiser as three avatars representing the aforementioned goals, with a spread of screens in front of them. Each avatar cunningly throws out ads, push notifications, in-app interaction suggestions and more to further pull the consumer down the rabbit hole. The ‘tech-xploitation of bio-power’ is well underway through the harvesting of personal data, location tracking and even coaxing us to keep an eye on each other (even strangers).

So back to the vanishing coin trick. While it is very good to understand the subliminal and troubling messages behind The Social Dilemma, it helps to decode the film’s intention. After all, Orlowski and his team did not tell us anything we did not already know on some level. Perhaps the intention lies in the film’s timing with all of us screen-bound with little else to do, or perhaps to do with the crackdown of governments on Internet companies as our data — which many of us even willingly hand over with the blase thought of ‘what is the worst that can happen?’ — becomes weaponised and/or politicised.

More importantly, does the film have a call to action? While slickly done, almost like a Vox documentary, there is no message to say ‘remove your digital presence’ because there is no quick and easy solution. However, the somewhat confronting nature of the film does coax audiences to hold these Internet companies accountable; we cannot leave it to the FCC in the USA or the Central Government in India to do the people’s work for us. By breaking down the goals of these trillion-dollar companies, The Social Dilemma has given us a place to start.

Live: Jury distances itself from Nadav Lapid’s criticism of ‘The Kashmir Files’