Actor Arjun Kapoor will turn a year older on June 26 this year and his ladylove Malaika Arora has reminded him of the same. The ‘Gunday’ actor took to Instagram to share a picture of the early birthday gift he received from Malaika. Arjun captioned the post, “72 hours prior she makes sure she reminds you it’s ur bday weekend.” The actor added ‘In Da Club’ by 50 Cent as the background song of his Instagram story.
From the picture, it seems Malaika has sent several different things for her beau. All of them were wrapped in a black and white striped cover. Here, take a look: 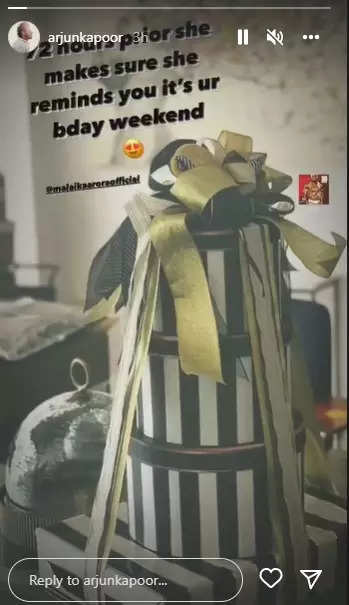