Rohit Shetty directed ‘Golmaal’ franchise has been much loved by fans and the third installment in the series completed 10 years today. The film had released on the occasion of Diwali in 2010 and featured Ajay Devgn, Arshad Warsi, Tusshar Kapoor, Kunal Kemmu, Shreyas Talpade and Kareena Kapoor Khan in the lead. The fun entertainer emerged as a perfect Diwali gift for moviegoers and left fans wanting for more. In an exclusive interaction with ETimes, Kunal Kemmu, who essays the role of a poetic entertainer in the series, opened up about shooting ‘Golmaal 3’ in Goa, “Every day on the sets was entertaining… I really can’t bring it down to any one particular one. The only thing I can think of is that we had to remind ourselves that we are there to work and not on an actual holiday. (laughs)”. 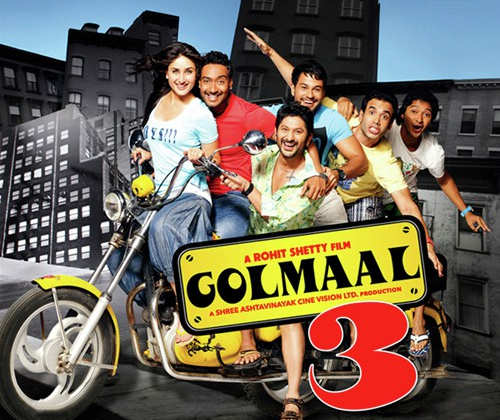 After ‘Golmaal 3’, fans were entertained with ‘Golmaal Again’ in 2017 and everyone has been eagerly waiting for the fifth film in the franchise. Sharing his excitement for ‘Golmaal 5’, Kunal adds, “I am as excited as the audiences are. For me and the entire team it is an experience that we look forward to. It’s like a big family vacation that we take and come back with a movie at the end of it.”

‘Golmaal: Fun Unlimited’ (2006) was the first part in the hit franchise, four films and over a decade later, Kunal Kemmu is hopeful that the series will have a long run in the future. “As long as the audiences keep showering their love on us and the film and as long as we can physically keep up with all the madness required for it, we can keep making them,” concludes Kunal.
Source