Kartik Aaryan enjoys massive fan following and recently on his birthday the actor received a special surprise. While he stepped out to be with fans and photographers to cut a cake, a female fan revealed that she had got a permanent tattoo dedicated to him. The fan has inked Kartik’s name and his birthday date. Kartik was initially surprised and had asked, “Ye tattoo hai aapka (Is this your tattoo?) Is it permanent?” and after the fan replied affirmatively, Kartik thanked her for the sweet gesture. Later, Kartik also penned a thank you post for all the love he received on his birthday. 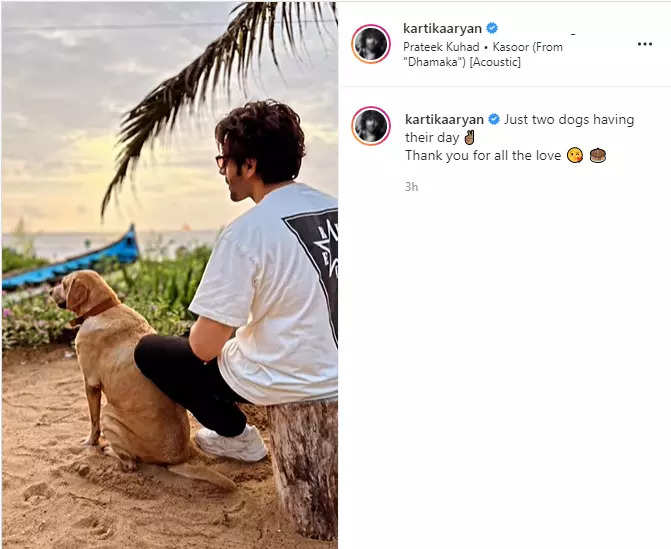 In a recent interaction with ETimes, Kartik shared that he is eager to grow as an artiste. He said, “I need to explore more characters with newer directors based in different zones and genres. Now I am hungrier than before, putting myself out there, out of my comfort zone to try and showcase different sides to my acting ability. The idea is to show newer shades to the audience.” And when as asked Kartik which filmmaker from Bollywood would he want to working with next, the actor replied, “I would love to work with Sanjay Leela Bhansali.”

On the work front, Kartik Aaryan will soon be seen in Anees Bazmee’s horror comedy ‘Bhool Bhulaiyaa 2’. This film features Kartik, Kiara Advani and Tabu in the lead roles. He also has ‘Freddy’ with Alaya F, which is being directed by Shashanka Ghosh. Kartik Aaryan has also signed up for Hansal Mehta directed ‘Captain India’, wherein he essays the role of a pilot. Speaking about the venture, Kartik had said in a statement, “‘Captain India’ is inspiring and thrilling in equal measure and it gives me great pride and honour to be a part of such a historic chapter of our country. I have immense respect for Hansal sir’s body of work and this was the perfect opportunity to collaborate with him.” This film is reportedly inspired from India’s biggest and most successful rescue missions from a war-torn country.