It didn’t take long for the rumours of Indian cricketer Rishabh Pant dating Bollywood actress Urvashi Rautela to go back to the pavilion in cricketing language, but tongues are wagging again after India has finished on a tantalising score of 151 in their 20 overs. The two were allegedly getting close and spotted on a dinner date last year and suddenly, Pant blocked her on WhatsApp as ‘he didn’t want to take anything forward’.
The speculation had quashed when later the Delhi-born cricketer shared a picture with his girlfriend Isha Negi from their vacation in the snow-capped mountains. The actress’ spokesperson then went on to record that the two mutually decided to block each other as the relationship wasn’t progressing any further. 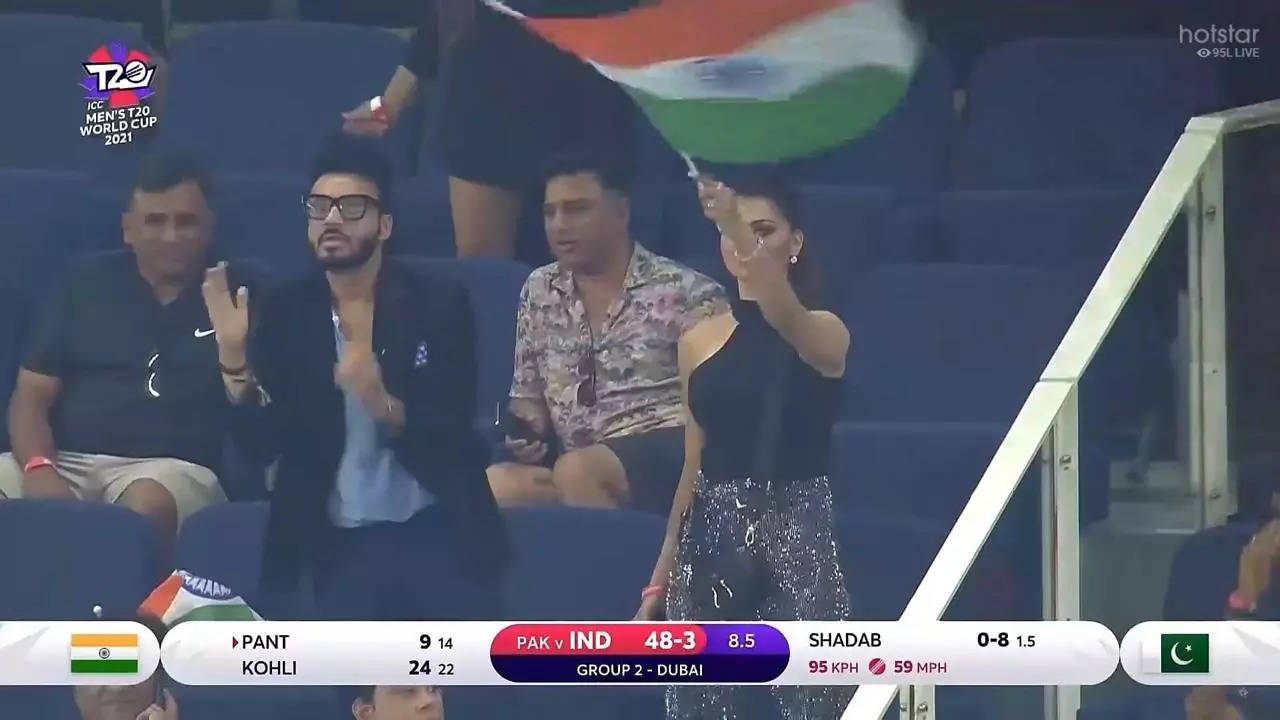 Well suddenly today we find Rautela cheering lustily in the stands. Ms Rautela has not been seen on any match after her alleged link-up with Pant. Makes us ask: Is Rishabh now once again close to her?
Another question before we go off on this one? No, let’s not say, go off. It might be a developing story. Yeah, so what’s the second question? It’s a known fact that Urvashi loves publicity. Reportedly, she has a record of crashing into parties where the biggies of Bollywood were present. What bigger stage than an Indo-Pak cricket match?

Over to Dubai again as the run chase begins. Bumrah and Shami are steaming in. We need quick wickets. It is obvious that the cameras will be on Ms Rautela if and when Pant is involved in a catch or stumping.