Hrithik Roshan and Saba Azad made their way home on Saturday night, after spending a luxurious time in Europe. The much-in-love couple sported stylish casuals and walked hand-in-hand at the airport. The actor was also accompanied by mom Pinky Roshan and son Hrehaan. In a rare public appearance, Hrithik Roshan’s sister Sunaina was also spotted returning home with the actor. 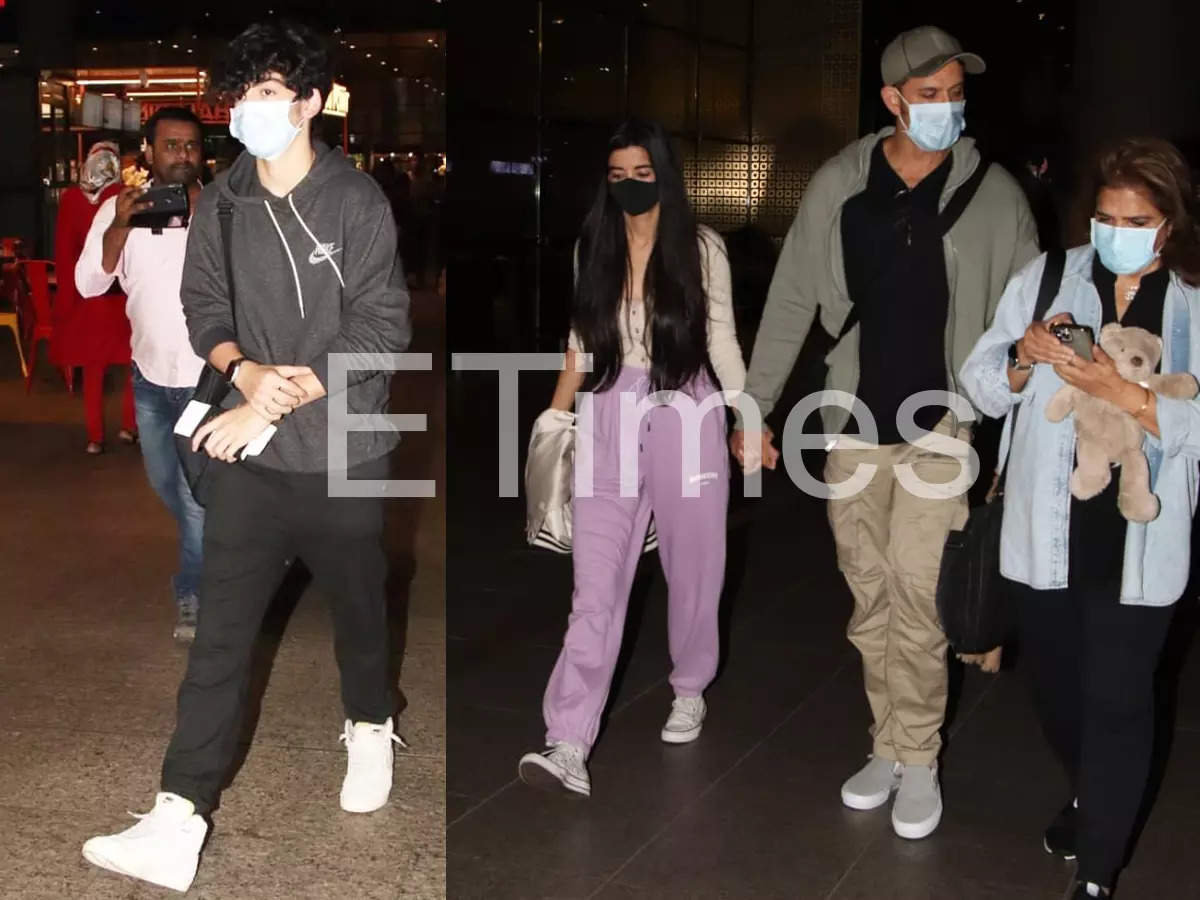 While in Europe, Saba dropped a series of pictures, keeping Instagram updated with their fun outings. From a scenic drive to a jazz night – this couple had an envious vacation, travelling to the best of Europe. After dating for several months, Hrithik and Saba made their romance official with their social media PDA. The couple had even attended Hrithik’s ex-wife, Sussanne Khan’s party in Goa. Sussanne is currently in a relationship with Arslan Goni. Having parted ways in 2014, Sussanne and Hrithik continue to co-parent their two sons, Hrehaan and Hridaan.
On the work front, Hrithik has wrapped the shoot of his upcoming action drama ‘Vikram Vedha’. He shares the frame with Saif Ali Khan in this entertainer, which is slated for release in September. Apart from this, Hrithik Roshan will also be seen in ‘Fighter’, wherein he will romance Deepika Padukone.