Shah Rukh Khan is currently shooting for his upcoming film ‘Dunki’ in London. And now, a picture of SRK posing with the chefs after enjoying an Italian meal at a restaurant in the British capital. In the picture, he can be seen donning a white t-shirt teamed with a black shirt over it and cool shades. The chef Hassan shared the pictures on his Instagram account.
He captioned the post with a dialogue from SRK’s ‘Om Shanti Om’, “Kehte hain agar kisi cheez ko dil se chaho … to puri kainaat usse tumse milane ki koshish mein lag jaati hai.”

Here, take a look:
Interestingly, SRK has met the chef back in 2017 as well. Check it out here: 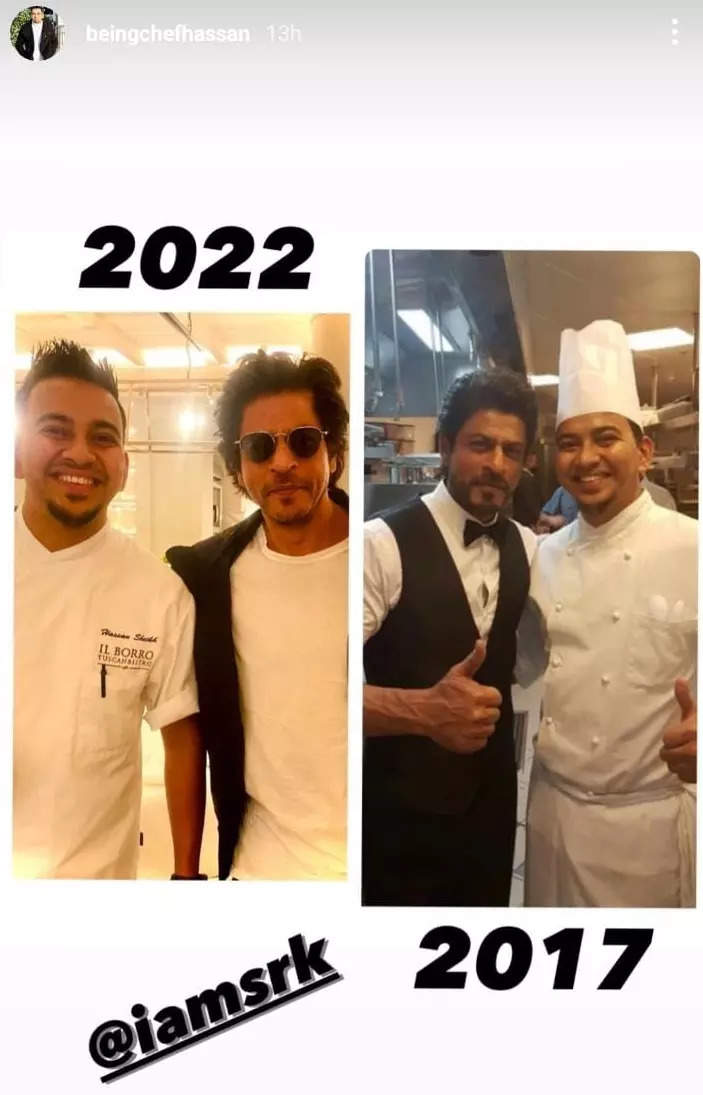 Meanwhile, apart from Hirani’s ‘Dunki’, Khan will also feature in Siddharth Anand’s ‘Pathaan’ co-starring Deepika Padukone and John Abraham. The film has been scheduled to release on January 25th, 2023. He will also star in Atlee’s ‘Jawan’ with Nayanthara and Sanya Malhotra.

#BigStory: Does Bollywood need a fee and content shake-up?

Aamir is in legal trouble over ‘Laal Singh’ 2 min read

Aamir is in legal trouble over ‘Laal Singh’