Murali Manohar, who has worked under the guidance of director Sampath Nandi for twelve years, is all set to make his independent directorial debut. The first-time director has come with a unique title, ‘Simba: The Forest Man’. Billed to be a concept-based commercial entertainer, Murali has brought together an unusual star cast for the film. The film is backed by Sampath Nandi. While the film is at a post-production pace ETimes reached out to the director for our weekly series #BehindTheCamera and in a candid conversation, the director spoke about his directorial debut, the star cast of the film, his association with Sampath Nandi, and much more. 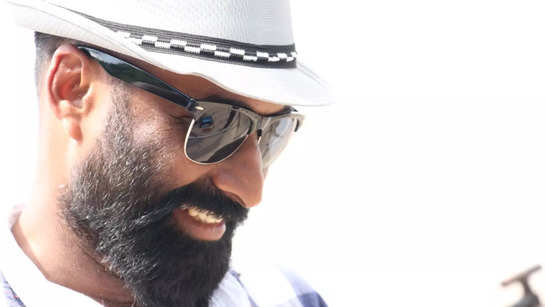 Were you always inclined towards movies?

I was born and brought up in Hyderabad. I did my schooling at St. George’s Grammar School in Abids. I graduated from Bhavan’s Vivekananda College. After graduation, I did my MBA at Osmania University. Later, I went to London for film studies. After completing my studies at London Film School, I made a couple of independent films there and came back to India.
I caught the interest of films when I watched Mani Ratnam’s Nayakudu. I was totally blown away by the movie. He takes everyone into his imaginative world with outstanding narration. And Megastar Chiranjeevi’s films influenced me a lot because I grew up watching him since childhood. During my college days, I used to go to the Sangeet theatre in Secunderabad to watch movies. I watched Steven Spielberg’s ‘Jurassic Park’ in the theatre. What a groundbreaking, exciting and utterly unique film that is.

Did your parents support your decision to foray into the film industry?
Maybe, today’s parents are broadminded. They can understand what their kids are trying to say about their careers. Initially, my parents hadn’t supported my decision. My father told me to do any professional course that will be helpful for my future. He thought that I could get a job even if I don’t succeed in films. So, I did my MBA only because of him. After finishing my MBA, I went to London to get a certification in a film course. But one person who stood with me is my wife Shalini. She supported me all along. She is being my support system.

Did you face any struggles to become a director?

I was a director material from day one. As I said, I worked for a couple of Hollywood Indie movies, and I have some valuable experience as an assistant director. I have learned a lot in these 10 years and I didn’t waste my time at any point. I am passionate about films. So I enjoyed it a lot all these years. When you enjoy the work, you don’t feel that stress and strain. I never felt that anything was difficult. Assistants will have a financial crisis. Many people come to the industry after preparing for it. We don’t have a constant income in the film industry. We need to have a backup. I’ve known it all, and I was prepared for everything.

Whom did you assist in filmmaking, and which are those films?
I joined as an assistant director for my cousin Ravicharan Reddy’s debut film ‘Kalidasu’. That’s when I was introduced to filmmaker Sampath Nandi garu. The journey of both of us started there and continued for twelve years. I have been associated with his films ‘Yemaindi Ee Vela’, ‘Racha’, ‘Bengal Tiger’ and ‘Goutham Nanda’. I opted out of the team after ‘Goutham Nanda’ and started working on my own project. I am bringing all that experience to my first directorial venture.

How was your experience working with Sampath Nandi?
We’ve traveled together for almost twelve years now. I like his association. I can work with him with great freedom. We were a very good team. It was a good journey. Even though I opted out of the team, I will be continuing his association. 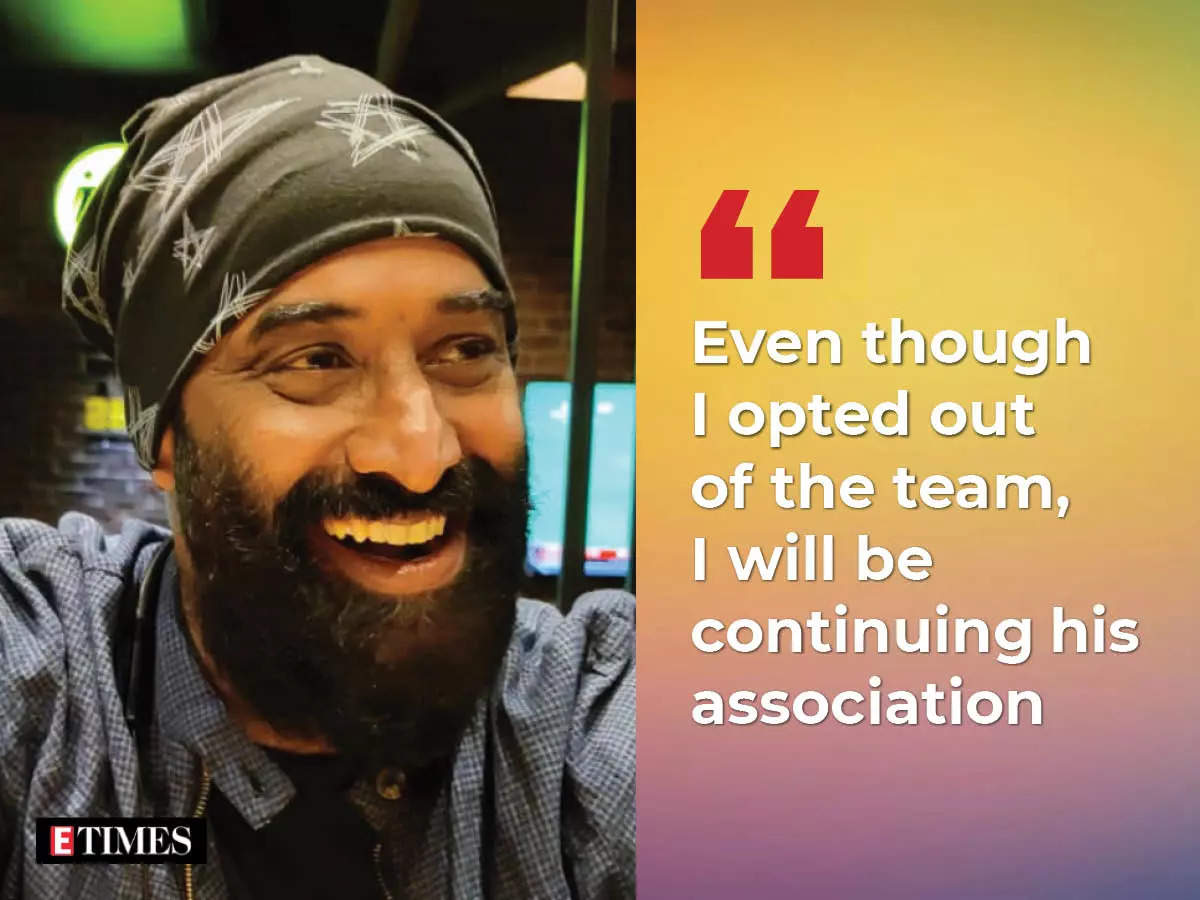 Web series or feature films, which one do you prefer to direct?

I am a big fan of cinema. I accept we’ve to go with the advancements. Many of my acquaintances are also directing web series. However, at the end of the day, my heart lies in the theatrical experience. If I get a chance I will do a web series. But my first preference goes to direct a feature film. My next is also a feature film. Let’s see how things will turn out. 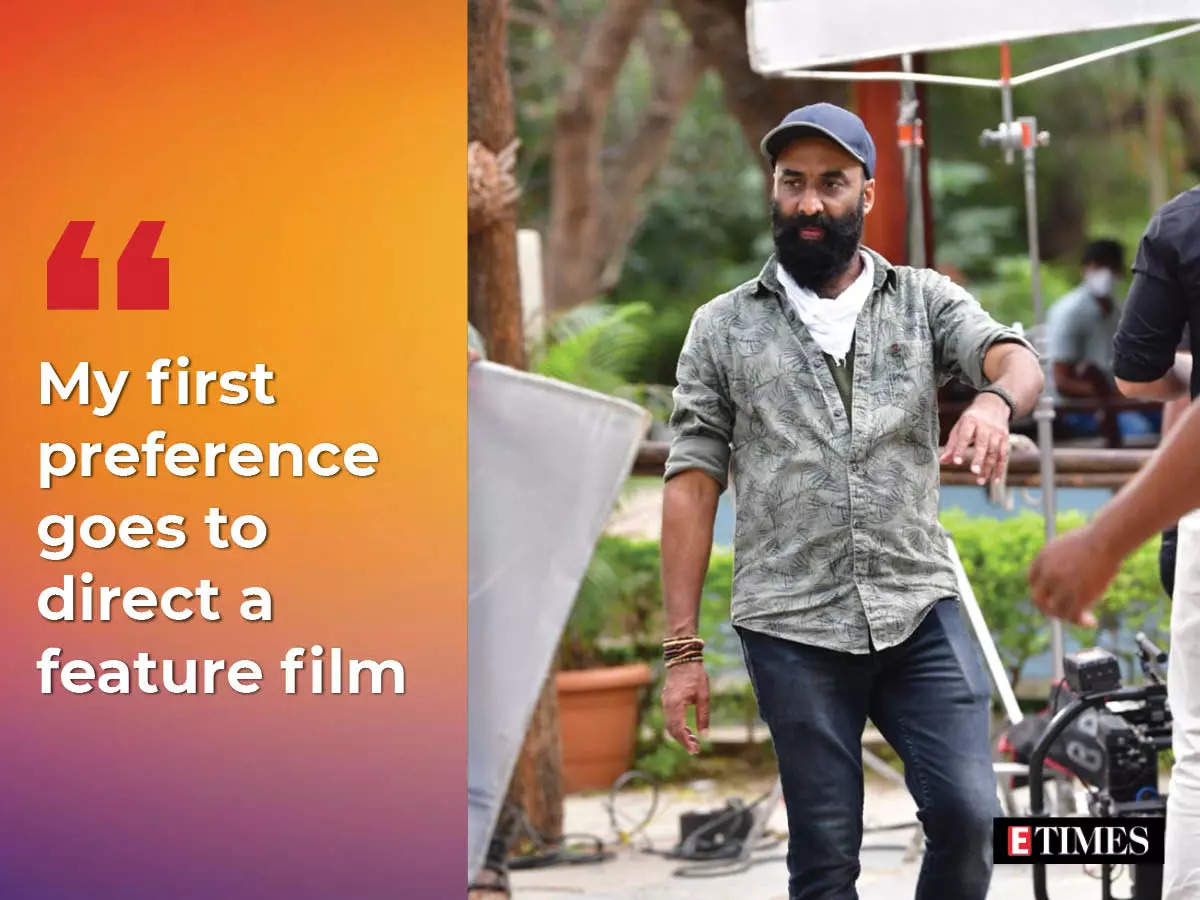 Who is your favourite actor in Tollywood? Whom do you want to work with?
Obviously, it’s megastar Chiranjeevi garu. When it comes to this generation, I like Ram Charan, Gopichand and Ravi Teja, and have worked with all of them. Be it a superstar or a budding actor, I will make a film with whoever will be suitable for my story.

What is your favourite movie in recent times?
Without any doubt, it’s Vikram. A beautiful way of storytelling in a realistic way and very commercialized. I just loved it. I also loved ‘RRR’, which gives us an amazing cinematic experience. Each and every scene of ‘RRR’ was beautifully executed with great attention to detail. 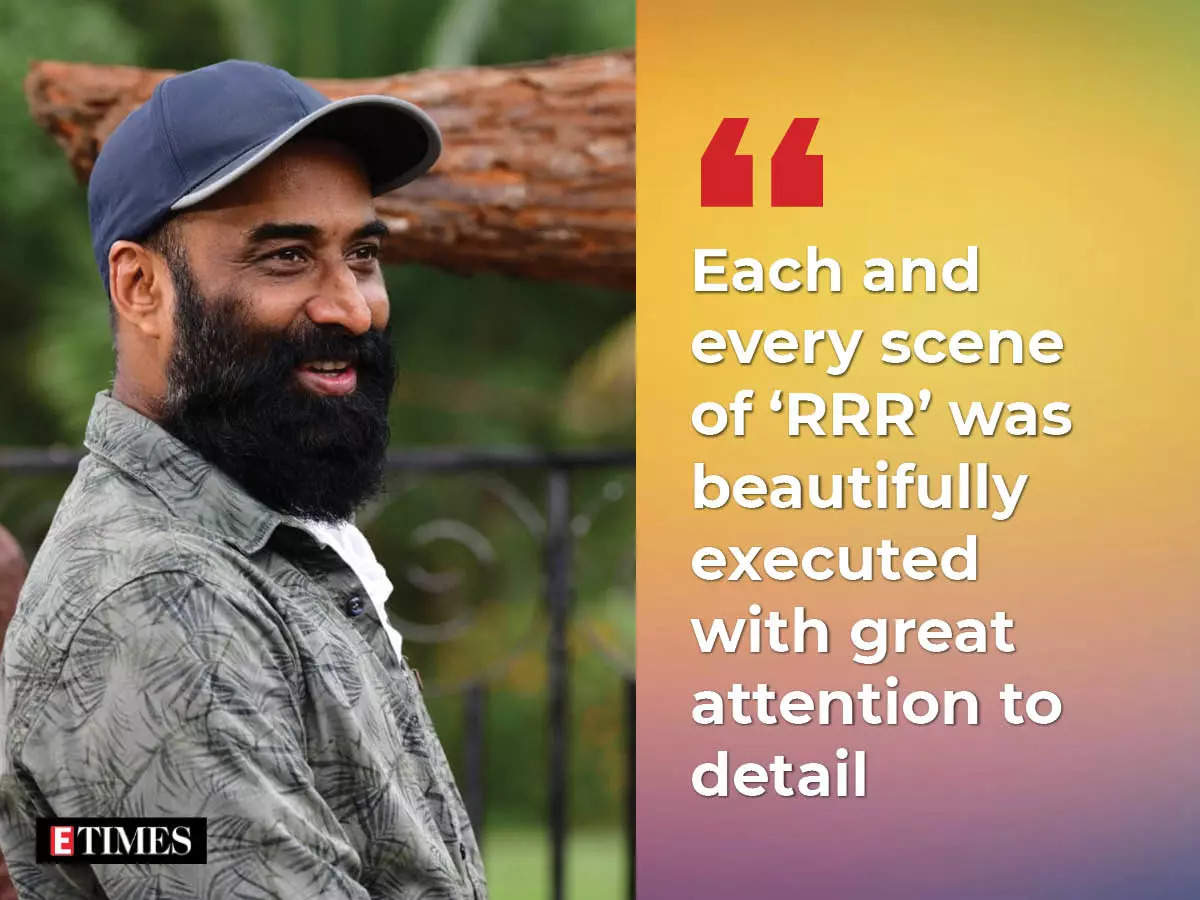 What would you like to say to young and aspiring directors?

Encouraging new talent is essential in every field. I noticed that there are a lot of young guys coming to the industry without proper experience. They make short films and come to work for feature films. Both are completely different. I don’t say making a short film is easy. But it’s a herculean task to make a feature film. My advice for those, who are coming into the industry, is to work as an assistant director for some movies. So that they will get an idea about logistics in filmmaking. A story written on paper is easy to read. But it makes a big difference when it goes on the sets. So, practical experience is very important for young and aspiring directors who want to make their dreams come true. 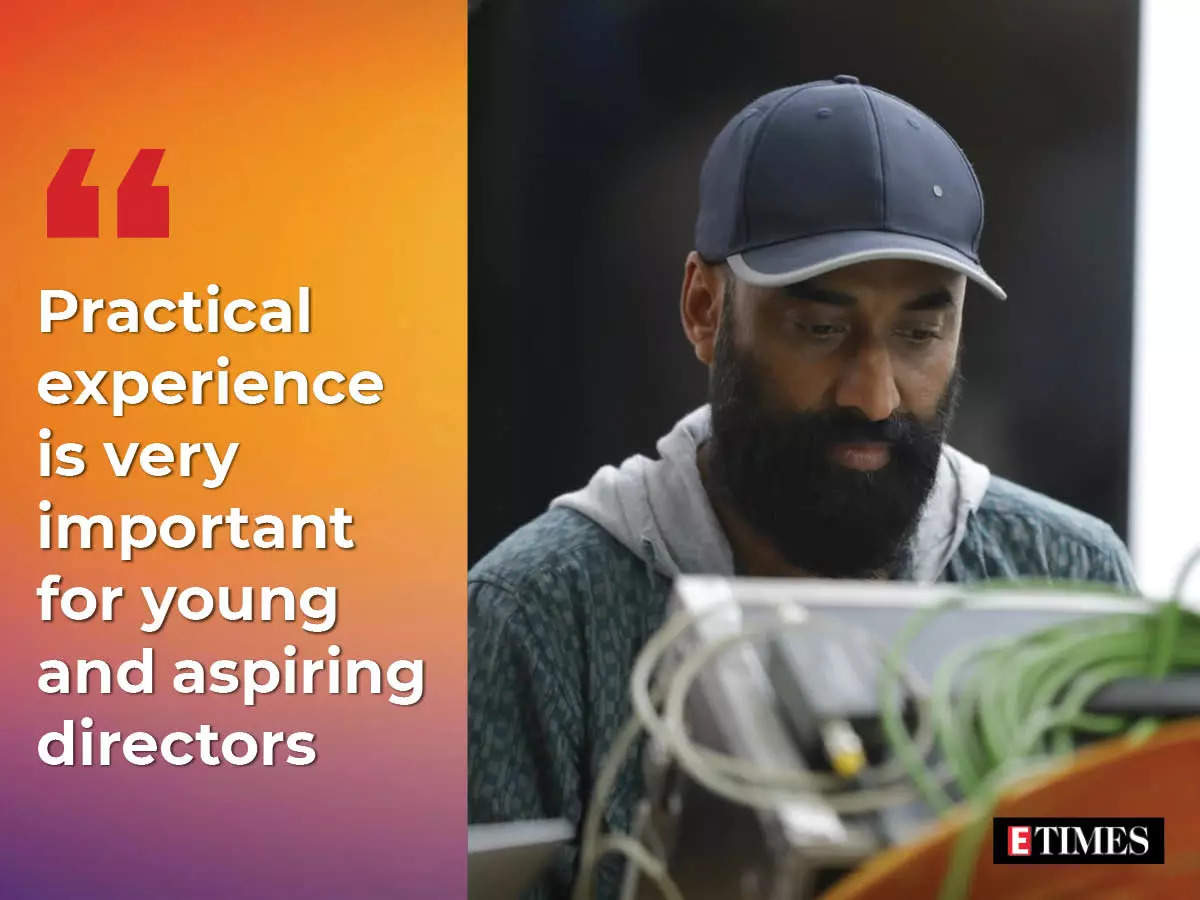 Tell us about ‘Simba: The Forest Man’

The story, screenplay and dialogues for Simba: The Forest Man are given by Sampath Nandi garu. I am directing the film. Sampath garu is also producing the film under his banner. The story of Simba revolves around six different people played by Jagapathi Babu, Anasuya Bharadwaj, Gautami, Vasishta N Simha of KGF fame, Srinath Maganti and Anish Kuruvilla. It’s one of a kind story, and so far no such movie has been made in Telugu. 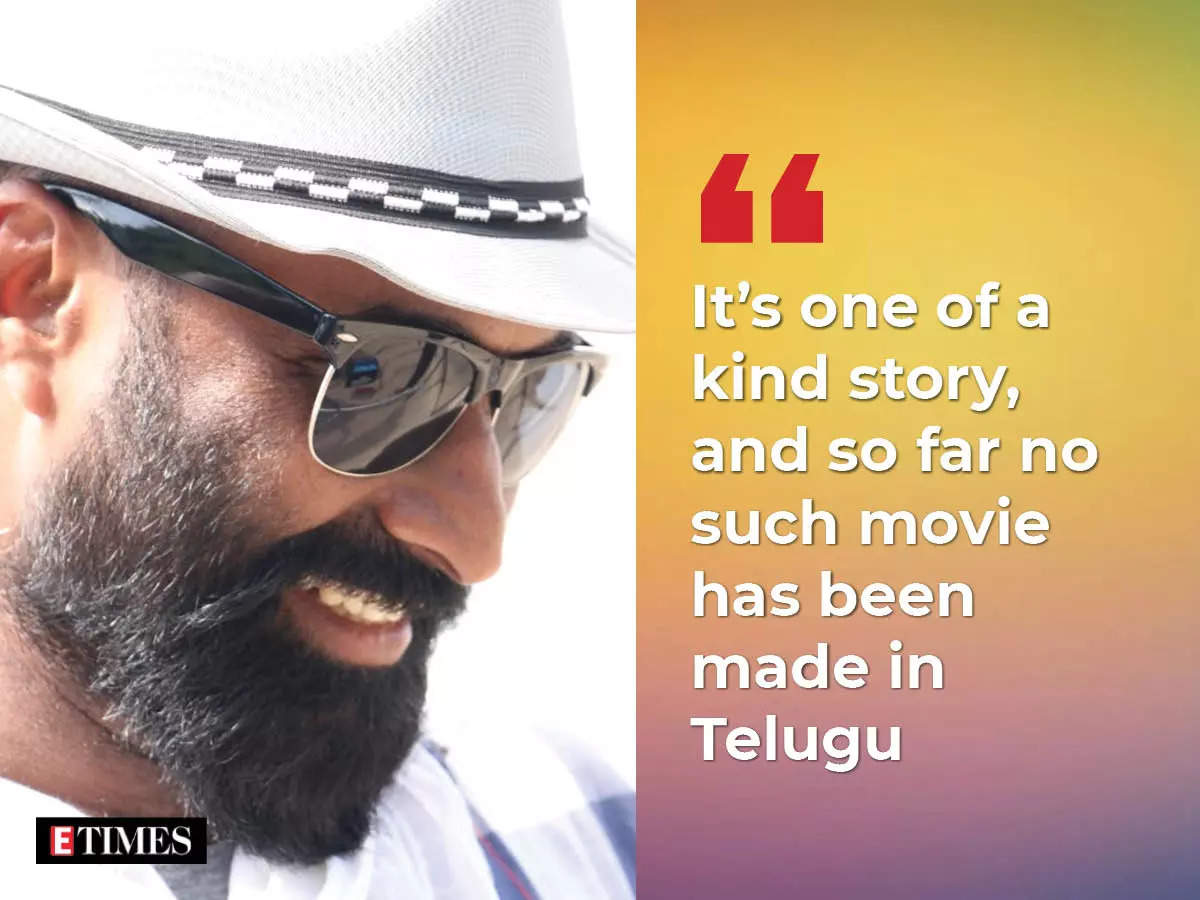 What about the status of the shoot?
We started working on the project before the Coronavirus pandemic, which halted our pre-production work. The film went on to the floors when the lockdown was lifted. We’ve finished the shooting, and the post-production work is progressing at a brisk pace. The first single will be released in a couple of weeks, and we’re planning to release the film by the end of August.