Earlier this year, Portuguese footballer Cristiano Ronaldo made waves worldwide when he moved bottles of a sugar-heavy soft drink out of frame during a press conference, asking everyone to ‘drink water’. That the soft drink giant lost $4 billion around the same time, was pegged as a coincidence. Even so, the power of celebrity endorsement or snub can’t be undermined. Back home, Amitabh Bachchan declined the endorsement offer from a paan masala brand and returned the money when he realised it was surrogate advertising.
A much less publicised, but just as important decision on Mr Bachchan’s part, was to ‘hold back the association, till there was clarity on its legality’ before endorsing a cryptocurrency exchange platform. On the flip side, Shah Rukh Khan, whose brand image is that of a doting dad, found his ads for an educational app ‘paused’ in the wake of his son’s arrest in a drugs bust case, begging the question of whether celebs are mere props to be picked and dropped as the brands fancy.
It goes without saying that brand endorsements are one of the most tangible ways to measure an actor’s celebrity. But, in this race to the top, actors often find themselves at crossroads between business and responsibility. Add to this the pressure of a social media trial, and it is easy to see why celebs need to toe the line. But do new-age actors like Ranbir Kapoor, Ranveer Singh, Sidharth Malhotra, Varun Dhawan, Kiara Advani, Alia Bhatt, Kriti Sanon deliberate before they take up a brand endorsement deal, or is it only the superstars, with a lot to lose that care about this nitty-gritty? It becomes imperative to discuss if brand endorsements are fair deals for actors who lend their popularity and credibility by associating with a brand. Do these stars end up receiving the shorter end of the stick, or is the compensation worth risking their credibility in case the brand or its messaging falter? ETimes’ #BigStory takes stock…

Factoring in the actor

Besides the money, brand endorsements are lucrative deals for celebs. Not only do they not call for any investment in terms of character building or emoting, but it also requires only a fraction of the time it would take them to shoot a film. “Ads also help these actors stay visible in between the long periods of time it takes for their films to release. Also, the money they make in four days from an advertisement is sometimes much more than what they get for a film and here they don’t even have to worry about its box office performance,” points out renowned ad man Bharat Dabholkar, who argues that until a celebrity lives the value of a brand, they can’t even be called brand ambassadors. 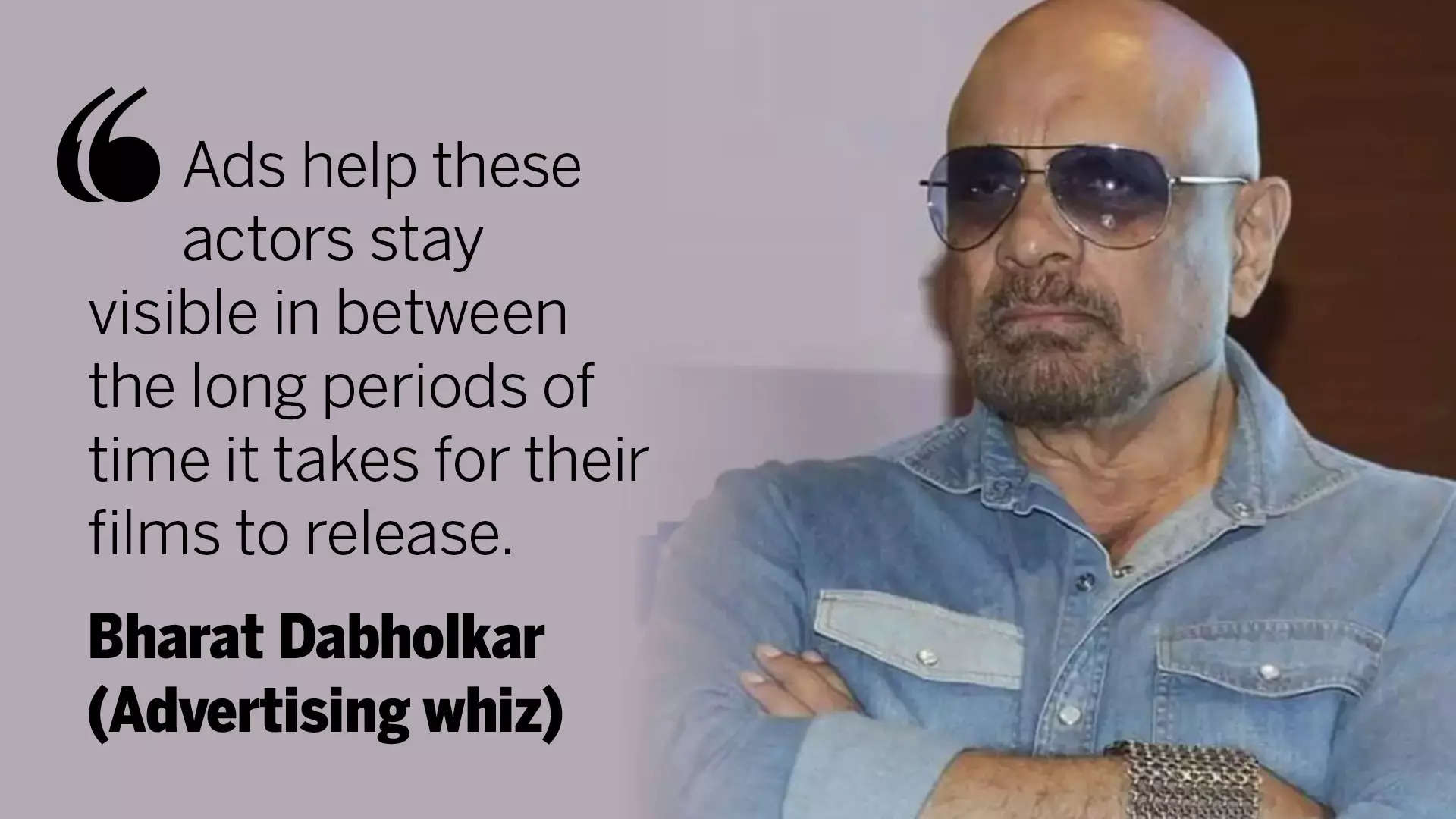 “You can’t put a mug shot of them pointing towards a product and claim that it was endorsed by them; that’s just modelling. Narain Karthikeyan endorsing high-grade fuel makes sense because as a Formula One driver, he might be an authority to tell me why it is better. When I took Mohanlal to represent a tea brand, I cashed in on his intelligent image to inform my target audience about why they should choose this brand over others. Amitabh Bachchan may endorse several brands but the ones that stand out, even for him, are the ones that mesh the brand value in the narrative,” he reasons, adding that celebs should ensure that besides the product, the script of the advertisement is also morally responsible if they don’t want a backlash.

Putting a price on morality


Dabholkar makes a pertinent point. Aishwarya Rai Bachchan drawing flak over a ‘racist’ jewelry ad, or Alia Bhatt upsetting a certain section of the society for advocating ‘kanyamaan’ instead of the age-old tradition of ‘kanyadaan’, are examples of the actors either not informed about the concept or didn’t think of its repercussions. Ad guru Prahlad Kakkar seems to agree with Dabholkar, as he observes, “From Bollywood, I feel very few measure up; I feel only Mr Amitabh Bachchan seems to have a sense of etiquette. Not just the recent endorsement where he graciously turned it down, he’s done it before with Pepsi, too. He used to advertise for Pepsi and then he stopped for moral reasons”. This perhaps also explains why several celebs including Kangana Ranaut, Abhay Deol, and Priyanka Chopra, refused to put their names behind fairness creams despite the hefty deals offered.

Anusha Srinivasan Iyer, Brand Custodian, and Image Strategist, an actor’s perspective on morality, divulging that more often than not, they do take a moral stand when it comes to endorsements. “Unless of course, at times, the lure of lucre is too glittery. Whether it be a film, a brand, or an event, when the celeb is made an offer to lend his face, we ensure we tell them the flipside as much. And let them take a call. Stardom comes at a price… So does wealth,” she reasons.


After former Indian skipper Sourav Ganguly’s health scare earlier this year, an oil brand he endorsed the health benefits of, was mercilessly trolled online. As was a chyawanprash brand, after its celebrity endorser Akshay Kumar, who sung praises of the concoction’s immunity-boosting properties, contracted Covid. Karan Taurani, research analyst and VP of Elara Capital, feels that it was only a matter of time before this kind of calling-out began in India. “Globally, celebs have always been held accountable; it is happening in India too now. Whenever there’s a controversy, the whole brand value takes a hit. When an actor’s films don’t work or cricketer is out of form, it does impact their brands negatively. And you can’t complain about the brand dropping the celeb because, let’s face it, today all it takes is a hashtag to pull down brand value,” he opines. 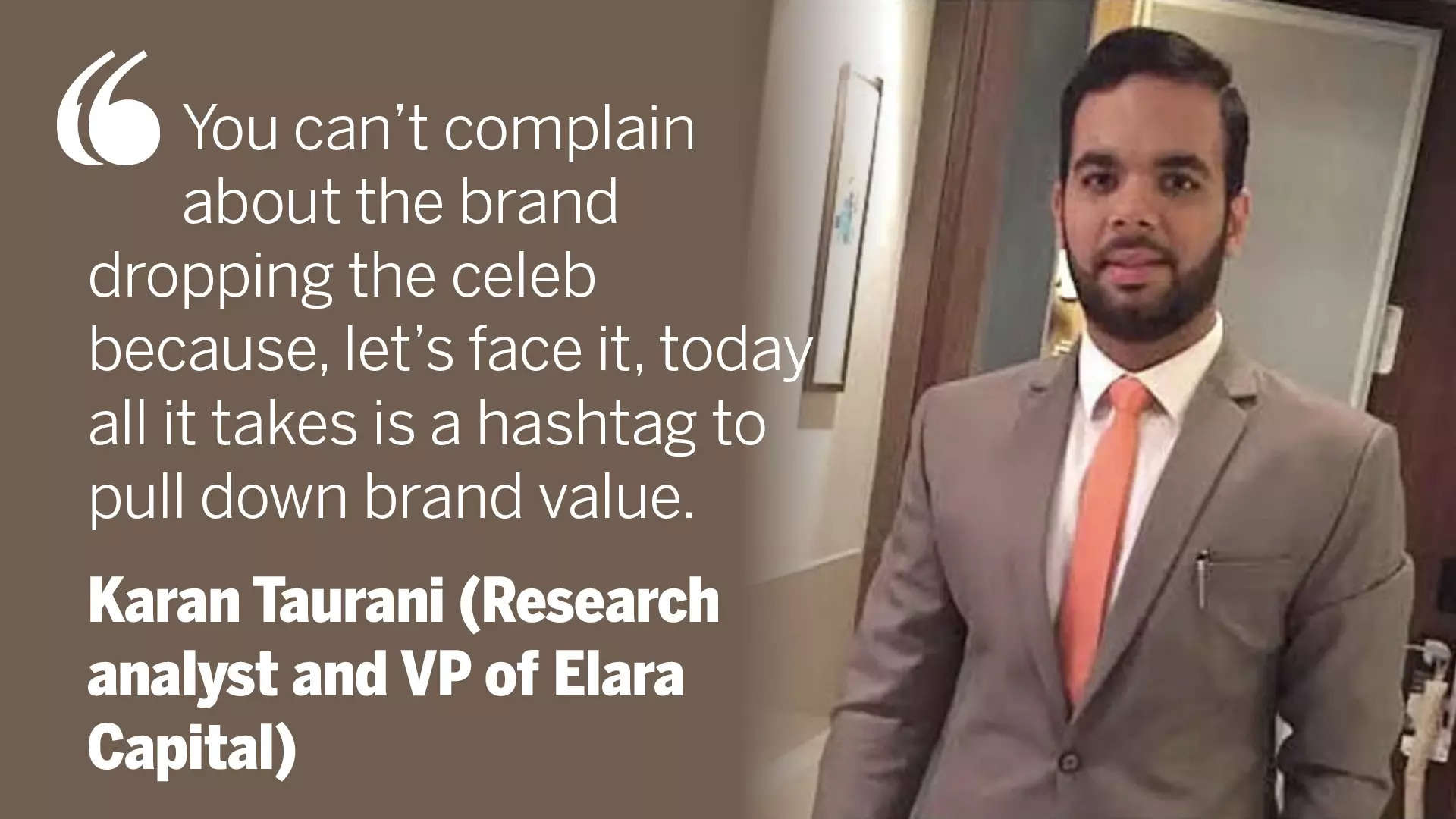 But if trolling was such a deterrent why would celebs like Shah Rukh and Yami Gautam continue to put their names behind fairness creams despite the online backlash. Prahlad feels that online trolling no longer impacts the psyche of the masses. “Trolling is a paid-for thing now; it has lost its sting. Just because a few handles are trolling something, it doesn’t mean that public opinion will be swayed,” he counters. But at the same time, he maintains that advertising is very market-sensitive and it isn’t unusual for brands to drop celebs when their personal lives come under the scanner. “When Michael Jackson was accused of child molestation, he was immediately dropped from the ads for a young cola brand; ditto for Salman Khan who had to stop endorsing a cola brand that prides itself on being preferred by daredevils, after hit-and-run allegations. Whether the celeb is right or wrong isn’t the question here”. 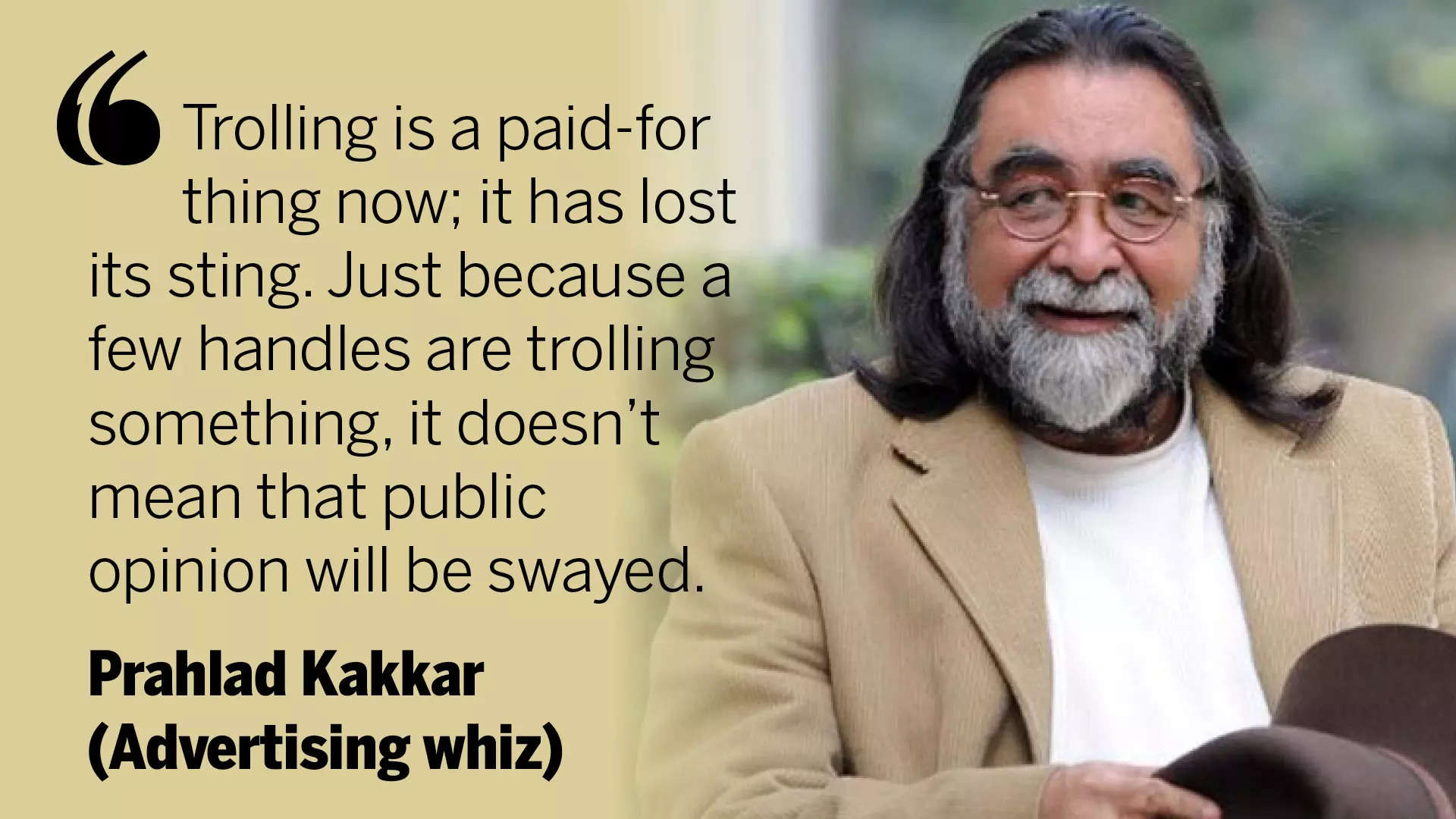 What does the law say?


If you thought celebs can get away scot-free with clauses in their contracts that absolve them of all moral responsibility for featuring in an ad, think again. Celebs like Amitabh Bachchan, Madhuri Dixit, Preity Zinta have been served PILs for endorsing a brand of instant noodles. Shedding light on a celeb’s liabilities, lawyer Vandana Shah says that the gamble of representing a questionable brand is certainly not worth it for celebs whose social capital might take a hit as a result. “Whether or not the court holds the endorser responsible, the celebrity can be named in the lawsuit, if any, because they have profited from the brand’s promotions. There is nothing in the Constitution to stop a person from naming these celebs as co-enablers. Morally, too, it is wrong,” she points out. Besides the hit that their public image takes, the Consumer Protection Act 2019 provides for penalties for misleading advertisements made by endorsers. 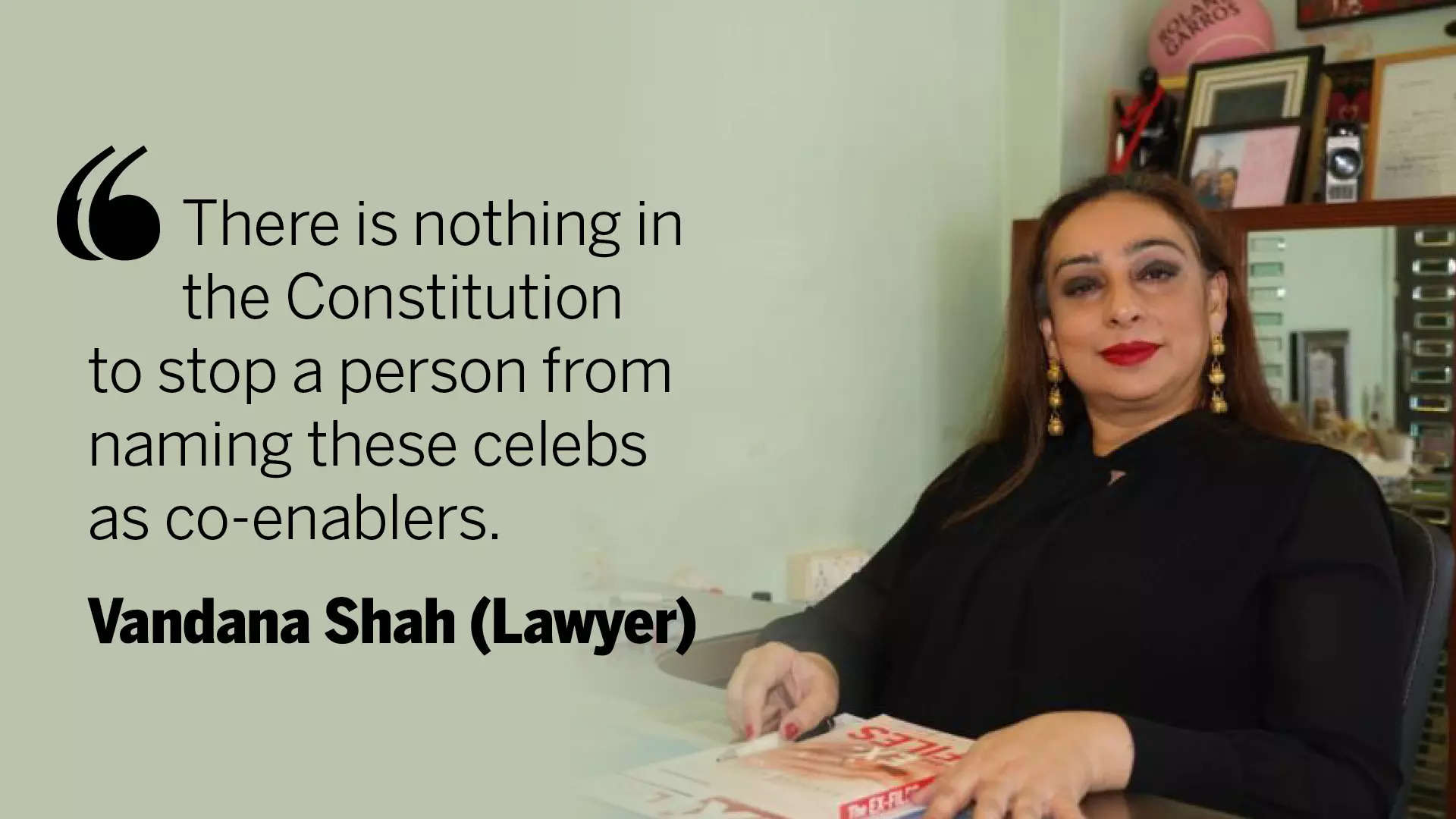 
Given the popularity of social media influencers and the endorsement deals they crack, it isn’t difficult to see why celebs command the kind of fame that they do. To quote Spiderman, ‘With great power comes great responsibility’. Citing the example of SRK’s ads being paused, Prahlad adds, “It’s a sensitive issue involving parents. You see, Shah Rukh is like a foster parent coaching children for the Byju’s brand. Unfortunately, the press painted him out as an irresponsible father, so why would anyone want him to be representing a children’s brand?”

And though it might seem that the deluge of advertisements might have sensitised the young and impressionable, it is far from the truth, claims child counsellor, Seema Hingorrany, who in her line of work encounters several children who ape their favourite celebs no matter what they do. “Youngsters’ minds are still developing; they can’t differentiate between right and wrong because their moral judgement skills are still being formed. They feel that if their role model is doing something, it must be right. We call it ‘mirror neurons’, which means that when you constantly watch someone do something, your mind automatically wires you to do the same. It is also their way of showing the world what a ‘big fan’ they are of the particular celeb. That’s why we always request celebs to act responsibly”. 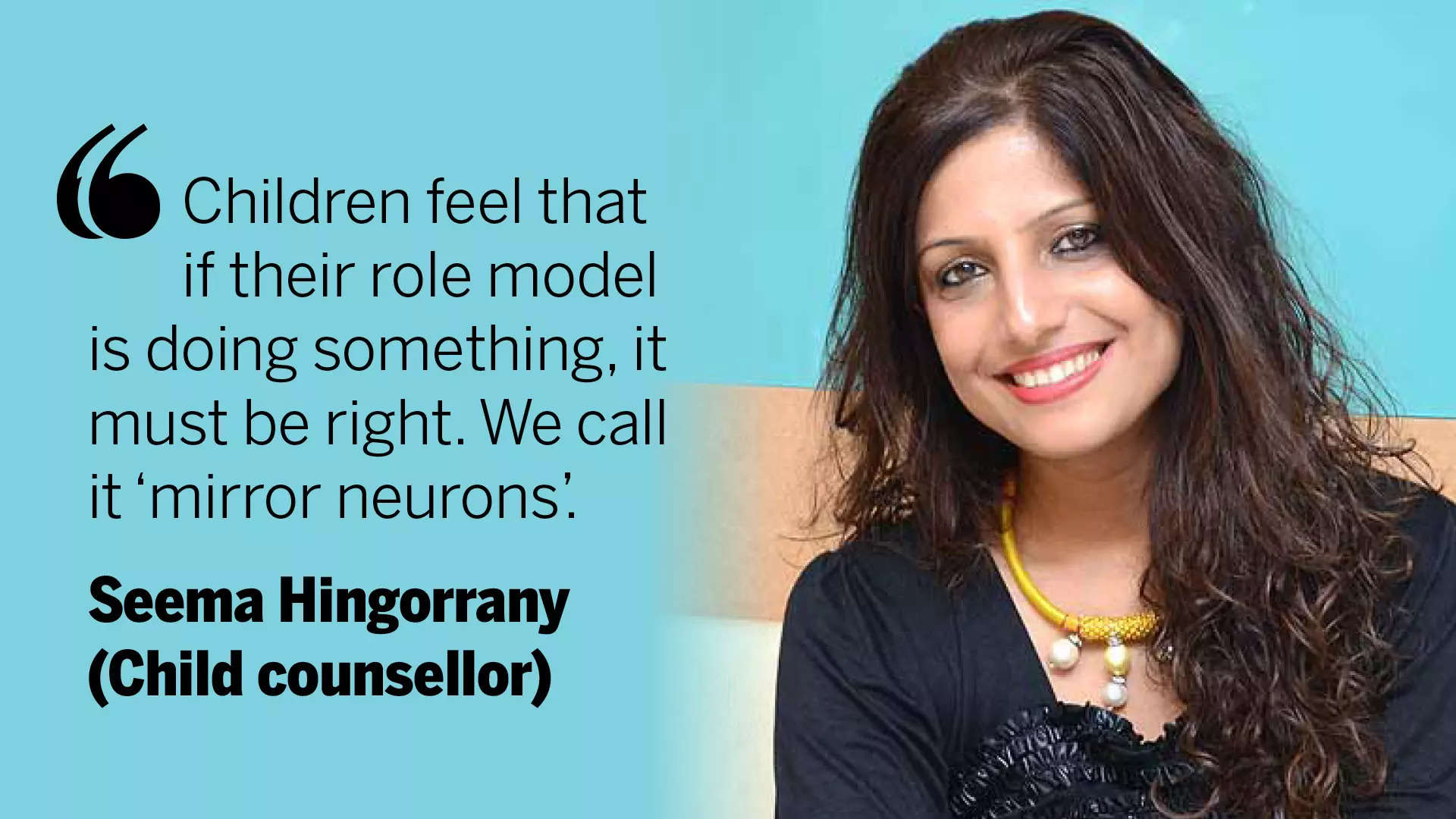 Anusha seconds Seema’s thoughts and informs celebs are aware of their moral responsibility, saying, “A celeb is like a parent. He is a role model whether he likes it or not. His life, personal and professional, is followed by millions, more often by underage children. He carries the invisible social responsibility baggage that weighs him down”.

Whose loss is it anyway?


When it comes to credibility, a brand might have the option of rebranding, changing the face representing it, and even relaunching under a different name if a celebrity endorsement goes awry. But how would a celeb, who invests his fanbase into a product, salvage his image if the tables were turned and the product did more damage than good? Like Genelia Deshmukh who was slapped with a legal notice for duping buyers since she was the face of a real estate company that was caught in a land scam. “And MS Dhoni, who endorsed a realty project, and had to apologise to investors after the clients failed to deliver on their promise, just because he was the face of the project,” informs Dabholkar.
But when celebs do take a rare moral stand is it already too late? Does this move cause them irreplaceable loss? “Not really. At the end of the day, the star twinkling in the sky is a mortal with moral values and is as human as any of us. So at times, he changes his band of advisors and listens to his heart beating beyond the sound of the cash registers. At least, at such times, one needs to respect and laud that stance,” asserts Anusha. 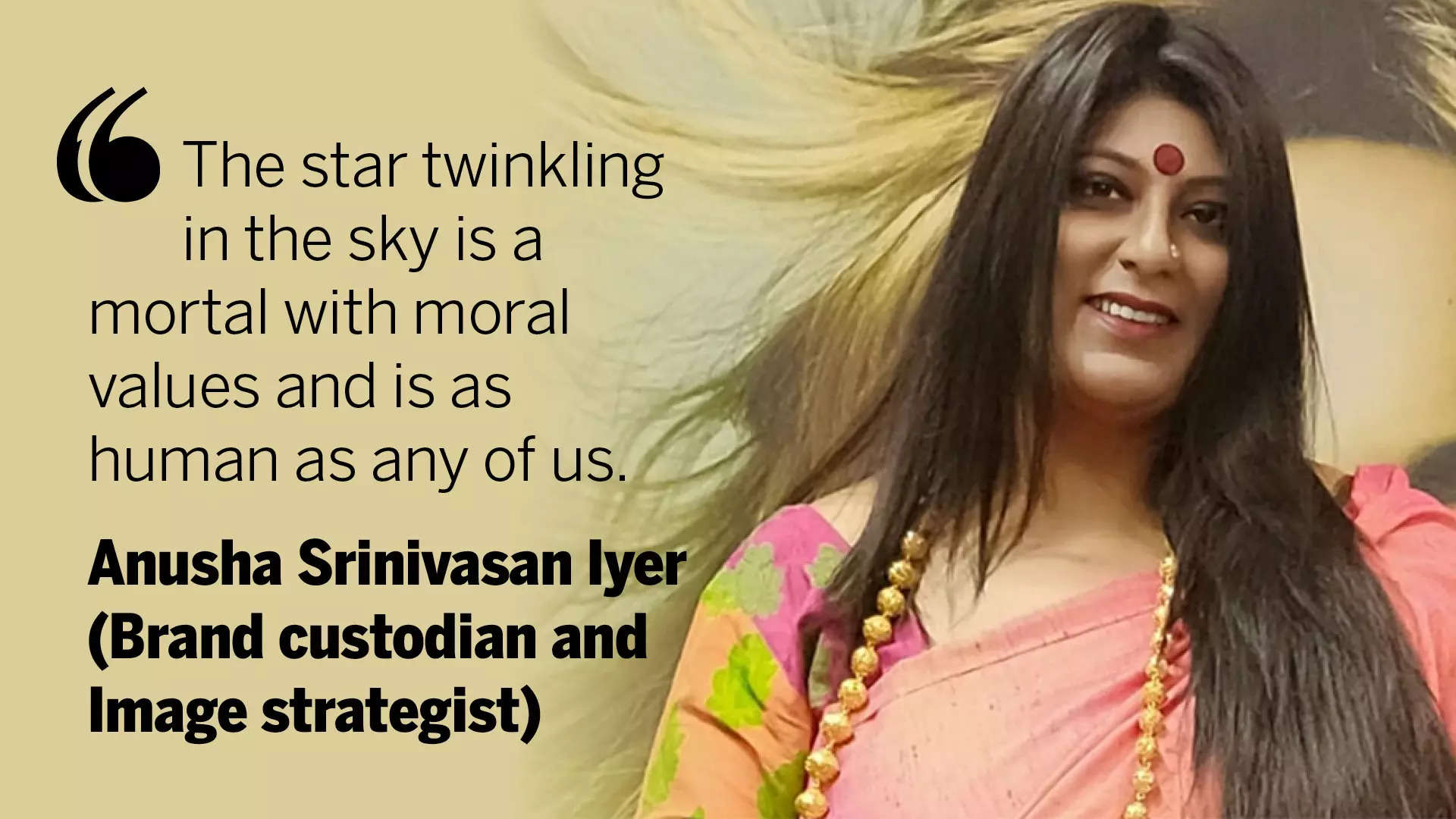