Sunday clearly is family time for Kareena Kapoor Khan and Saif Ali Khan. The couple was seen arriving for the get together with Kareena’s family which included her father Randhir Kapoor, Karisma Kapoor, her aunt Reema Jain amidst others. The actress was seen in a casual avatar, in white t-shirt with black pants looking stunning as always. Even Karisma was spotted in white. 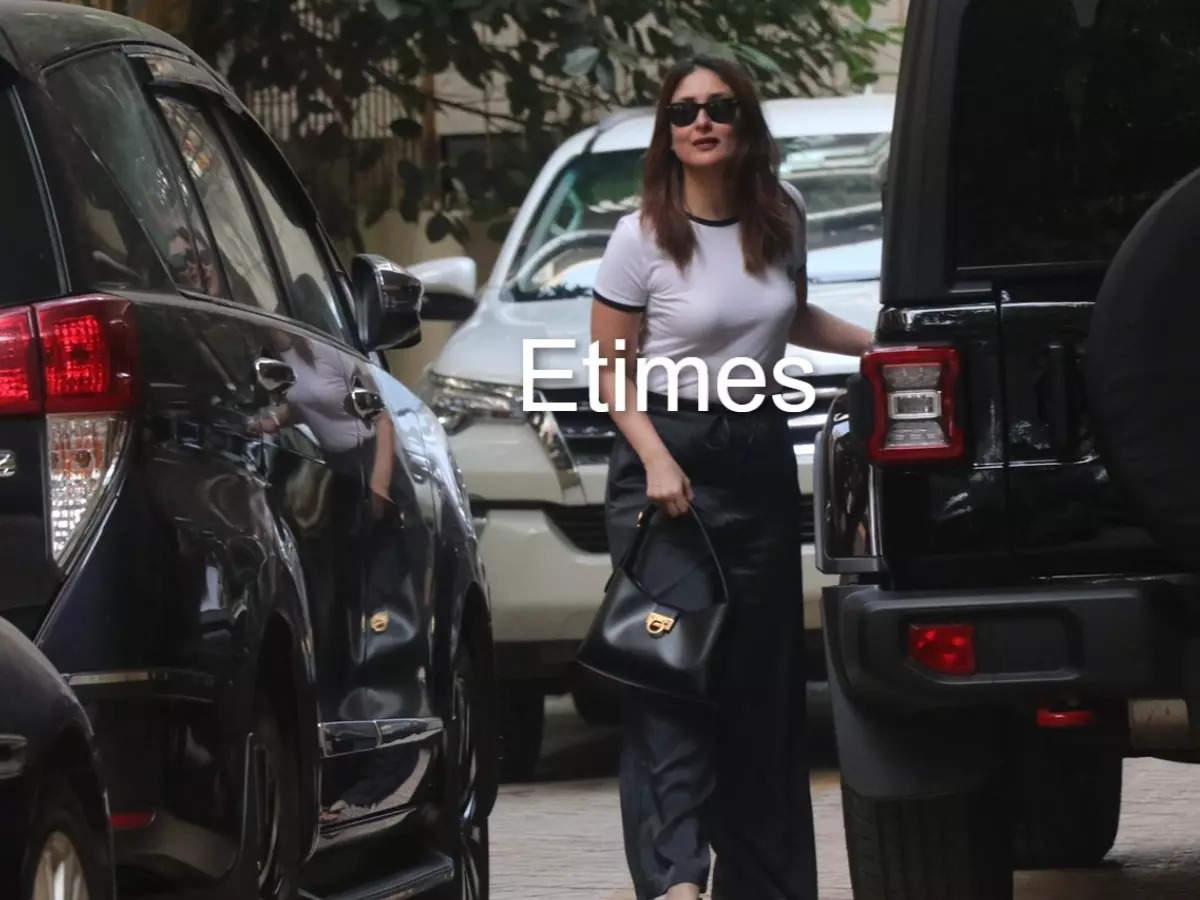 Kareena dropped a picture from her fam jam on her story. 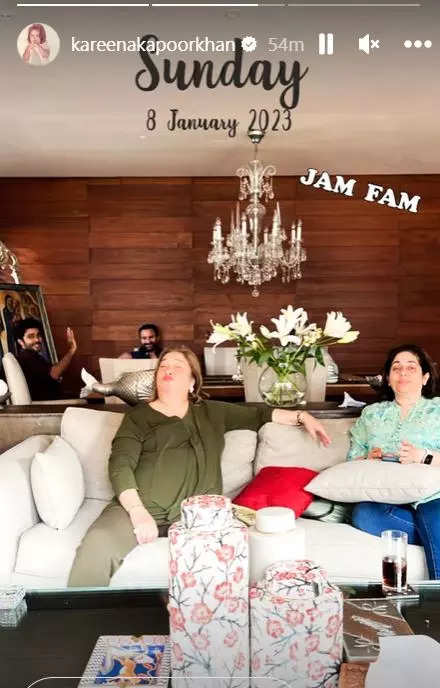 She also shared a picture of the meal she was having which and she wrote, ‘Lolo ke ghar ka feast’. 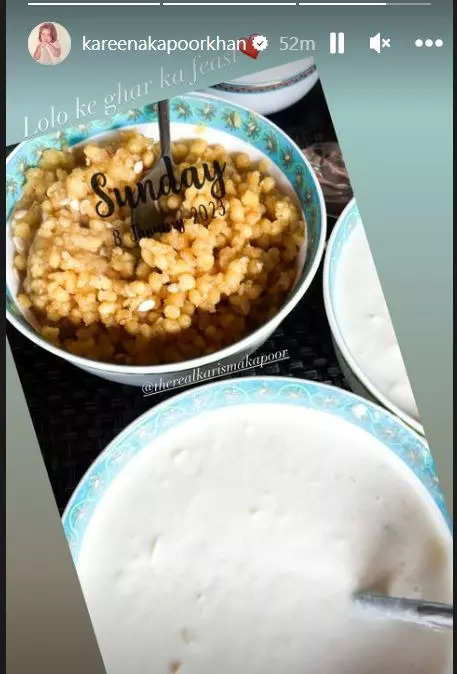 Karisma dropped a gorgeous groupie with Kareena and Saif from an elevator.
Kareena and Saif have just returned from their holiday in Gstaad, Switzerland where they spent their Christmas and new year. They visited the place after three years and it’s their favourite holiday destination. The actress looked drop-dead-gorgeous in an emerald green high-slit gown while Saif looked dapper in a bow-tie suit. Taimur also wore a tie and jacket while baby Jeh was at his cutest.
On work front, Kareena is set to begin shooting for ‘The Crew’ this year which also stars Tabu and Kriti Sanon. The actress will be seen making her OTT debut this year with ‘The Devotion Of Suspect X’ directed by Sujoy Ghosh, co-starring Vijay Varma and Jaideep Ahlawat.
Kareena has turned producer with Hansal Mehta’s next. Meanwhile, Saif would be seen next in ‘Adipurush’ this year.
Source