Arjun Kapoor recently conducted an interactive session on Instagram with his fans where the actor answered some questions posed by his followers.
One of his fans urged the actor to do a film with Anushka Sharma. Responding to him, Arjun shared a collage of himself and Anushka and wrote, ‘This collage is the closest we have come to working together but I think u should request her also…@anushkasharma’ 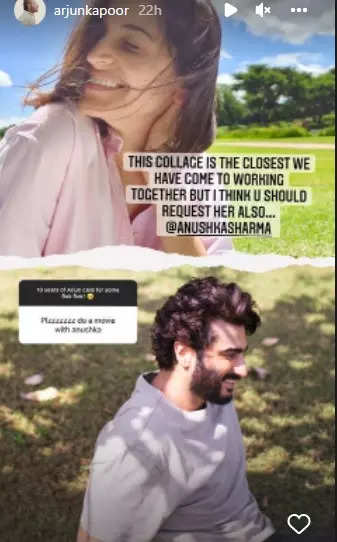 When a fan claimed that he has turned more stylish now and asked the reason for his transformation, Arjun replied, “I mean have you seen the women in my life.” 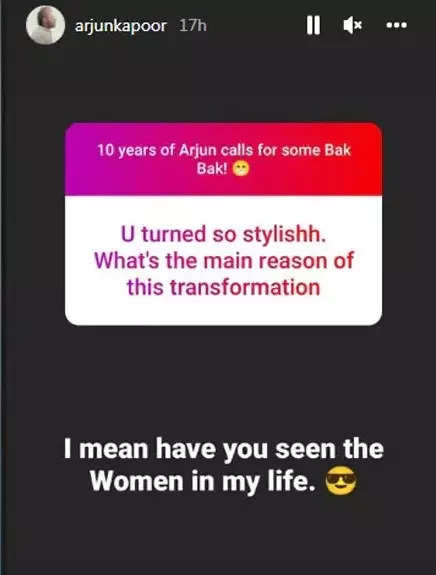 Arjun Kapoor completed a decade in the film industry this week. The actor shared a post on Instagram to mark 10 years of his debut film, ‘Ishaqzaade’. Arjun shared a video on Instagram with his fans and wrote, ‘As I left for work today, I felt grateful to soak in the first ray of light. Even after a decade of working in this industry, it still feels like the first day of shoot. #Gratitude #10YearsOfArjunKapoor.’


His fans and friends showered love on his post and his ladylove Malaika Arora also commented on it. She wrote, ‘This film , this song’. Arjun also shared the same video on his Instagram Stories. Malaika reacted to it, “Congratulations!!! To many more decades @arjunkapoor.” Arjun reacted to her comment, “hopefully with shorter outdoors so I don’t have to be away so long,” along with a heart emoticon. 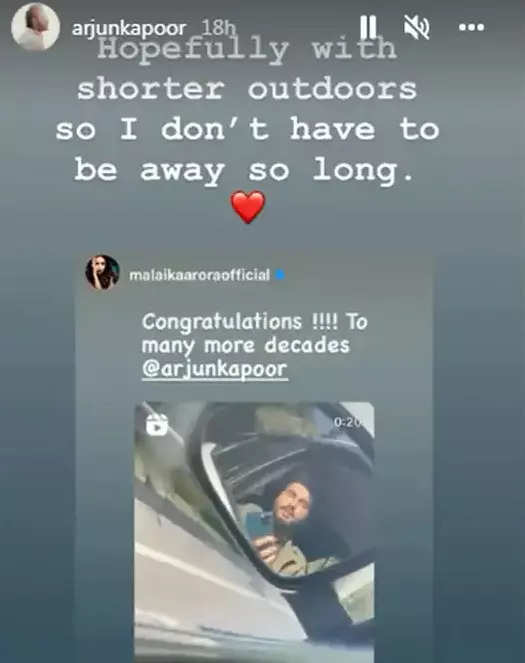 Meanwhile, on the work front, Arjun will next be seen in Mohit Suri’s ‘Ek Villain Returns’ co-starring John Abraham, Disha Patani and Tara Sutaria in lead roles. He is also a part of Vishal Bhardwaj’s ‘Kuttey’. The film also stars Tabu, Konkona Sen Sharma, Naseeruddin Shah and others. Source