Anushka Sharma took to Instagram to share a picture of herself clicked in her gym. The actress decided to flaunt her toned physique as she posed in front of a mirror. Donning a neon green loose top over a sports bra and gym tights paired with shoes, the actress surely gave everyone some major fitness goals.
Well, Anushka had a perfect caption for the picture that read, “Mehnat karri aur show off nahi kiya toh kya mehnat karri. (After working hard if you don’t show off then what’s the point of working that hard!) 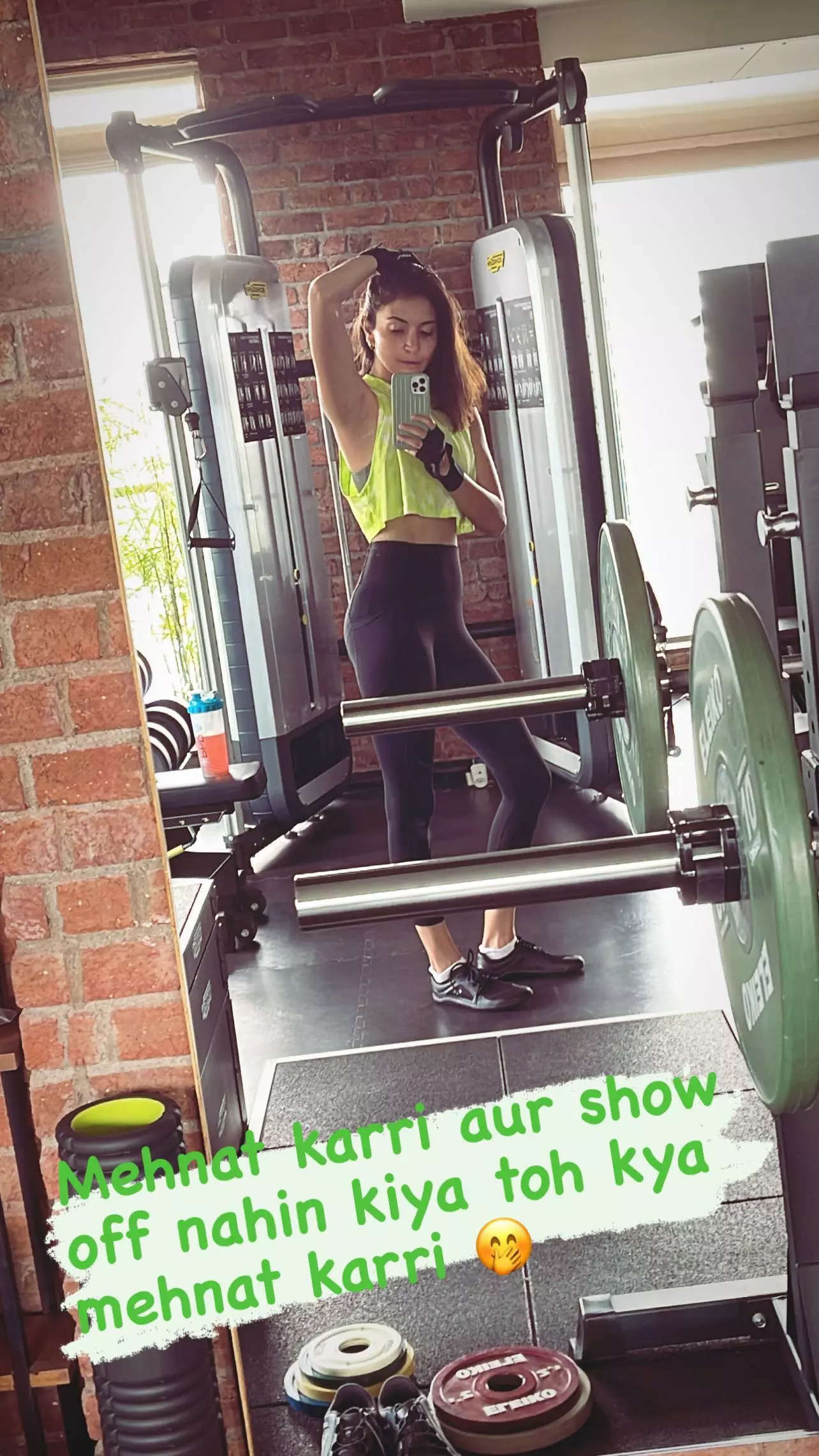 Meanwhile, on the work front, the actress will next feature in ‘Chakda Xpress’. The film is based on the life of cricketer Jhulan Goswami. Directed by Prosit Roy, the film will release on an OTT platform directly.
Anushka took a long break from her professional life after she welcomed her first child, her daughter Vamika, as she wanted to spend time with her and after a long wait, the ‘Jab Harry Met Sejal’ actor is all set for her comeback.