A report suggested on Sunday that Anushka Ranjan and Aditya Seal are expecting their first baby soon. Soon, rumour mills were rife and the news spread like fire. But the couple has now slammed these rumours with a hilarious post.
Anushka dropped a picture with Aditya on her lap and she wrote, “He is the only baby in my life right now!! We are not pregnant!” 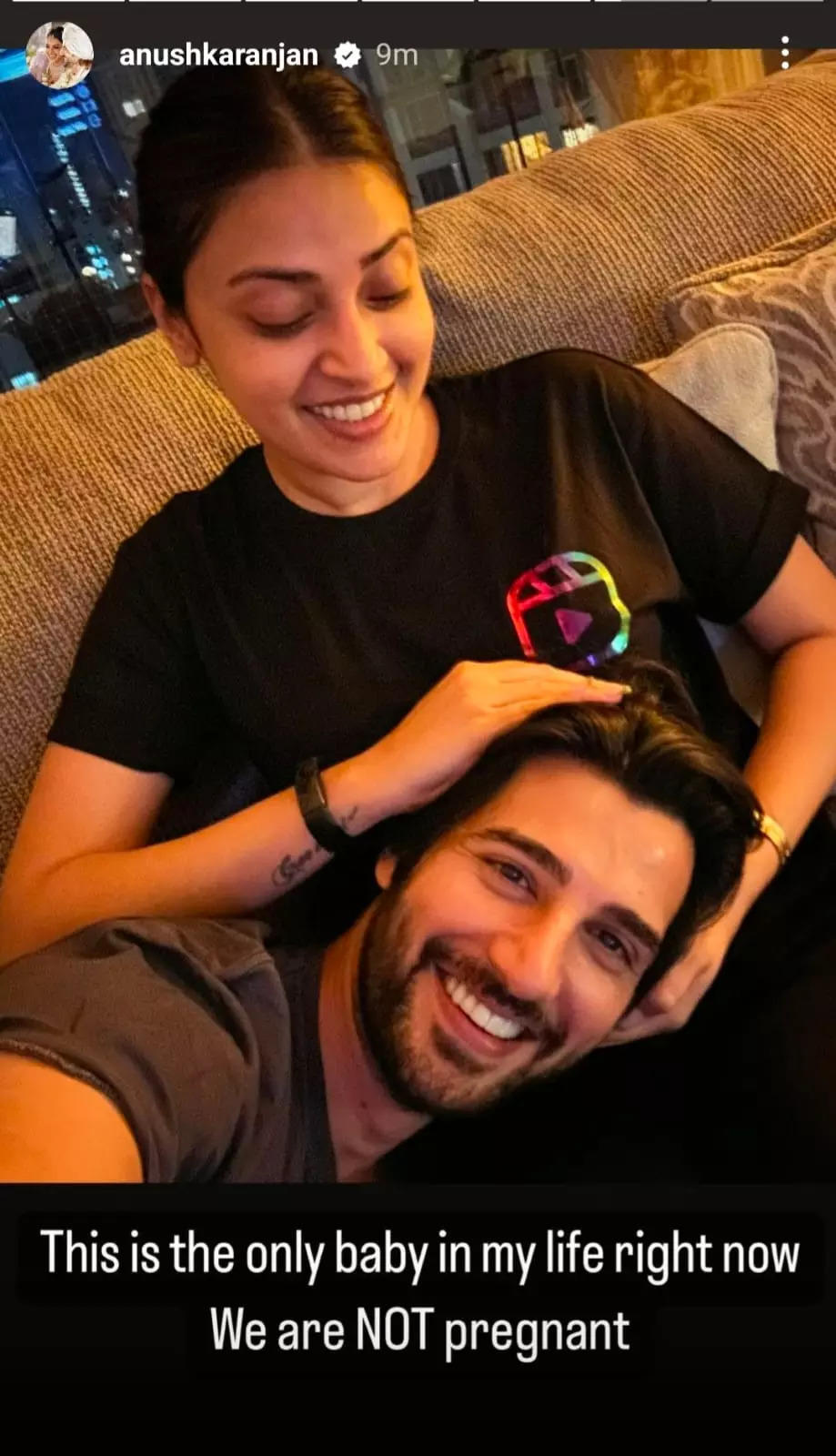 Aditya also dropped the same picture and said he is the only baby in Anushka’s life right now.

The couple was in Dubai for their New year holiday and has just returned to the city.

Aditya and Anushka had got married in November 2021 after dating for a few years. The couple had a dreamy wedding in Mumbai and the way Aditya recreated ‘kive mukhde’ for Anushka as a wedding gift in his voice continues to remain fresh in the hearts of netizens. They can’t get over the song and Anushka’s beautiful entry in it. Recently, the couple celebrated their anniversary.
The actor dropped a special post for his lady love. He wrote, “Happy anniversary my love💜✨ Thank you for all the happiness you get in my life .. everyday is a new adventure full of surprises and happiness and I’m grateful such a pure soul like yourself chose me to be their life partner✨ You’re energy you’re love you’re happiness.. I’m blessed. I love you ❤️”
On the work front, Aditya Seal was last seen in ‘Rocket Gang’. The film also starred Nikita Dutta, Jason Tham, Mokshda Jaikhani, Sahaj Singh Chahal, Tejas Varma, Aadvik Mongia, Jayshree Gogoi, Dipali Borkar and Siddhant Sharma. It was directed by Bosco Martis.
Source