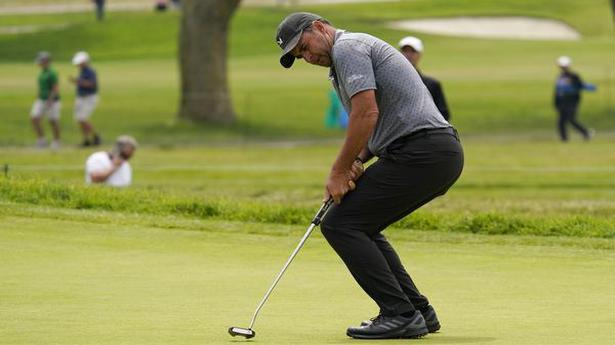 England’s Richard Bland and American Russell Henleyshared the lead after Friday’s second round of the US Open with South African Louis Oosthuizen and Matthew Wolff one stroke adrift.

Henley lipped out a two-foot par putt on his final hole to fire a one-under 70 and settle for a share of the lead on five-under 137.

After shooting a 67 on Friday, 48-year-old Blanda has the possibility to become the oldest winner in US Open history, breaking the mark of 45 set by American Hale Irwin in 1990.

Oosthuizen fired 71 to share third on 138 with 22-year-old American Matthew Wolff, last year’s runner-up, who is coming off a two-month mental health hiatus.

Meanwhile, defending champion Bryson DeChambeau shot 69 to share 13th on 142 and four-time Major winner Rory McIlroy struggled to a 73 to share 21st on 143.