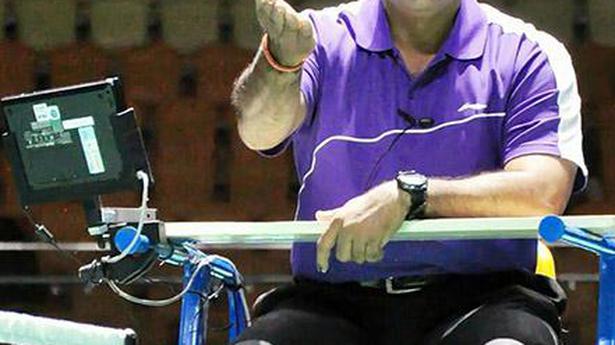 It is nearly two years since he last officiated a badminton match, but international umpire Fine C. Dathan is not worried.

He is the only umpire from India who has been nominated by Badminton World Federation (BWF) to officiate in the Tokyo Olympics. Fine C. Dathan is confident of his ability and COVID-19 induced restrictions, which forced him to miss a few international tournaments, doesn’t bother him.

Fine is on the threshold of an unique achievement as an umpire after having officiated in practically all major tournaments including the Asian Games, Commonwealth Games, World Championships, Super Series, Thomas and Davis Cups and Sudirman Cup. The Olympics was the only major event which was missing from his ‘resume’ and he is happy that he will be adding it soon.

“Officiating in the Olympics is the ultimate dream for any badminton umpire. It is a rare opportunity as BWF only gives one chance to an umpire and chooses the best from its elite panel for the Olympics,” said the assistant professor of physical education.

“I became a BWF elite panel umpire in 2014 and I have officiated in all major tournaments around the world and witnessed some memorable matches from close. It is a privilege. The BWF grades its umpire and I must have got the maximum grading points to make the cut for Olympics.”

“It is a great gesture from KBA to grant me a financial assistance of ₹1 lakh. It feels good to be recognised at home. I wish to thank Murali sir for guiding me in my career,’’ he said.